I landed in Jakarta after a long day of travel the day before. Not only was jet lag hitting me hard, but I also only got about 2 hours of sleep on the flight. So I was pretty dang tired going through border control.

Indonesia requires that you have a visa, but it’s probably the easiest visa you can get. For many countries it’s free and you get it upon arrival. It’s similar to Europe’s visa. However, because I’ll be staying in Indonesia longer than the standard visa allows (30 days), I needed to get a VoA (Visa on Arrival, 35 euros) so that I can later work with an agent to extend my stay another 30 days.

After my luggage didn’t make my connection flight in Ireland last week, I was a little worried that it would happen again. After what felt like forever (and being one of the last people waiting in baggage claim), my backpack finally came through the conveyor belt. And I released a huge exhale.

Because I knew today was going to be rough, I booked myself at a resort hotel near the airport. My hotel package included airport transfers, a massage, access to the jacuzzi and sauna, and a king size bed. And since it’s Indonesia, it was quite affordable. I absolutely could not wait.

I arrived into my room at 10am and immediately fell into a nap. I know you’re not supposed to do that – you’re supposed to fight jet lag as much as possible, but I was exhausted. There was no way I was staying awake for the next 12 hours.

I woke up to make it to my massage appointment and spent the next 90 minutes in pure bliss. I had no idea that I had so many knots. I had knots in my calves! How is that a thing?

I then bounced from the jacuzzi to the sauna to the cold pool in rotation. It was so nice to just let my skin sweat and breathe. I also purchased a Thai Iced Tea. It tasted like chocolate flavored vitamin B. A very specific taste for sure. Still haven’t decided if I liked it.

And now I’m laying in my king size bed about to order room service and watch Stranger Things. Today has been filled with good life choices. 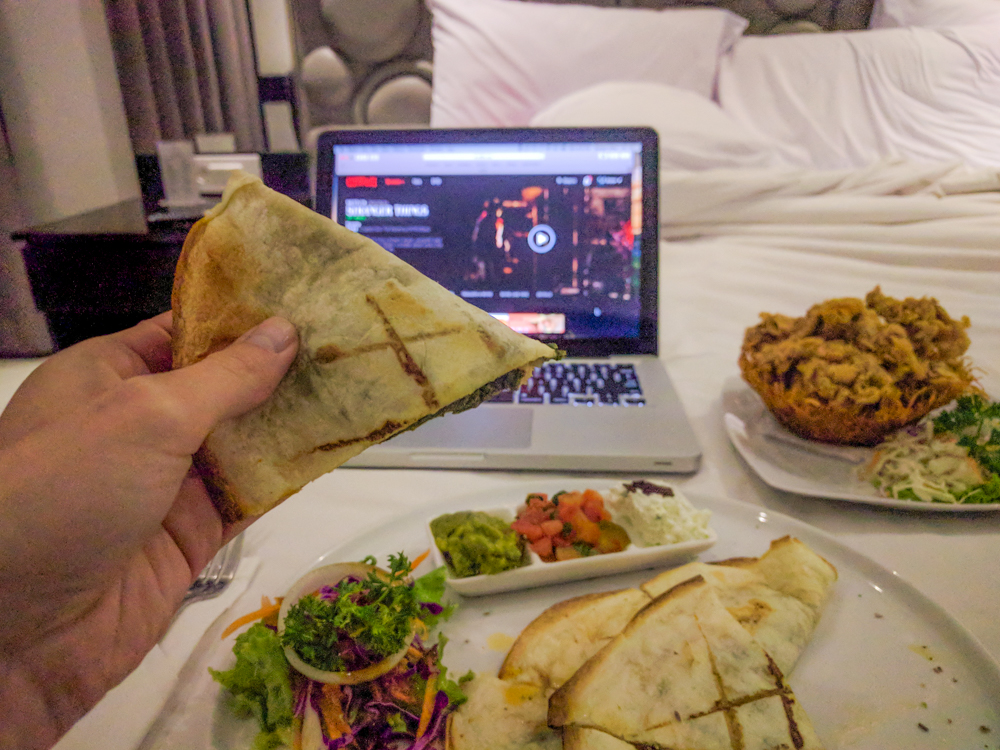