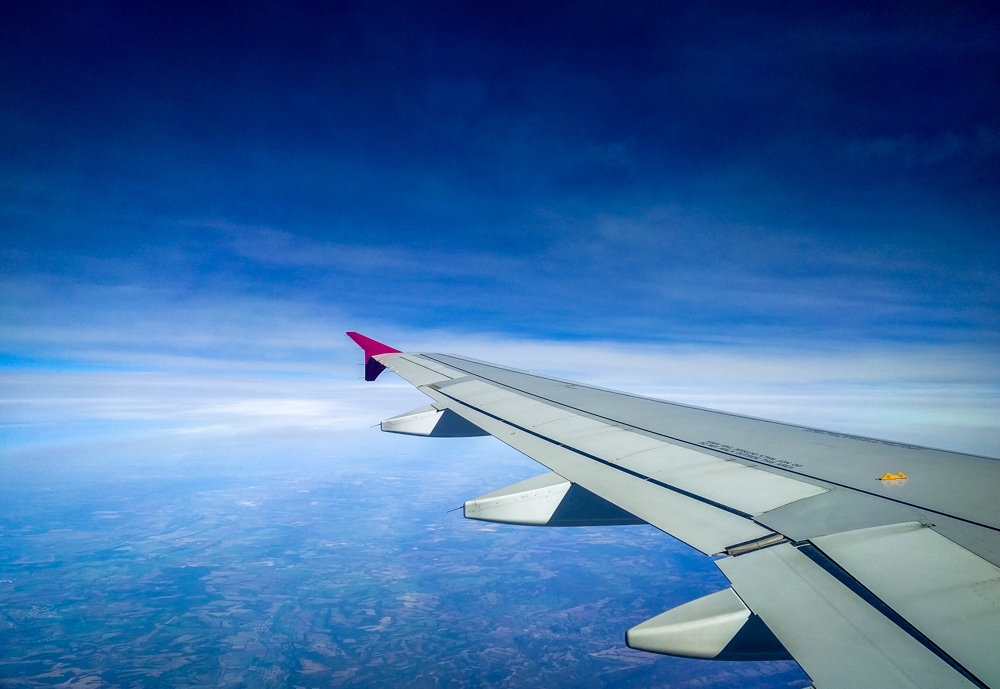 As a frugal traveler, I generally opt to fly budget airlines. Like super budget. So budget, in fact, that one airline actually went bankrupt leaving over 100,000 travelers stranded in airports just days after I flew with them to Croatia.

When I recently flew to Ireland, I was pumped to discover about the free packaged sandwiches and drinks. I was living large on that plane.

When I sat down, I had a pillow, a blanket, and my personal tv screen. I’ve heard about such flight experiences, but it hasn’t been in the cards for me on this trip … until now.

When they delivered a menu where I could choose my breakfast, I nearly lost my nonchalant cool. Y’all, I am flying in the lap of luxury. I ordered a yummy bread and butter pudding with a blueberry vanilla sauce. Plus a muffin. Plus a yogurt. Plus a croissant. Like I can’t even eat this much!

Fun fact – I actually already ate breakfast that morning too. Second breakfast anyone?

Imagine if I ever flew Business Class …

Throughout my journey, I watched four movies. Which is basically heaven on earth for me. My main hobbies include: watching movies, eating, and napping in that order.

I watched Spider-Man: Homecoming, Baby Driver, The Secret Scripture, and Everything, Everything.

Spider-Man: I was skeptical about Hollywood making another spider-man movie. I mean, honestly – isn’t five enough?? But I was surprised by how much I actually really liked this Peter Parker. I think he won over my heart with his adorable awkward ways and is now my favorite.

Baby Driver: I was a little disappointed with this movie to be honest. The character development throughout the movie just wasn’t good, and it was a little predictable. The only saving grace? The soundtrack is amazing.

The Secret Scripture: I actually didn’t know much about this movie at all, but my plane neighbor was watching it, and I thought it looked right up my alley. Love story set in WWII? Yep, that’s ma jam right there. It was actually quite good. Probably my favorite movie of the four.

Everything, Everything: This movie is exactly what you think it will be. Average acting and plot, completely predictable. But meh, sometimes you need a movie like that.

And, eventually – after two flights (one stopping in Qatar where they were playing baseball on the TVs), I eventually made it to Indonesia.