I woke up this morning around 10am. Knowing that I had another full day in Seville, I decided to have a slow morning. At 11:10am, one of the hostel workers came up to me in the common room and asked, “Is your name Meagan Tilley?”

Turns out, I got my dates mixed up. I was supposed to check-out and be on my way to Lagos that morning. Well, that’s not happening. So instead of frantically trying to book a bus ticket to Portugal for that afternoon, I booked another night in Seville and emailed my hostel in Lagos about my later departure.

Not exactly a smooth start to the morning.

After handling the details of accommodation and making sure I wasn’t going to be homeless, I then went to the city center market and browsed a bunch of very interesting junk. I found a lot of Nokia flip phones and early 2000s DVDs dubbed in Spanish. Classic finds.

Later that evening I went to the Plaza de Espana, which is absolutely magnificent. I feel like magnificent is such an extreme word, but accurately describes this place. It’s breathtaking and grand. Probably one of my favorite buildings in Europe. 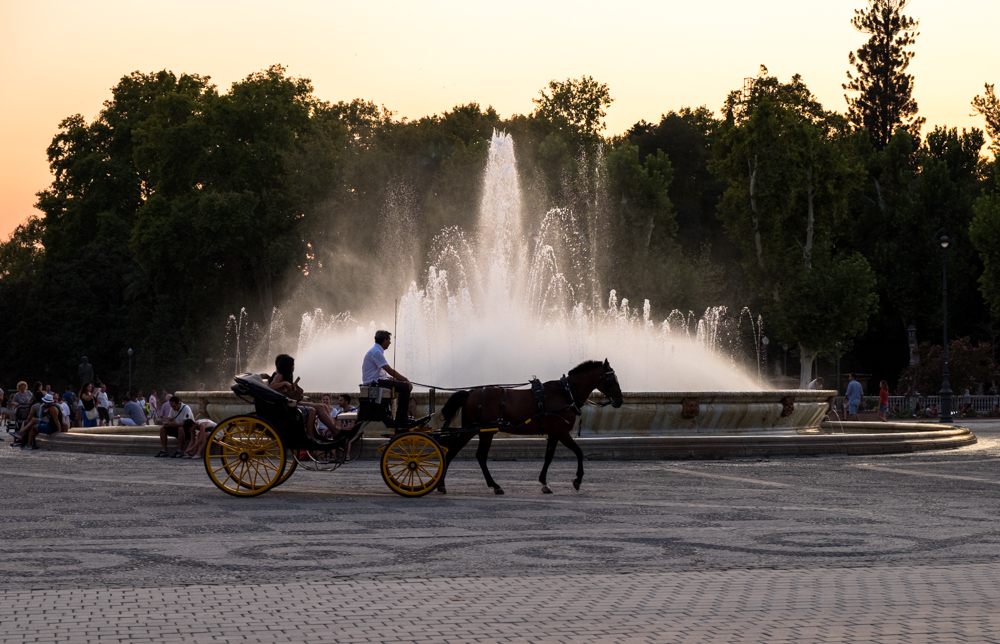 It’s also the filming location for Naboo in Attack of the Clones.

I also got to watch a woman do a flamenco dance, and it was so very passionate. She also looked exactly like the emoji.