My Favorite Thing in All of Berlin 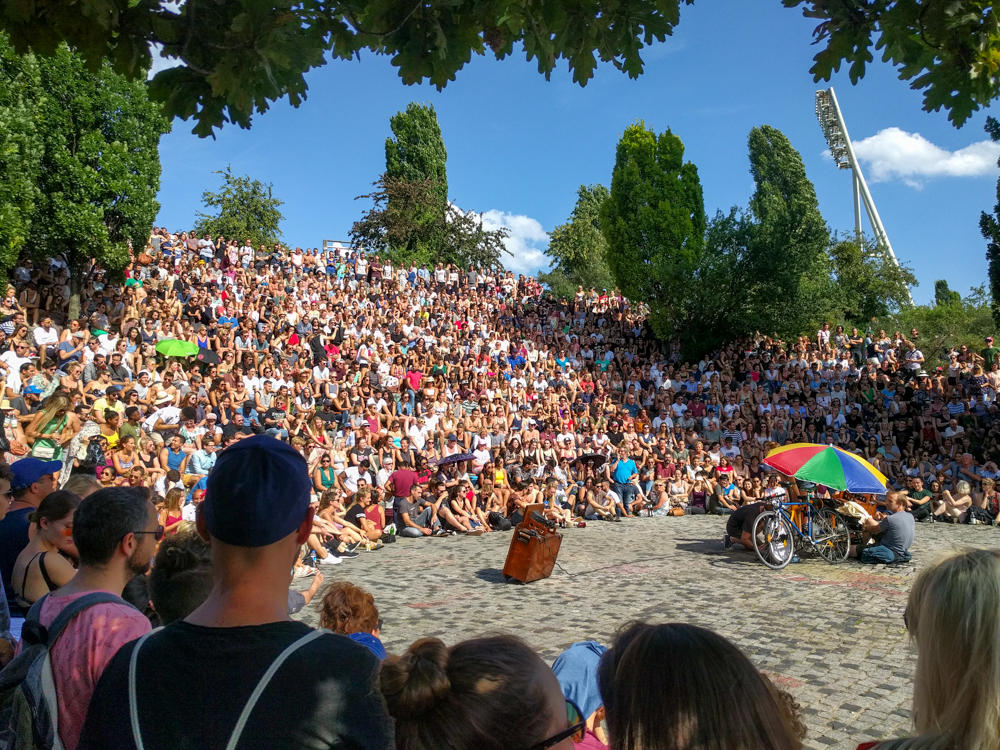 Today was one of my favorite memories on this trip thus far. And that’s saying a lot.

I read somewhere that Berlin does karaoke in a park on Sundays. Being a dedicated lover of karaoke, I was totally intrigued by this idea. But to be honest, I didn’t really know what to expect. Would it be crowded? Would the singing be any good? Would I get second-hand embarrassment and want to leave immediately?

Only one way to find out!

To get to the karaoke in the park, I walked through the Mauerpark Flea Market. And I’d just like to say that there’s nothing worse than finding cool things to buy and having to pass them up. I refuse to lug things around in my backpack, so I mournfully walk away from so many awesome things.

After I made it through the market, I stumbled upon a huge group gathering. That’s when I realized that this karaoke thing was kind of a big deal. Apparently every Sunday this Irish man bikes to this spot and sets up his portable sound system. And just like that, karaoke magic is born. 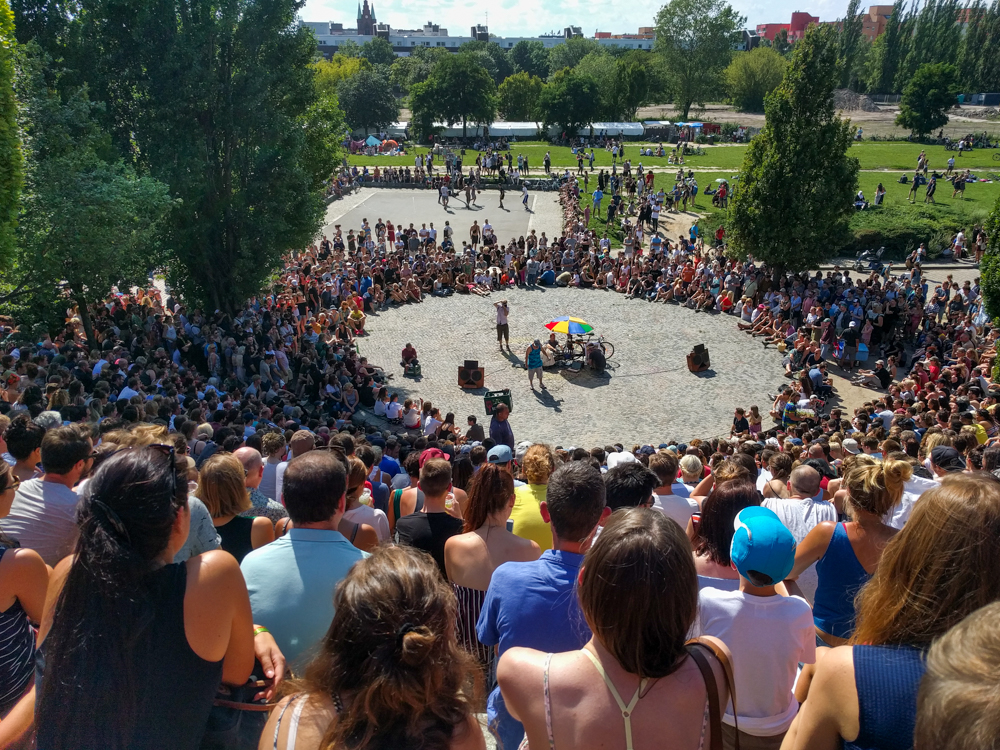 Some were good, some were great, some were so awful it was great. But no one can compete with the performance that this British man gave:

He definitely left his heart (and clothes) on the floor.