If there’s one thing that I hate forgetting about, it’s this: postcards.

For every city that I visit, I buy a postcard and send it back home. I address it “Dear Future Meagan” and list off the things I want to remember the most about each city. My problem is that I always forget to buy the postcards until the last minute.

This morning in Paris, I had a 10:15am train ride out to Bruges. I needed to pack up my things, check out of my hostel, find a postcard, write down my list, find a post office, buy a stamp, send it off, and mostly importantly, not miss my train.

The pressure was on.

Fortunately for me, there was a post office nearby that opened at 9am. Though I was cutting it close, I was able to make it to my train with a few minutes to spare.

But let’s discuss this swagged out train. Plush seating, lots of room. One of the best trains on the trip, thus far. 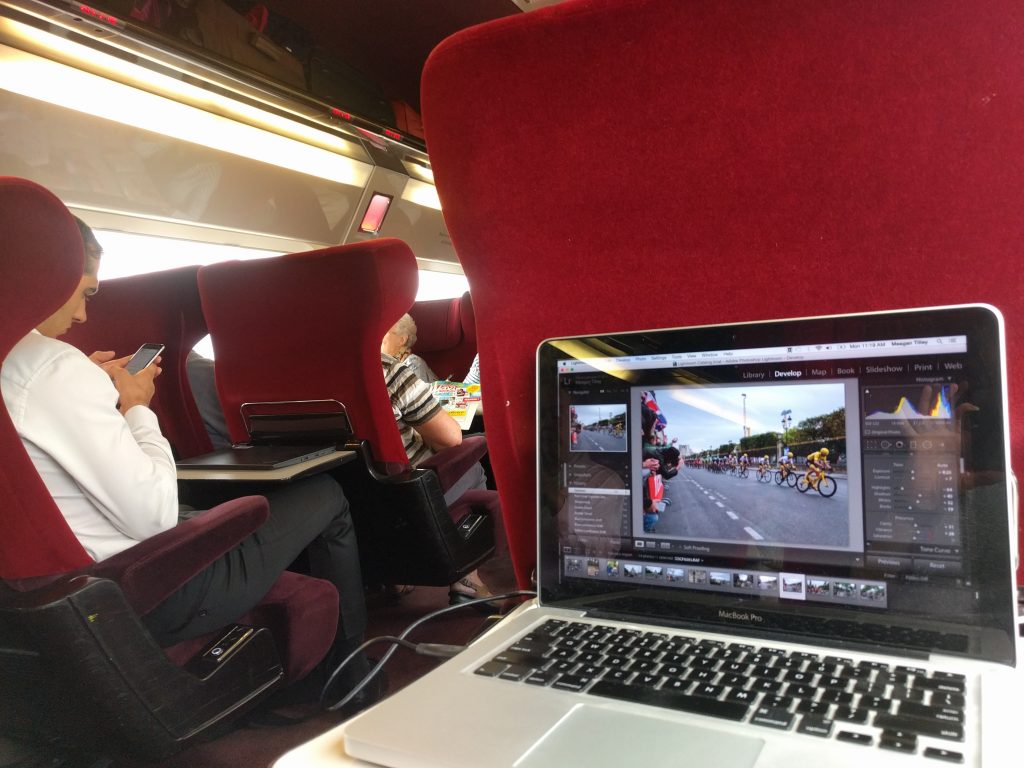 Funny story – see that guy in the background? I was super curious to know if he worked at the Paris office of the same company I did. Him and the coworker next to him had the same work laptops that we did, and their Outlook format looked exactly the same (yes, I was a creeper. I was bored on the train, ok??). At one point he looked back at me and gave a welcoming smile. So I went for it: “Bonjour, parlez-vous anglais?” With a dapper smile, he said that he did. So I got straight to the point. I asked, “What company do you work for?” He said a company that I had never heard before nor did I commit to memory. The point, however, was that it wasn’t the same one. When I explained my curiosity, he asked what company I worked for. When I told him, he said, “Ah, the impressive one.” Dang straight.

I arrived into Bruges early afternoon and immediately went out to explore the area. It’s so adorably charming, just like everyone said it was. 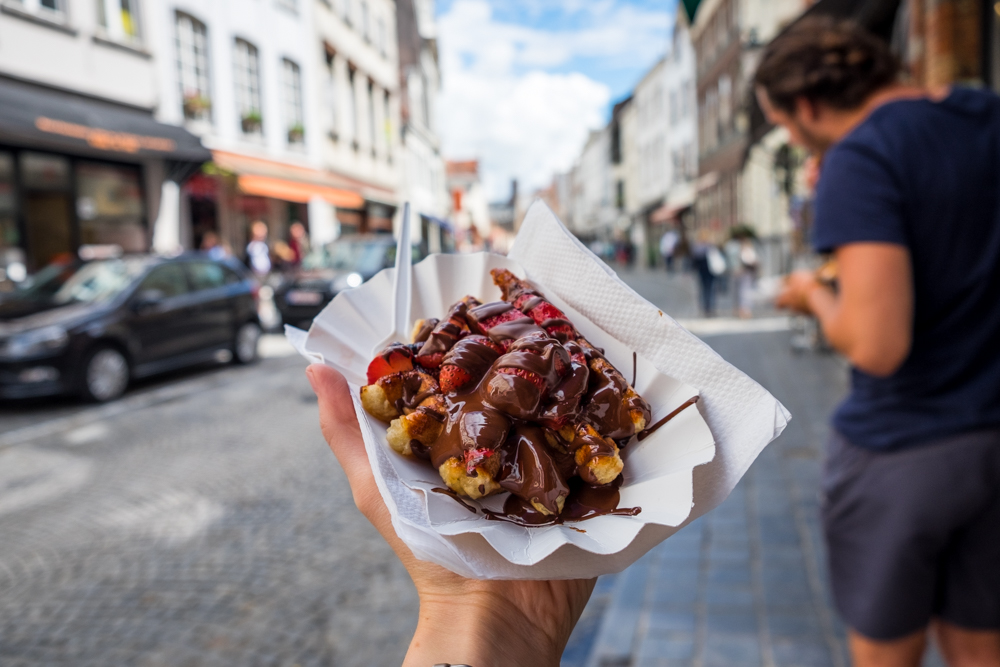 Later that night, I was talking with a few people in the hostel common room. Turns out there was a firework competition in Ostend, which is a Belgian coastal town 15 minutes away. You better believe we weren’t turning that down. So the four of us spent the evening around a table, waiting for evening to fall and fireworks to start, and sharing our most embarrassing moments. It’s amazing how quickly you make friends while traveling. It’s remarkable.