Joining the Crowds for the Tour de France

Knowing that today was going to be a busy day, I packed up my supplies (rain jacket, camera, extra batteries, snacks, book) and left my hostel for the day.

I began by climbing up towards Sacré-Cœur, a simple ten minute walk from my hostel. Once I got there, it was a sharp balance of appreciating the architectural beauty and just being really annoyed by the influx of tourists.

I did, however, stumble upon a great surprise: a harpist overlooking Paris below. I mean, c’mon. That moment was priceless. As he began playing Time To Say Goodbye, I almost began to cry. Being my last day in Paris, I felt it was quite apropos. 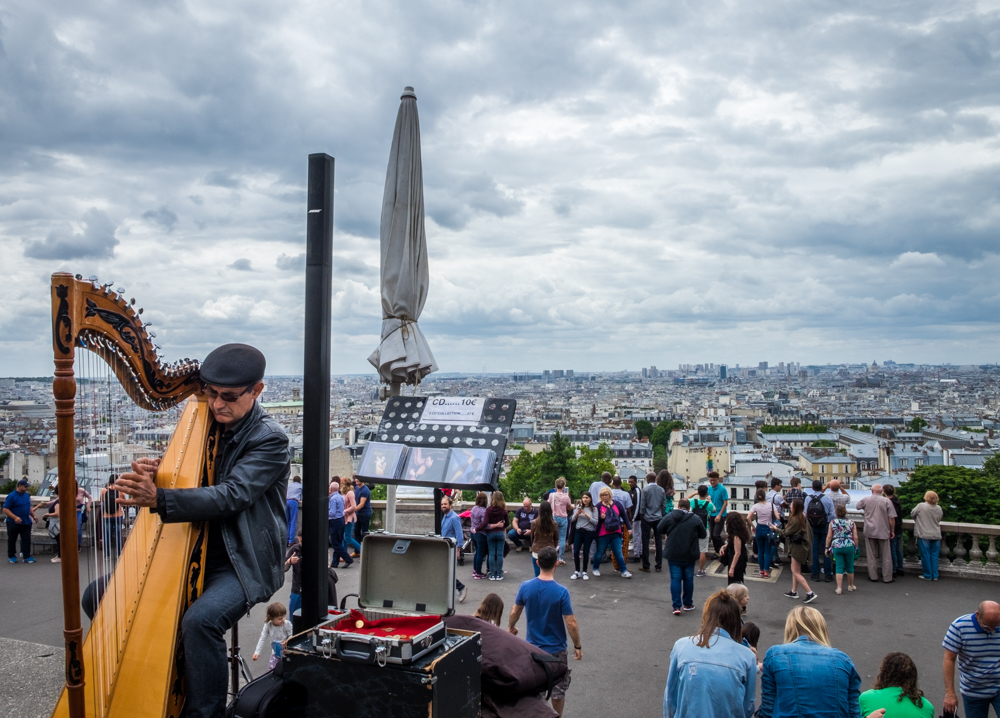 After my time in Montmartre, I headed over to a park in east Paris that was absolutely beautiful. The park was on a hill, so you could settle in for your Sunday picnic over looking Paris below. Sometimes I can’t even with Paris, you know?

I then began to make my way towards the Champs-Élysées to get a good spot to watch the Tour de France. Isn’t that hilariously casual? Oh, you know – don’t mind me. Just going to wander across Paris to watch the cyclists for one of the most renowned sporting events in the world.

The tour came in two waves: the caravan and the cyclists. The caravan came about 1 1/2 hours before the cyclists, and it was basically semi trucks filled with gear/equipment and cars for the tour sponsors. When they drove through the city, the crowd grew electric.

It was really hard finding space on the barrier fence. It was prime real estate, and people were not budging. Luckily for me, I met a group of wonderfully nice Brits who let me stand in front of them. They discovered I was a photographer, and they wanted to help me out. It’s amazing the opportunities you get simply by starting conversations with people. 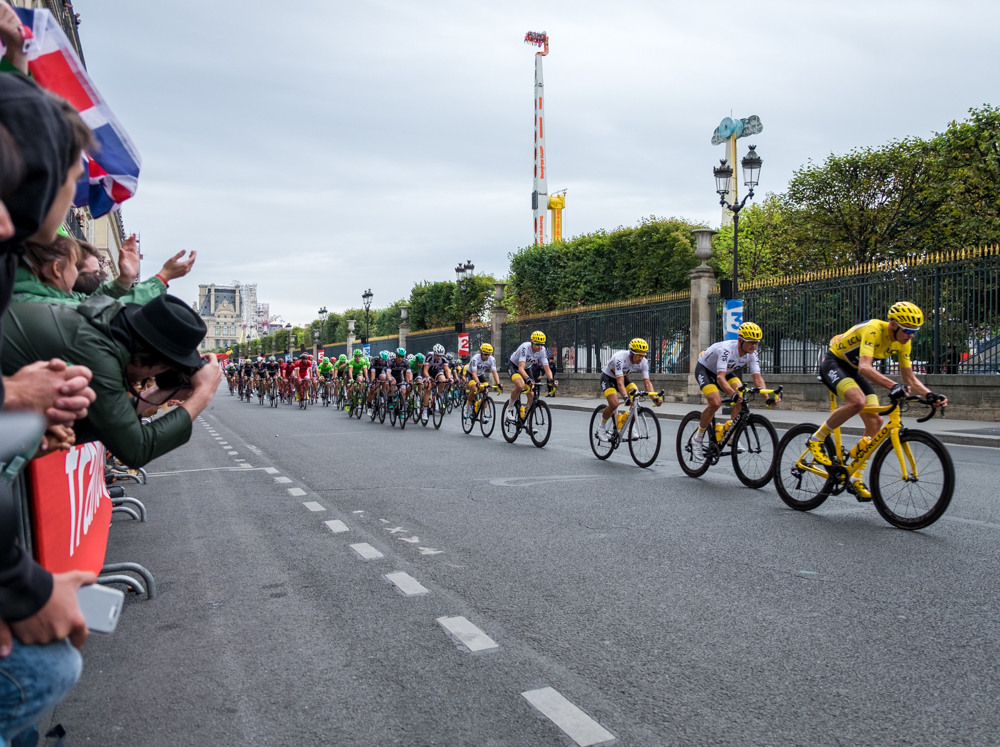 When the cyclists went by, it was such a thrill. Because I was located close to the Champs-Élysées, the cyclists had to make eight laps before finishing through the Arc de Triomphe. Every time they rode by, it gave me the same exact level of excitement.

The only difficult thing throughout the day was my inability to understand French. The loud speakers gave great information about placements and winners – I would assume. But to me, it all sounded like gibberish.