The Sketchiest Airport I’ve Ever Seen 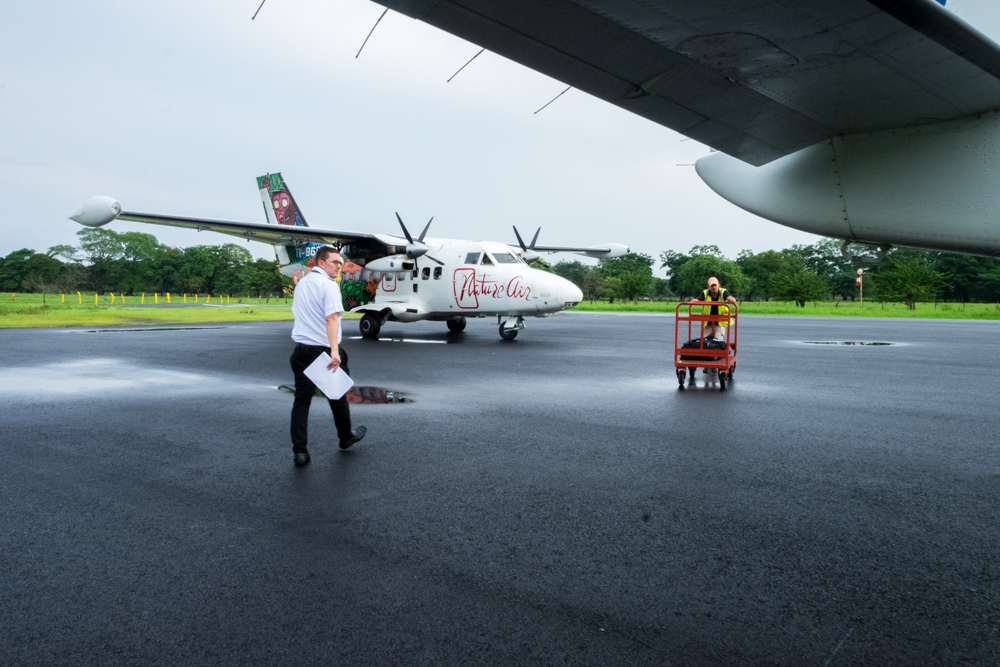 My time in Tamarindo officially came to a close. Since it’s about a 5 hour drive back to San Jose, I opted for a flight from the Tamarindo airport to San Jose.

I arrived at 5:50am (an hour before my flight) thinking that it would be a legit airport. You know, with workers and stuff. The only other person present was the cow herder out back by the bathrooms. No joke. You just can’t make this stuff up. The only sounds I could hear were two stray dogs playing with a bone and the occasional “moo” from the pasture.

So yeah, boarding a plane here seemed totally fine. For sure.

With about 10 rows holding 30 people, I buckled in and held my carry on backpack tight. The pilot gave a 15 second safety instruction all in Spanish. I gathered “fire extinguisher” “45 minutes” and “San Jose.”

So you know, I grabbed the basics.

Amazingly enough, I fell asleep on the flight. Nothing like putting my life in danger to put me right to sleep.

Once I landed in San Jose, I haggled with a taxi driver, and he took me to my hostel.

And I basically found bliss. And the love of my life. So I’d say it’s been a very successful day.