One of These Things Is Not Like the Other 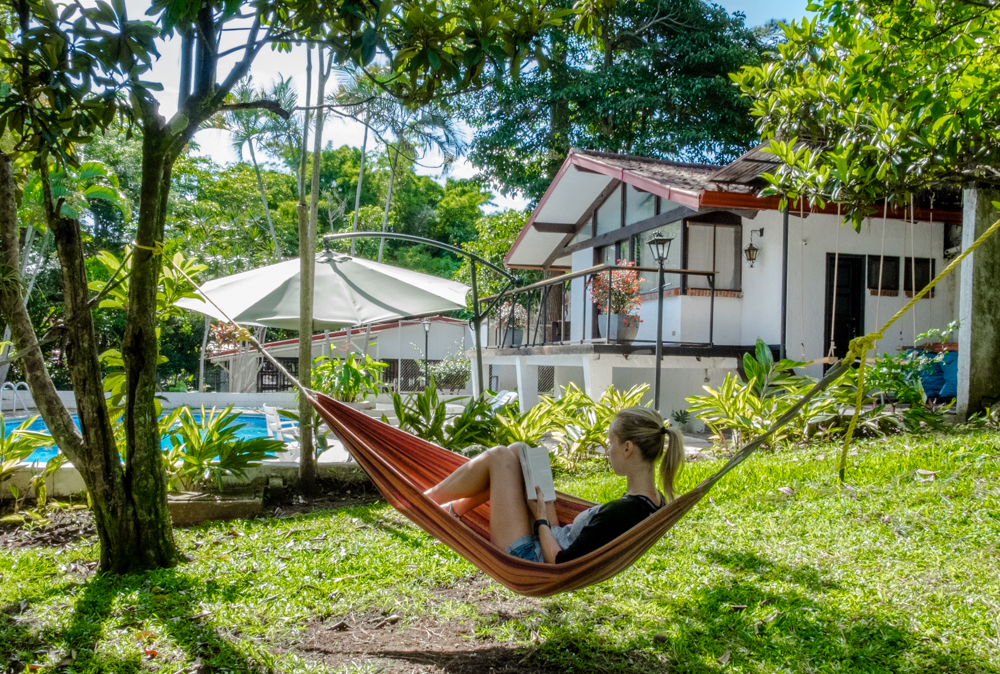 I woke up this morning at 6:30am to the sound of birds chirping.

Like it was super cute two weeks ago. It was all, “so Costa Rican” and super “Pura Vida!” But now? Stop being so chirpy. Go back to sleep, silly birds.

I decided to take advantage of the early morning and do a bit of reading in a hammock. I absolutely love this hostel. It’s so quiet. Peaceful. And on top of that, it has little Oliver!

One of the workers found Oliver in a trash can, and she took him back to the hostel. Since then, little Oliver has been the mascot of the hostel. He was my cuddle buddy for most of my stay. Gonna be honest though, sometimes I had to force him to love me. Like most of my relationships.

Around 10am I took an uber to the airport. Word to the wise – you have to pay a departure tax when leaving Costa Rica, which requires you to wait in another line. So keep that in consideration when planning your time at the airport.

My two plane neighbors were sisters going back home to Waco. One was allllllmost about to turn 10, and the other was 11. And we had a ball. For three hours straight, we were chatty Cathys. But is anyone surprised by this? … No? No one? Yeah, didn’t think so.

I’m now in South Beach staying the night and flying out to Iceland tomorrow. And I’m going to be honest, I’m 1,000,000% not pretty enough for this city. I went from hair in a ponytail/no makeup for two weeks to the land of Bronzed Barbies. Talk about being a foreigner….