When I was first exposed to pictures of New Zealand years ago, Milford Sound was one of the first things I saw. I was drawn in by its steep, sea cliffs (one of tallest in the world) and dark waters. It was in that moment that I put it on The List.

And today is the day I get to check it off!

Getting to Milford Sound certainly isn’t the easiest thing to do in the world. First you need to get in the near vicinity. Molly and I booked an Airbnb in the town closest to Milford Sound – 2 hours away. And since our cruise was at 8:50am, that meant that we had to wake up at 5:30am.

We read that the drive out there was super intense, curvy, and narrow. So when we were planning our drive out there, we gave ourselves plenty of time. To be honest, I’m not sure who wrote those terrifying articles. I found the roads to be quite manageable. So if you’re thinking about driving, don’t fret! The only frustrating thing was driving behind a slow car when the roads are too curvy to pass.

Once we got to the car park, we had a little bit of time for breakfast in the cafe. The menu wasn’t extensive, but it got the job done (i.e. coffee). We then walked about 15 minutes to our boat’s dock for departure.

FYI – most of the boats look exactly the same in size and luxury. They also all tour around the exact same spots in the Sound. So if you’re trying to figure out which tour to book, just book what’s cheap. 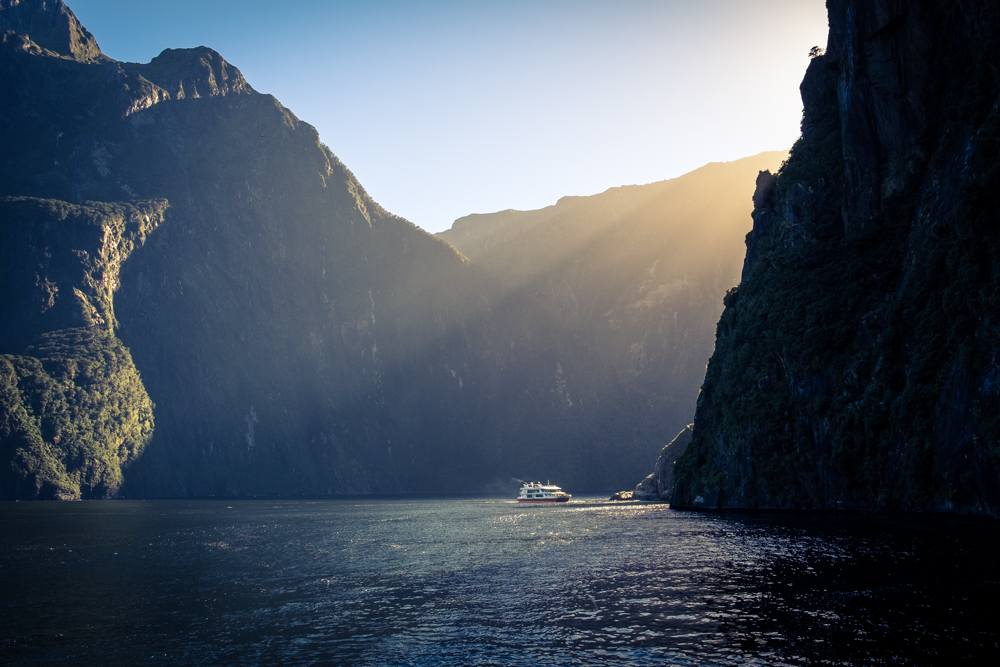 Molly and I decided on Jucy Cruise, and we really enjoyed our experience! Milford Sound was breathtakingly beautiful, and we got just enough facts about it to be interesting without being overbearing. We even got to see dolphins! They literally swam right up to the boat. It was a magical moment.

After two hours of cruising around, we headed back into dock. And then we began our long drive back to Te Anau … and a nap when we got back to the Airbnb.