I’ve found the past couple of days to be really hard, and it’s difficult to know exactly why.

I’ve loved my time in Sydney. So much about it feels like home. I mean, I’m staying in a comfortable home, I buy my own groceries, and I have a solid community of friends around me. It’s like I’ve been transported out of Travel World and into Normal World. And for someone who’s been chronically exhausted, it’s been a welcome change.

And then it hit me — I’m tired of being alone on this trip.

For three weeks I’ve been surrounded by friends who now share memories and laughter with me. My heart felt at home, and I realized I was dreading the next phase of this trip. Being alone again.

I was in the apartment alone for a majority of the day, and I’ll admit it – I cried. A lot. And not one of those graceful cries, no. Full on ugly crying. Sobbing. With the weird breathing noises.

And then I started laughing because I realized that 2017 was the best year of my life – hands down, no argument. Through these past 7 months, I’ve developed an inner strength that I’ll carry with me for the rest of my life.

So I dug deep – deep within my heart and found that inner strength again. I needed it because I would be celebrating New Year’s Eve alone.

Don’t get me wrong, I had been invited to half a dozen NYE parties across Sydney, but I desperately wanted to see the Sydney Harbour Bridge firework show. It was a bucket list item of mine.

I figured since it was just me going, I could leave a bit later and find a spot to sit anywhere.

Never IN MY LIFE have I ever seen such a mob of people everywhere. Crowded is an understatement. I showed up around Blue’s Point area at 9:30pm, and I vastly miscalculated how crowded it would be. I walked for about 45 minutes before I found a magical perch on a cast-iron fence. I looked over to my left and saw someone with the same idea on the perch beside me.

Check out my view — and also my perch neighbor: 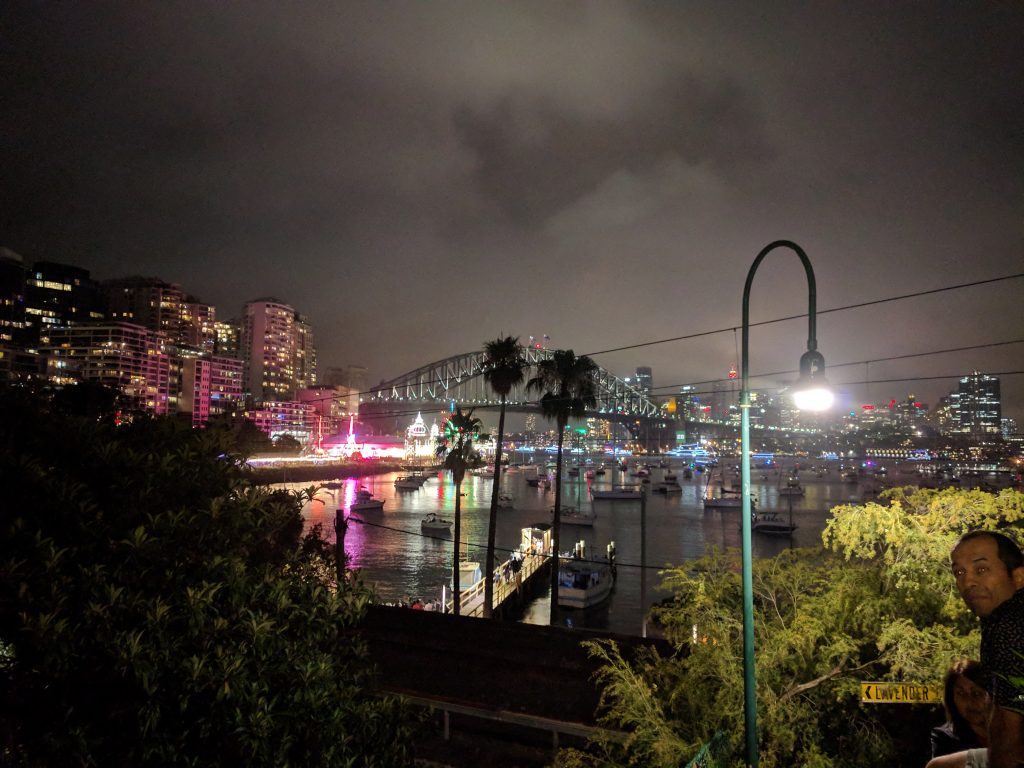 After sitting here for about 20 minutes, I heard a voice from behind me say, “Miss.” I look behind me and see a man in his 50’s with a very disapproving face standing on a patio. It all dawned on me — this isn’t a public fence. I’m sitting on this guy’s home fence. *gulp* He says to me, “That’s really not clever. That’s pretty bad if you fall.” I then looked down past my feet to the 10 foot drop. Meh. I’ve done dumber things. I gave the man a little shrug and said, “I’m ok!” I was crossing my fingers that he wouldn’t kick me off. He gave another disapproving look, shook his head, but then walked away.

As the time got closer to midnight, more and more people crowded around that fence. At one point, someone trespassed onto his property and the cops had to get involved. I started getting nervous that all of this stupidity was going to cause me to lose my spot on the fence. I began planning a really pathetic plea like, “Sir, please let me stay. This is such a dream of mine, and if you kick me off, I’ll have nowhere to go before the fireworks start. I’m asking for your pity.”

Luckily the old man never kicked me off. May the Lord bless him.

And just like that – it was 10 seconds to midnight. I counted down with the mob of strangers around me and rang in the new year wearing yoga pants, no makeup, and my hair in a ponytail. It’s amazing how much this trip has taught me about self-confidence … but mostly about being low-maintenance. 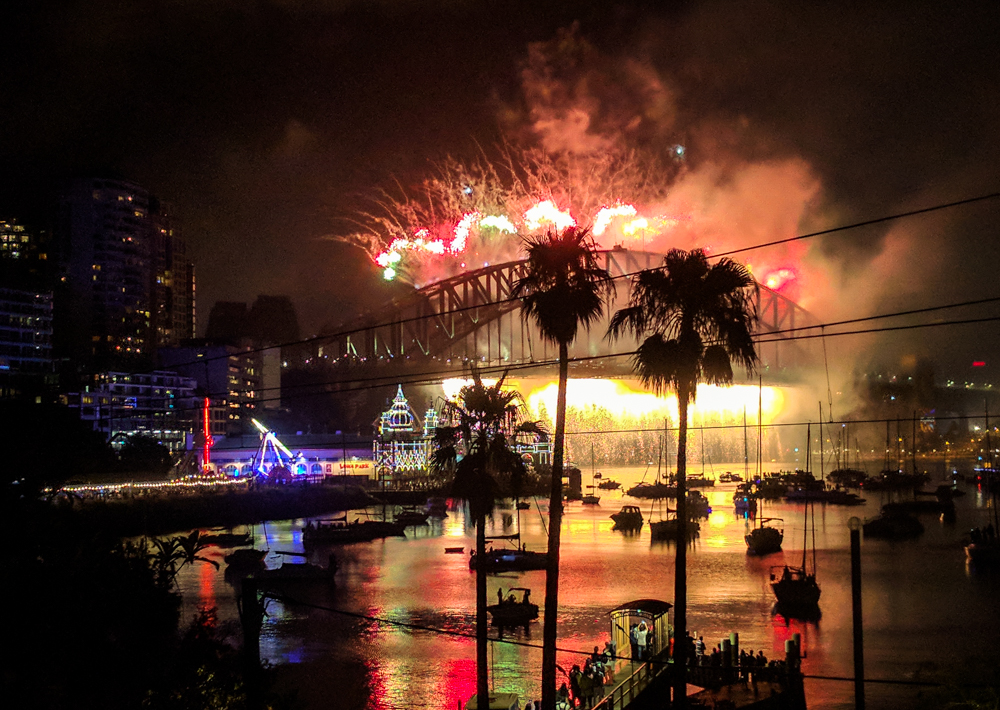 The firework show was the most beautiful show I’ve ever seen. Unfortunately, it was also only 12 minutes.

After the show was over, I followed the mob to the train station which took me an hour. And two trains later, I was back to the empty apartment.

2017 has been above and beyond every dream I ever had, and if you looked at my social media, you can clearly see that. But it’s important to me that you know about the tears. Because even when we have the best year of our lives, we’re not immune to sadness. Life is a package deal.