It’s hard to believe that two weeks just flew by. It’s like I blinked, and now I have to pack my bags. It feels just like yesterday that I was worried about this surf camp even existing – and also really paranoid about getting bed bugs. And now? Now I’m leaving with the feeling of accomplishment and a *lot* of smelly clothes.

I’m really happy with the decision to immerse myself in surfing. Surf camps really force you to eat, sleep, breath surf, and it pushes you forward. Two weeks at a surf camp is like boot camp, and you learn more than you could by yourself in a year.

Overall, I’ve loved my time at Surf Camp Lombok, and I feel that I’ve truly progressed as a surfer. Leaps and bounds.

I’m really really tired, and my body is ready for a break. It’s time for me to get outta here. Just one full day left.

I woke up ready to go for my 7:30am morning surf session. I always like morning sessions because it’s less people and less sun. I caught some pretty good waves, and I missed a few as well. But my paddling is stronger than it’s ever been, and get this – I was out-paddling a dude in the water. I felt really good about that.

I left the waves with a smile on my face. 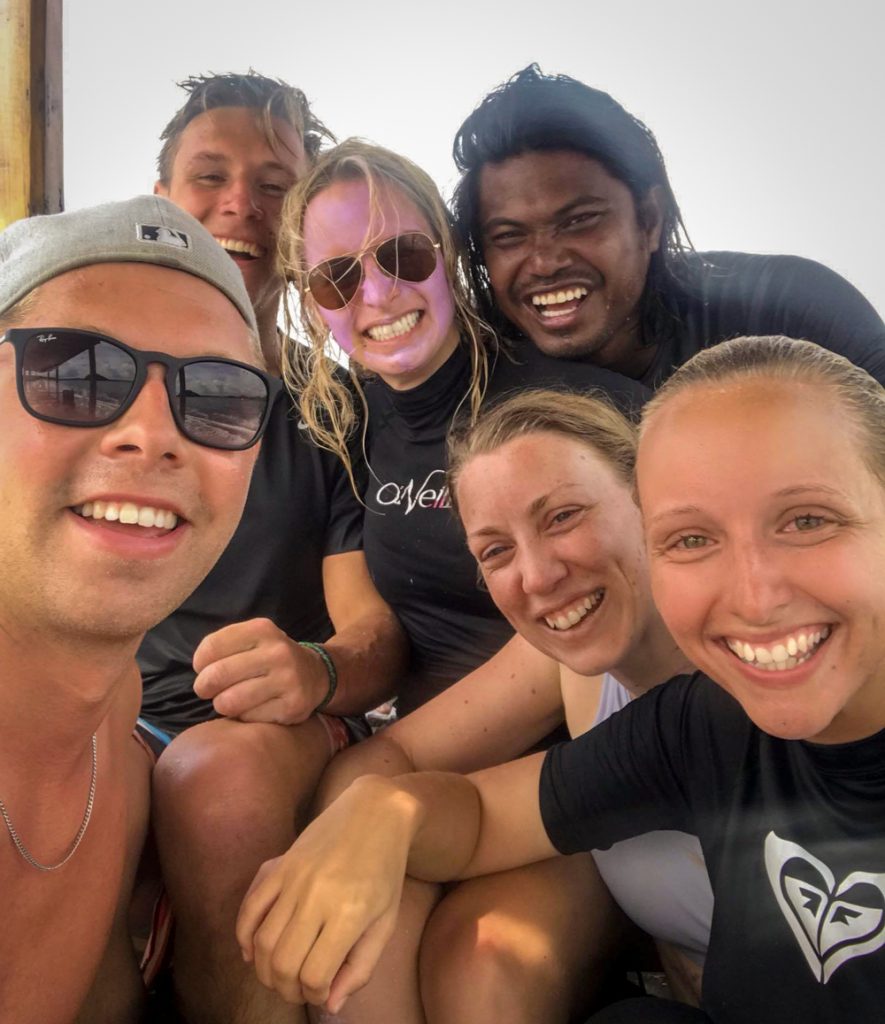 Later that morning, we had a a Farewell Ceremony where we gathered around to see our best and worst surf photos of the two weeks. Definitely a few good laughs in that.

As our 2nd session time grew closer, so did a big storm. True to being “wet season,” it began pouring and we lost power. We had to make a quick decision: to surf or not to surf? When surfer after surfer told us the waves were weak and crumbled by the rain, we decided to stay in the safety of the bungalow and read our books.

The rest of the night included dinner and a goodbye party in Kuta.

Fun fact: this was the longest I’ve stayed in one place since the beginning of my trip. I’m going to miss my surfing family.