Yep, the nightmare has returned.

But let’s backup a little to this morning.

I woke up from the first night in my hostel feeling refreshed and rejuvenated. I was the only person in the room, so I was able to really sleep in without any disturbances.

I woke up to zero bed bug bites.

I spent the rest of the afternoon running a few errands and getting some work done. I loved being in Ireland for the past week, but I really didn’t get anything done. So I spent today in bed doing the countless things on my computer that I’ve been putting off.

Later in the evening I had two new roommates join me in the room. They were incredibly nice Germans who were freezing and asked if they could turn on the heat. Shortly later we all went to bed.

And I woke up to 7 bites across my back, hand, and face. Yes, my face.

I later looked in the mirror and saw that the bite on my forehead was as wide as a large lime. Bed bug bites are awful, but I really dislike how my body overreacts them. 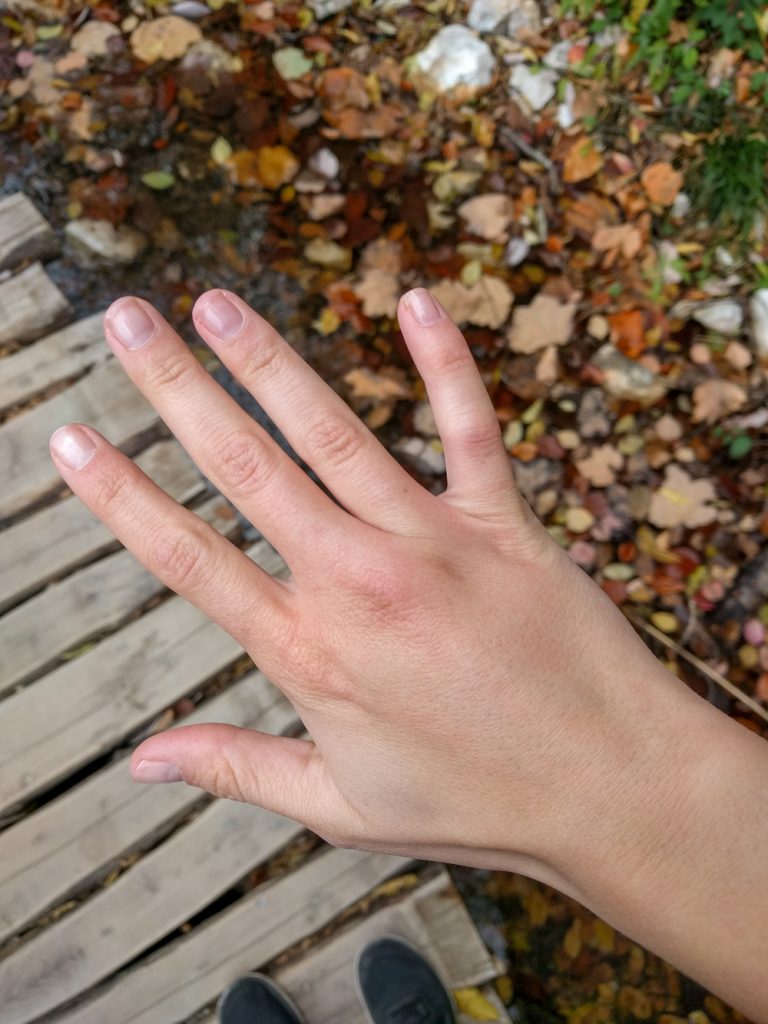 This is the only photo I captured of the bites (middle knuckle from the next day), but it doesn’t really do it justice. My bite at the beginning of the morning looked like I was about to start having Spiderman powers. Everyone was very concerned and wondered if I should see a doctor.

We eventually changed rooms, but the itchy damage has already been done. And now I have to wash all of my laundry all over again.

Instagram travelers never tell you about the bed bugs.