However – I do enjoy a good hike. But lately, my legs have been … *woof*. They have not been a fan of hikes lately.

I think all of the walking I’ve done over the past four months has established a never-ending state of fatigue in my legs. So that’s cool. But like – not really.

It was my last full day in Kotor, and I really wanted to hike to the top of the Castle of San Giovanni. I needed a lot of motivation especially since a storm was slowly rolling in. After talking to my fellow Texan in the hostel (from West, Tx), we decided to bite the bullet and just go.

My legs weren’t happy about it. But my eyes sure loved it.

During the whole hike up, I had the song “It’s a Long Way to the Top” stuck in my head. But not the AC/DC version. I obviously had Jack Black’s voice in my head.

After the hike, my body just wanted to sit and eat. And so that’s exactly what I did. There’s a restaurant in Kotor that serves chicken sandwiches as big as my head for 3 euros. I ate it with pickled radish, tzatziki sauce, and lettuce. It’s a game changer. 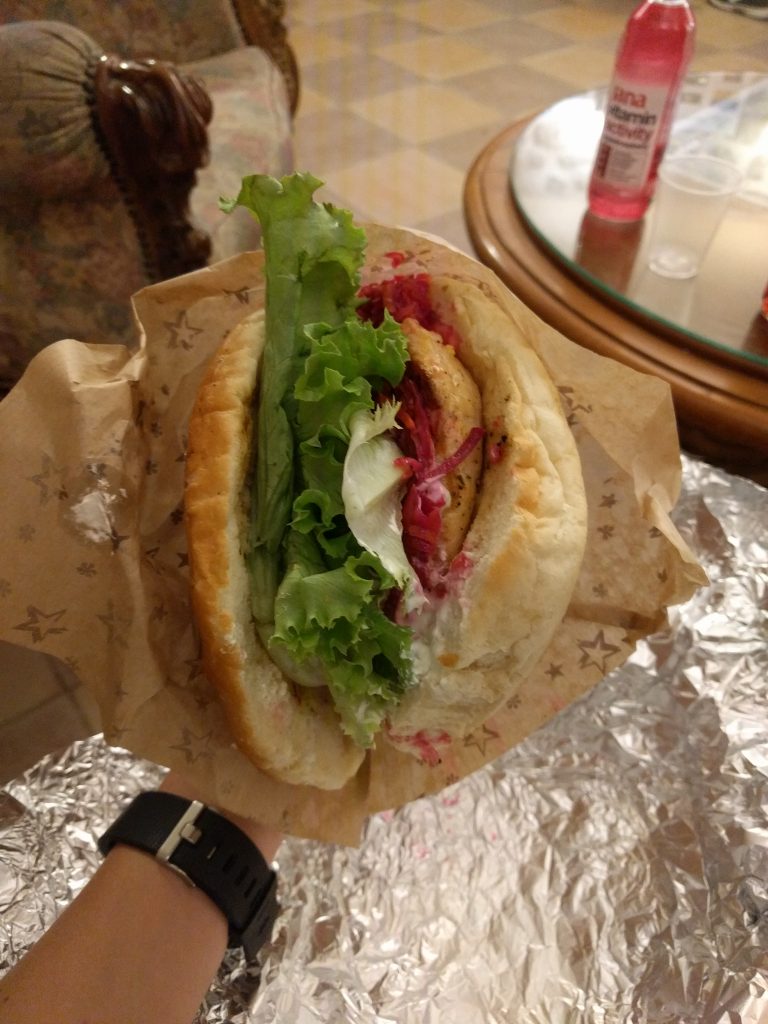