Checking Out the Hip Part of Lisbon

When I first arrived into Lisbon, I immediately wanted to check out their oldest districts – specifically Alfama. I wanted to see the cute little alleyways and cafes. You know, the part of town where you will inevitably get lost in.

But I had no idea that Lisbon had a really cool hipster scene as well.

I heard about Lx Factory from one of my hostel roommates, and it sounded like a cool area. It’s basically hip food stalls and cheap secondhand clothing. Two of my favorite things.

Google Maps has become my daily hero. I never know how to get somewhere, but Google comes to my rescue every time. But there’s always one thing about it that confuses me: is it a tram or a bus??

It told me to wait for the 15E. But I had no idea what I was waiting for. When a 15E tram came pulling up, I thought, “Oh here we go. This is it.” Annnnnd it kept on driving past. So maybe nah?

I then waited for the 760 bus to come. And that one stopped for me. So that was nice.

Lx Factory is such a cool spot, but also exactly what you think it would be. Fun vintage clothing, lots of jewelry, eclectic restaurants, wine and cheese vendors, etc. It was a beautiful sunny day, so I took my time wandering up and down the aisles checking out the goods. The goods that I made sure I wouldn’t purchase. Your backpack is at capacity, Meagan. 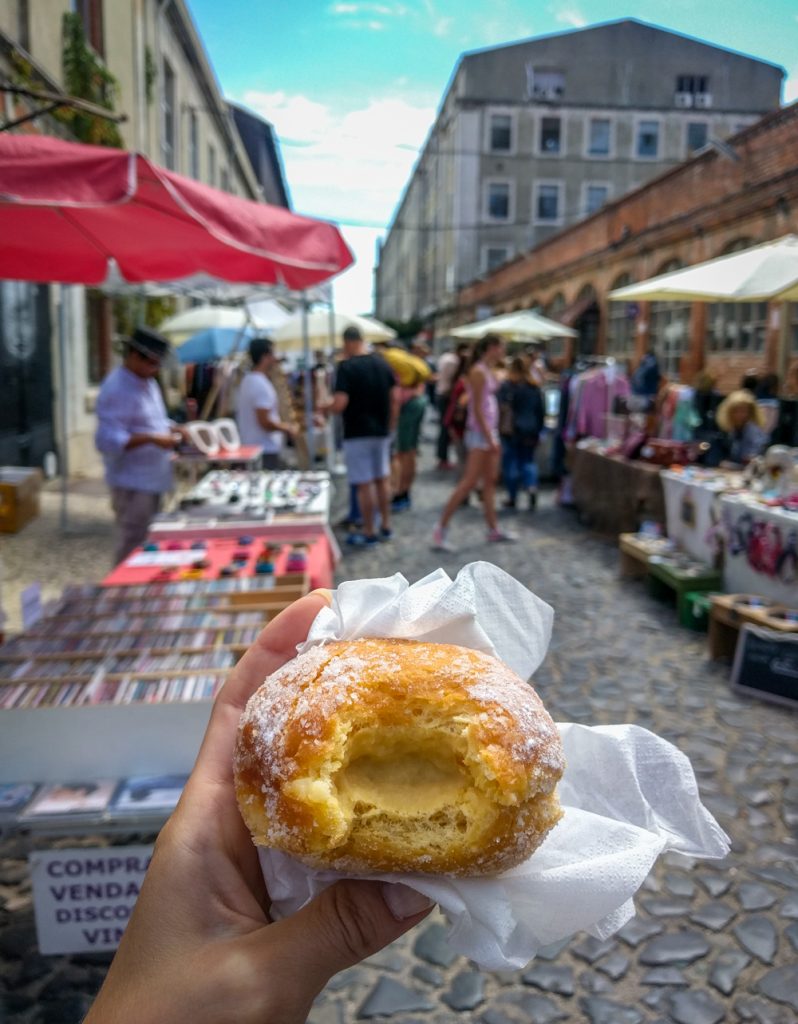 I also found potentially one of the coolest bookstores around. I mean, doesn’t this just scream heaven? It did for me until I realized that all of the books were in Portuguese. Then it was torture.

After the Lx Factory, I just sort of wandered around. I didn’t have any other plans for the day, so I popped in and out of stores. I ended my day going to the grocery store and picking up things for guacamole. And that was obviously amazing.