A very exciting day was ahead of me – a friend from back home was visiting me in Valencia.

Being the little sister of a friend who I’ve known for years, I’ve been able to watch Sally grow up as I’ve grown up. We’ve always connected on things like travel, adventure, and literature. We’ve often had chats where our eyes danced with the idea of meeting up in a foreign city someday.

And that day finally came. 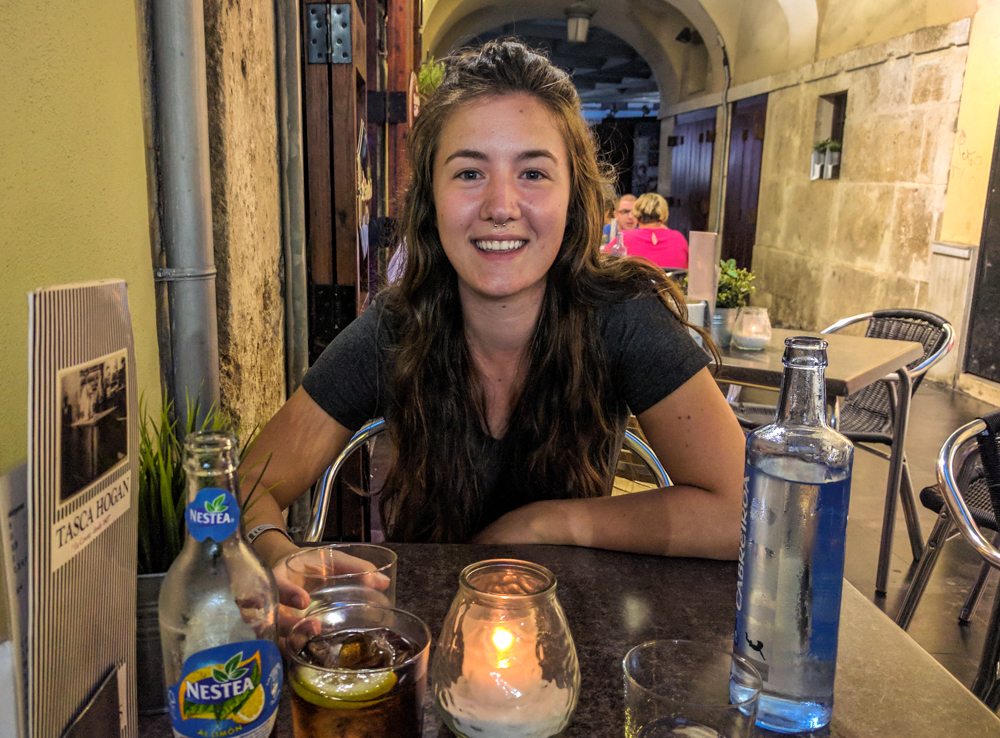 While I was planning my 9-month trip abroad, Sally was also planning a trip of her own. She began working with a family who needed a summer au pair at their home in Barcelona. And since Barcelona is only a 2-hour train ride from Valencia, Sally came to visit me.

When we met up in the hostel, I ran to give her a hug. Seeing a familiar face in a sea of unfamiliarity is one of the best presents I could have received.

Once she got settled in, we set off to explore the city center. We didn’t have a plan – just a curiosity. We walked down streets that spoke to us, popped into stores that interested us, and chatted about our summers.

Sally is a kindred spirit, and it was one of the most enjoyable casual walks I’ve been on.

We then went to dinner to have traditional Valencian paella and later ice cream.

Valencia is gorgeous during the day. It’s absolutely magical at night.