When in Spain, Go Topless

With my cell phone still broken, my #1 priority of the day was to get it fixed. Luckily there was a repair shop with great reviews just 5 minutes away from my hostel. Quite perfect.

I walked in and showed them my phone. They gave a very sympathetic “tsk” for me. They determined it was the screen, and they would be able to replace it in 20 minutes. I couldn’t believe my ears!

It would cost me 150 euros. That I heard loud and clear.

I sucked it up and paid the amount. What else was I supposed to do, ya know? When you’re traveling, everything becomes more difficult. Replacing phones, debit cards, clothes … it all becomes a hassle. At least nothing had to be expedited.

And like promised, they fixed it within 20 minutes. Honestly, that shop saved my butt. It feels so good to have my phone back. Namely GPS back.

After that, I just really wanted to lay by a pool. So I hopped on the Metro, took it four stops, paid 3.60 euros, and settled in for a nice tanning session at a local public pool. 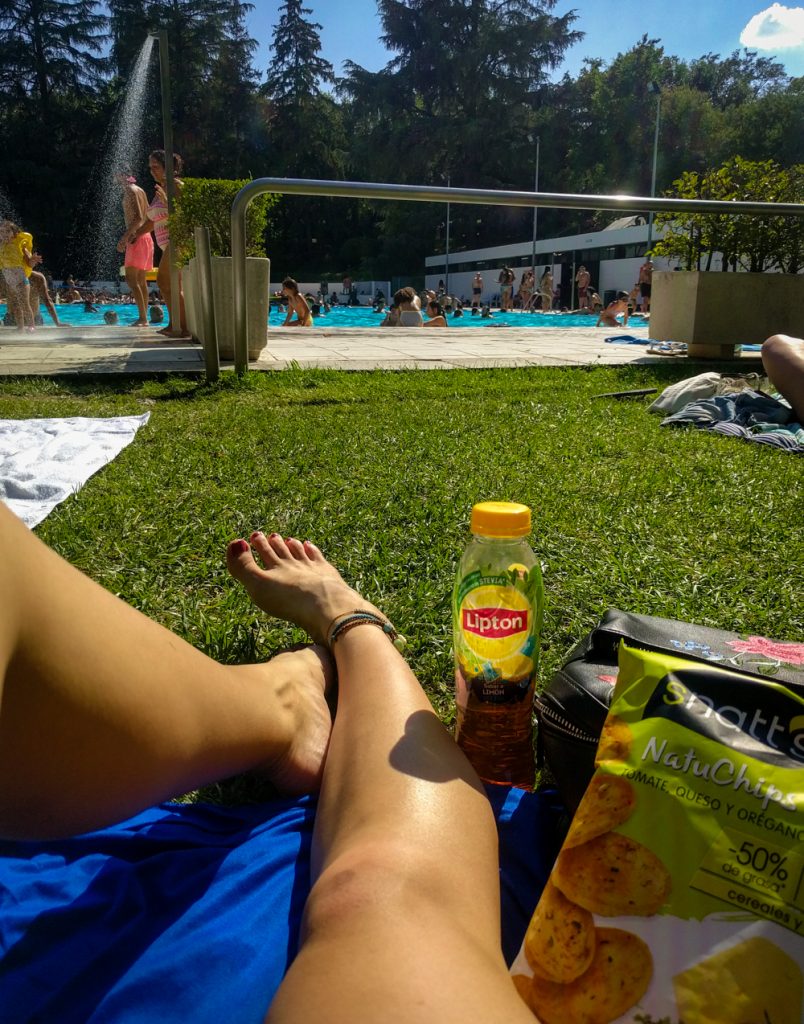 But let’s discuss how the Spanish do things differently. Like nudity.

It’s totally casual here. Everyone is just sunbathing with no tops. Hanging out, having conversation, eating, playing with their children – all topless.

So I went topless. Because when in Spain, ya know? I mean, I didn’t necessarily flaunt it. I just wanted to push myself out of my comfort zone.

And you know what happened????

Absolutely nothing. Because it’s not a big deal here.

On my way back to my hostel, I passed by this: 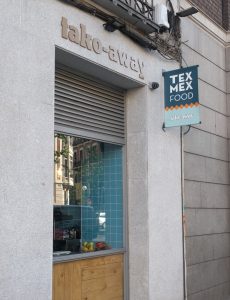 So I obviously had to stop! And ehhhh… it was alright. It was a lesser version of Chipotle. They didn’t even have sour cream. Like what is that??