You Can’t Leave London Without Having Afternoon Tea

Always – always – make friends with the locals. They know what’s up.

It all started with my English friend saying, “You can’t leave London without having afternoon tea!” And before I knew it, I had a tour guide for the day.

Our grand adventure began taking an elevator up to the restaurant/bar at the Shard. The view across London was breathtaking, and I had a perfect view of Tower Bridge.

Tip – don’t bother paying for a ticket to get to the viewing dock. Instead, take the free elevator to the bar and buy a drink. A much better alternative and the view is just as good.

Moving along on the tour, we passed through Borough Market to grab some food. And I kid you not, I had the best meal since being on this trip. A pulled pork / mac and cheese sandwich. Yeah, you read that right. It was probably the most southern thing England offers, and I inhaled that sucker. 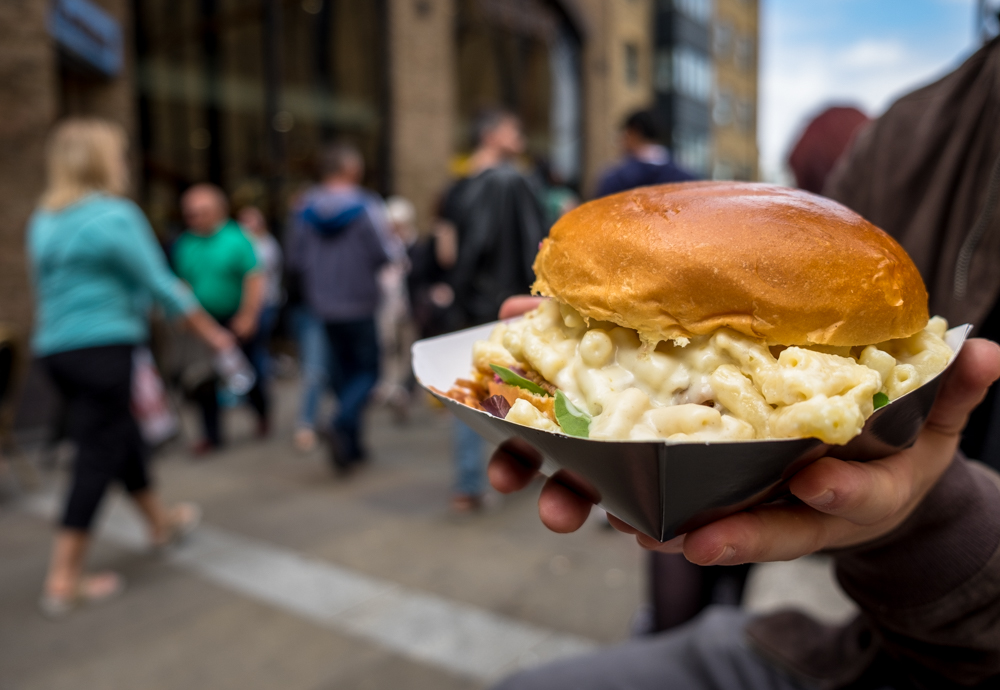 As we walked across the south bank, we stumbled upon a poet for hire. What’s crazy is that I’ve actually somehow seen this gentlemen before. Either on Instagram or YouTube – I can’t remember. But I knew I wanted him to write me a poem. He asked for a title, and I told him about my trip across the world. I offered the title, “A Year of Summer.” As he furrowed his brow in work, I watched with increasing anticipation. Best 2 pounds I’ve spent in London. Such a special experience. 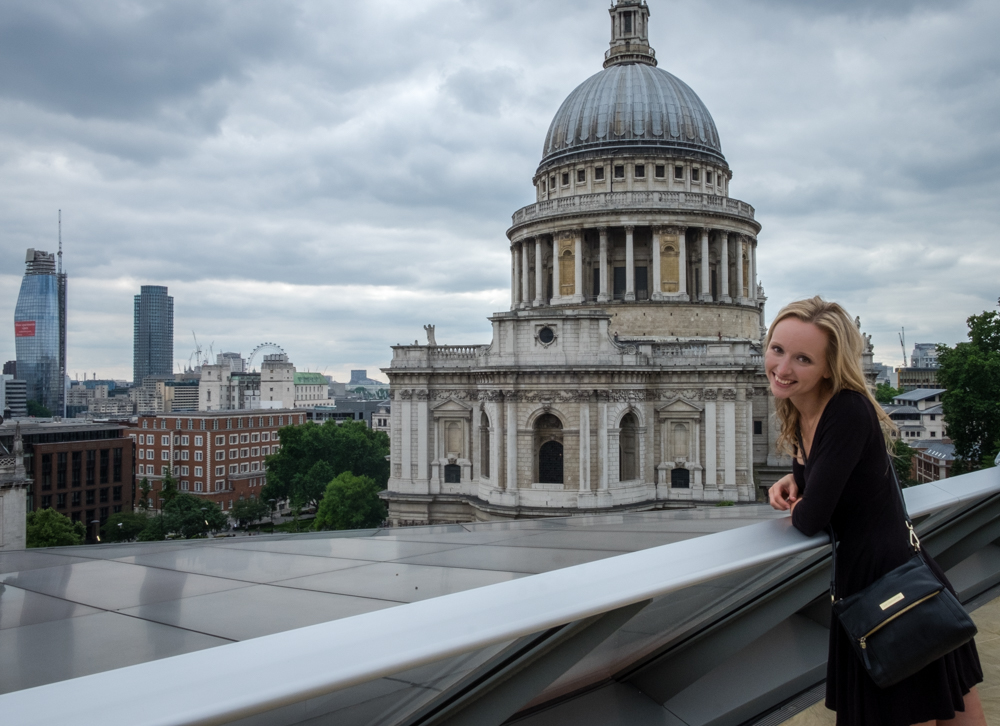 I told my friend that I really wanted a photo in an iconic red phone booth. He said he knew of a great spot, and we began making our way across London. As we popped out of the tube station, that’s when things got interesting.

Just another casual protest. Doing what London does best, I suppose.

I couldn’t stop laughing. The whole protest oozed of angsty rebellion. I think they mostly just wanted a dance party and light off small fireworks.I decided to go with it. To really get the spirit of London, I had my picture taken with the protest in the background.

After we quickly had our fill of hearing “F*** the police” chants, we headed to Harvey Nichol’s rooftop terrace for afternoon tea. The weather turned out to be lovely, and I felt quite English. And to end the day, we walked a little further and shopped around Harrod’s. Which — uummm, nobody told me just how ginormous this place was. Like – aggressive. But oh so impressive.

Shout out to all of my local tour guides on this trip so far (Ollie, Phoebe, Adam, Naureen, Veronica). If you’re ever in Dallas, let me know.

← Previous post: My Hostel Was Evacuated For a Bomb Threat Next Post: “Why Are You Going to Whitby...??” →