Yeah, I never got the memo that he phased out … *whispers* I still think he’s super cool.

When I started making my to-do list for London, I knew that I wanted to see his graffiti. It was an absolute must. Unfortunately, because I was 8 years late to the party, most of the graffiti had been destroyed. Or sold for $500,000.

I found an online map of where the graffiti was and if it’s still intact. So I set off across Shoreditch, London Bridge, and Soho to find these pieces.

It was like the biggest scavenger hunt I’ve ever played. I would Google image search the graffiti just so I could see what was around it. I basically felt like an investigator, and I was loving it. Add it to the list of desired occupations.

I took a break and had yummy noodles on the brisk, rainy day. 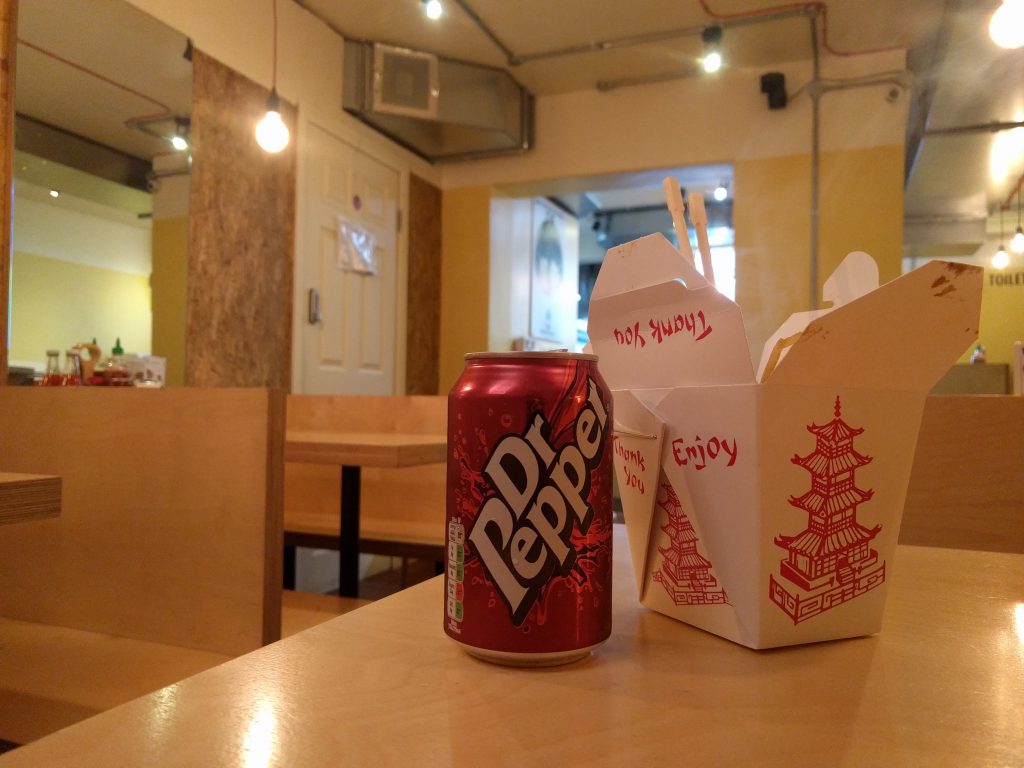 After my scavenger hunt was over, I went to the National Gallery to join a friend that I met in Iceland. Andrea was on my South Coast tour, and it just so happened that we were in London at the same time.

Fun fact – this happens ALL the time. I already have plans to meet up with new friends in 7 other cities during my trip.

The National Gallery was great. I went solely to see their Impressionist collection because I will forever love Renoir, Degas, and Monet. I ended the day in Chinatown trying bubble tea for the first time. I had chocolate mint flavored milk tea, and it was everything.