If you say free walking tour, I’ll come running. It’s so convenient to get the highlights in an organized format. Otherwise, I would be bouncing around like a bunny across London. And I’m not sure if you’re aware, but London is huge.

The tour started at 10am, and our little group instantly clicked. That’s the thing about travelers – we all jump at the chance to make friends.

Our tour guide Collin gave us the Royal Tour. Basically we saw all of the fancy shmancy stuff of London. And it was super cool! … But definitely not my favorite part of the tour.

Because serendipity is pretty cool.

If you know me even a little, then you’ll know I’m crazy about movies. Watching movies is hands down my favorite hobby, and I even thought about going into production out of college. And would you know it – we stumbled onto a tv show temporary set.

We tried our very best to figure out what the tv show was. It’s clearly a 70’s period piece. From what we gathered, it’s a Netflix original releasing next year. If anyone has theories, please comment below!!

Then to make a complete 180, we stumbled upon a demonstration. A riot? A gathering? A protest? Whatever you want to call it, I found it thrilling. There were quite a few protests happening across London that day, and this was just a small glimpse. I’ve done quite a bit of research, but honestly? Still confused on what’s what.

Just so everyone is clear – I was never in danger. Until the backup police showed up, and I scrammed. 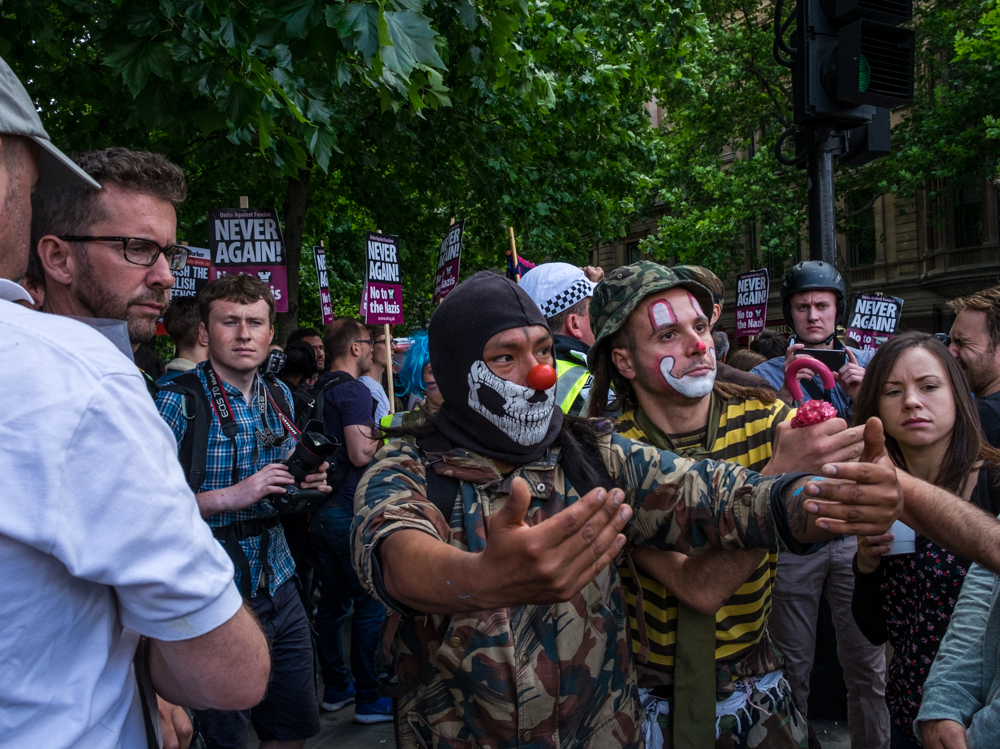 Who knows? Maybe journalism should be in my future.

← Previous post: Ferries, Trains, and Tubes - oh my! Next Post: Camden Market, Take All of My Money →