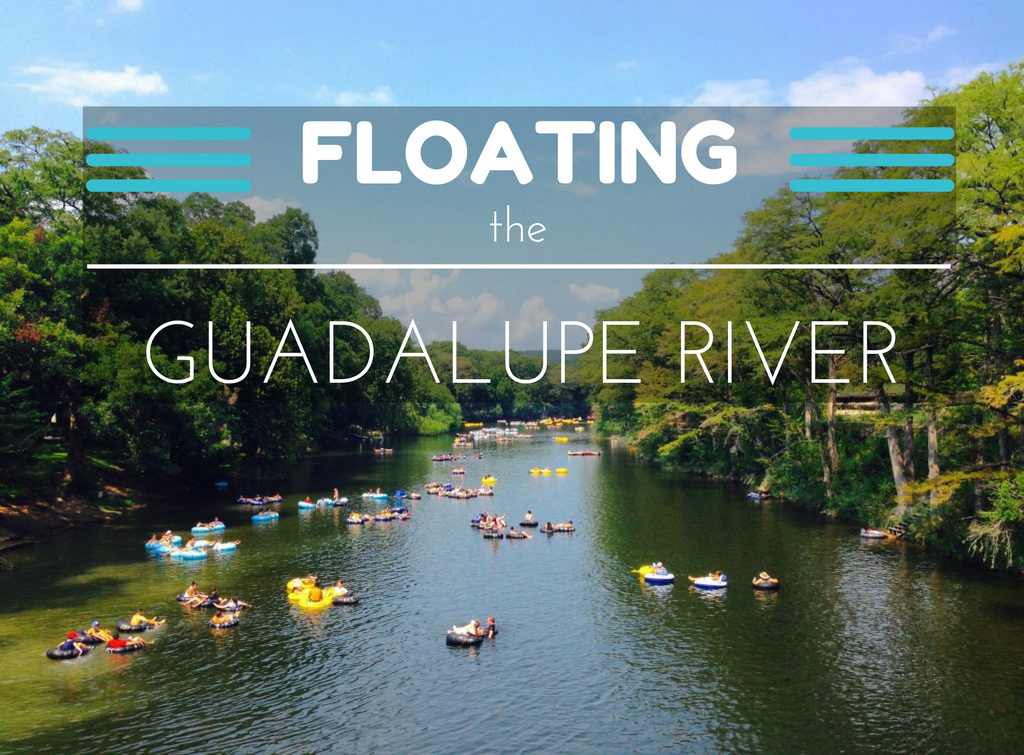 If we’re being honest, I’m not very fond of quick, weekend getaways.

“Whaaaat? What is this heresy you speak of??”

I know, I know. What kind of proper travel enthusiast am I?

But here’s the deal – I hate the idea of rushing away my weekends. I like relaxing and recharging before I delve back into my exhausting work week. But when my friend Ashley asked if I wanted to float the Guadalupe River over Labor Day Weekend, I was easily persuaded. I had never gone floating before, and the idea of blissfully bobbing down a river all afternoon spoke to my inner chill.

I was super pumped for the trip … until the endless questions started washing over me like those waterpark wave pools.

So now that I’ve had a successful floating experience, I feel that it is my duty to help anyone who feels overwhelmed.

Below I’ve listed the various things that I learned through all of this. I hope it helps you on your future easy-going endeavors!

It did not require a bunch of careful consideration when deciding which river to float. We decided on the Guadalupe River based solely off of a friend’s recommendation. He said it was nice, fresh, and cold. We liked those adjectives, so we went with it. After having now gone, I completely agree. The water was crisp which felt great in the hot, summer sun. It was also large and relatively clean. I had zero complaints! 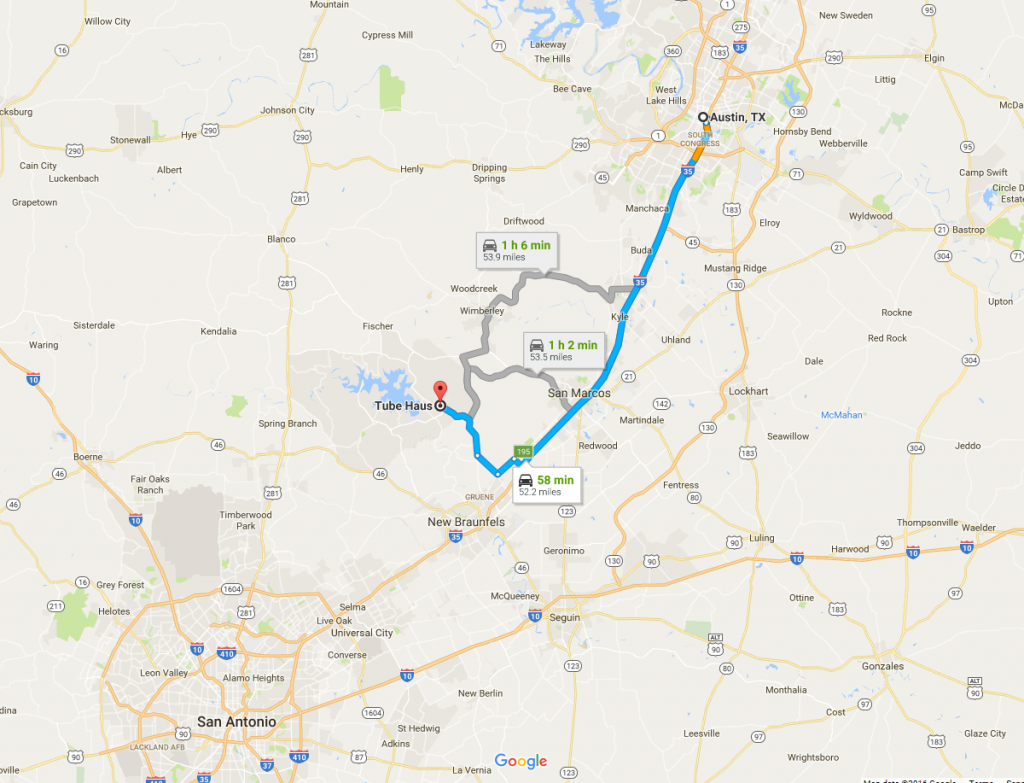 It’s about an hour outside of Austin (30 minutes outside of New Braunfels) and basically a straight shot down I-35 south. If you’re planning on heading out on a holiday weekend, be prepared for a bit of traffic along the way.

And the best part? There’s a Buc-ee’s right at the exit. After we finished floating the river, we stopped off and grabbed some much needed snack supplies for the trip back to Austin.

We chose Tube Haus simply because it was the cheapest offer that included free shuttles and free parking. We parked our car in a field/parking lot, paid, picked up our tubes, and walked for literally two minutes to the river opening. It was a lot easier than I thought it would be.

Fun fact – Topdeck Travel uses Tube Haus for their tours as well. Running into a bunch of Aussies on the river and talking to them about their tour was probably the highlight of my day.

One large recommendation – get a tube that has a bottom. Sometimes the river gets slightly low and rocky, and no one wants bruises on the bum.

My friend bought an inflatable cooler that we secured to our tubes using rope and carabiners. The cooler was a bit small, but it was perfect for two people. If you have a larger group, I would recommend renting two tubes (one for drinks, one for food) and plopping your ice chests into them. I would also recommend using bungee cords to lock them in place.

Word to the wise – check out the river rules before you go. For example, The Guadalupe River (and every river in Texas for that matter) has banned the use of glass & Styrofoam. 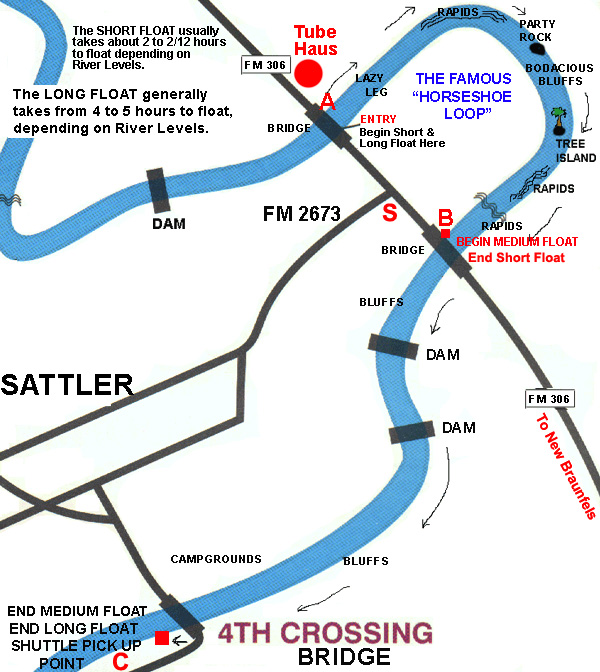 We started our floating adventure at the beginning of the Horseshoe Loop (Entry Point A). It took about 40 minutes to do the entire Short Float. There are also little party island stops along the way if that interests you.

Unfortunately, we weren’t able to keep floating down to the 4th Crossing. Something to do with Tube Haus and Labor Day Weekend. To be honest, I’m not really sure why we couldn’t – I just knew there was a $20 penalty. Instead, we took the shuttle from Exit Point B to Entry Point A and floated the Horseshoe Loop again.

The shuttles were probably the most elusive thing about the entire day. The street is crawling with shuttles from all various tube rental companies, and it’s a little overwhelming. If you’re using Tube Haus, the shuttle will pick you up on the southwest corner of FM-306 and FM 2673 in the parking lot of Daisy Dukes Bar and Grill. The shuttle will say “Tube Haus” on the back.

If you don’t want to wait for the shuttle, walking back from Exit Point B to Entry Point A was perfectly manageable. It took us less than ten minutes. If you’re carrying ice chests, tubes, and drinks, I would recommend waiting for the shuttle.

And there you have it – practically a fool-proof plan to a fun and relaxing float down the Guadalupe River! Have any other tips that I should know about? Tell me about them in the comments!

← Previous post: Behind the Life of an Indie Artist Next Post: Downtown Dallas Public Library | My Darling Dallas →