Behind the Life of an Indie Artist 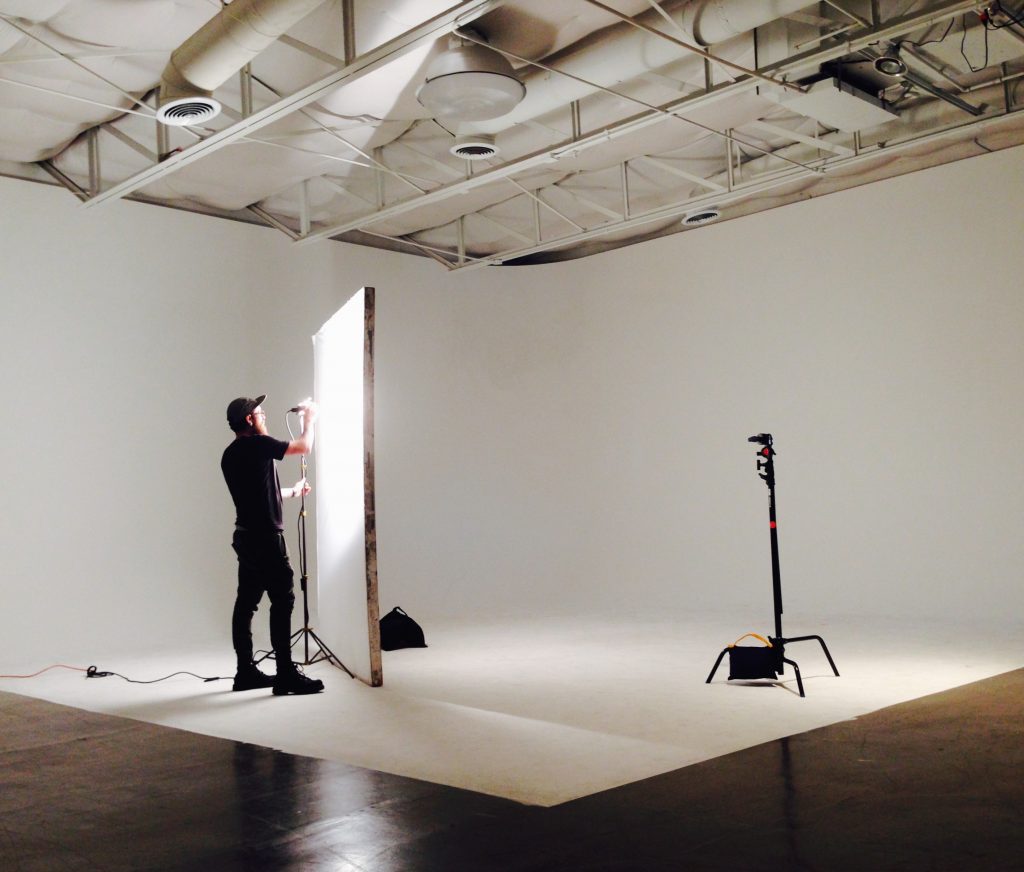 My Uber driver pulled up in front of an industrial, one-story building hidden in the outskirts of Dallas’ Design District. The old building had a gray brick exterior and tiny windows that sort of resembled a prison. I shifted around in the backseat of the Nissan Pathfinder and looked out the back window. The entire street was empty. Creepy empty. I began to silently panic. Did I get the address wrong? Where exactly was I? Sensing my apprehension, Al the Uber driver asked if I’d like for him to wait until I got inside. Well technically he said, “Do you want me to wait around in case someone comes out with a chainsaw?” I gave an uneasy laugh and told him that I would be fine. I hoped.

As I timidly walked through the front door, all of my hesitation was instantly wiped clean. Though unassuming (and maybe even a little eerie) on the outside, WELD feels a lot like home on the inside.

WELD is a coworking space for creative types in the Dallas and Nashville area. It gives community and encouragement to people looking to push their artistic careers forward. The main workspace punches of vibrant orange and turquoise with accents of wood, metal, and concrete. The exposed incandescent lights and the smell of freshly brewed coffee gave such a warmth and comfort.

And this is where I found Casey Reid – holding a tripod in one hand and a sand bag in the other – setting up Studio C for a video shoot.

Casey is a multifaceted freelance creator/indie artist who focuses on music, photography, videography, marketing, and graphics. He’s the kind of person who’s boiling over with so much talent that it almost makes me sick with envy. 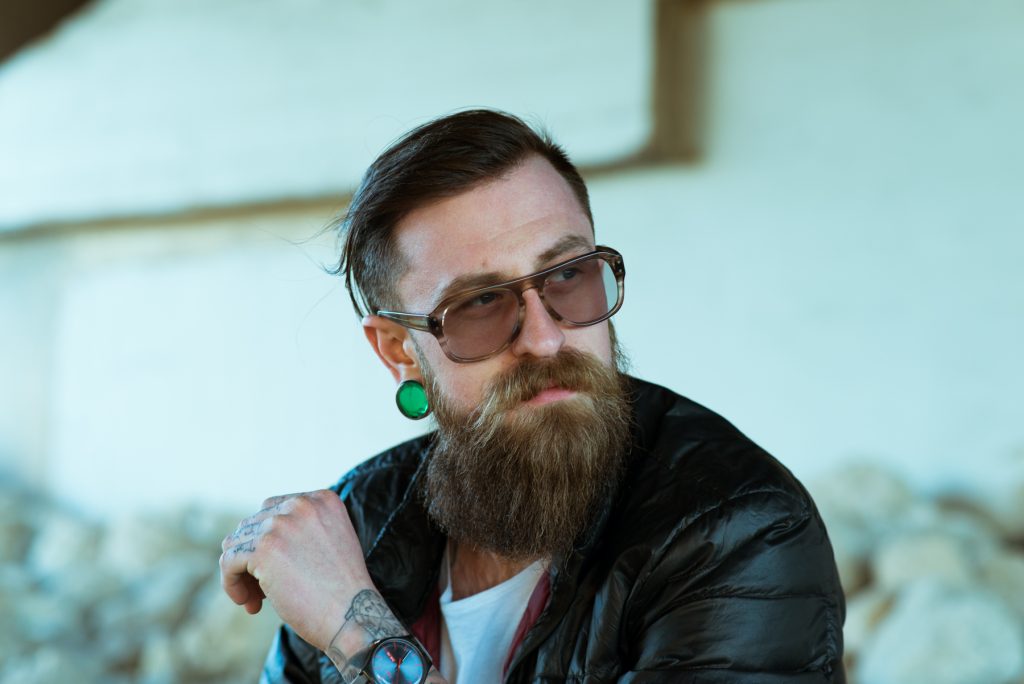 But Casey is also my friend. We met back in college – long, long ago. Back when he just had a couple of tattoos and a clean-shaven face. As the years have passed by, both our friendship and his facial hair have grown into what it is today.

A couple of weeks prior to meeting up with Casey at WELD, I had asked him if I could write a story about his work. I found the idea of being an indie artist/freelance creator such an intriguing concept. Forgetting about 401(k)s and work benefits, forsaking the land of corporate ladders, and building each day from scratch? Living each day with the potential to thrive or die based solely on your own ambitions and work ethic? That takes a lot of guts. And he definitely had a lot.

Casey greeted me with a big smile and an open mind about shadowing him through his video shoot. That’s the thing about hanging out with Casey. There’s no fuss or fluff – it’s just easy. It’s straight, to the point, and honest. I quickly grabbed a tripod and some cables, and followed him into the studio.

Casey began setting up Studio C with an ease that only comes by repetition. He moved swiftly across the room connecting cables to light stands in his cargo pants and WELD t-shirt that read, “We create better together.” I found his shirt completely appropriate to his personality. Out of curiosity I asked him how many jobs he was currently working on. He responded with a smirk on his face, “Technically I’m perpetually unemployed. As soon as I finish a project with a client, the job is over.”

As if Casey’s skills with a camera weren’t enough, his music is what’s truly captivating. It practically pours out of him. My first memory of Casey performing his music was an acoustic set five years ago. It was a small stage at a local arts festival, yet he somehow filled every seat with a commanding yet simple presence. He was just him, and that left an impression on me. After that night, his song Courtesy of Your Pride stayed on repeat for a while.

Nowadays, he’s working on an EP and a full album. That’s right – two projects. Because one just isn’t enough for the vastly talented. The EP, set to be released in the near future, is a new step for him into the world of electronica. The album, truer to his traditional sound, is in the beginning stages of production. If you ever want to see Casey’s eyes dance with excitement, just ask him about these new projects. He gets giddy.

Back on set, Casey and I caught up on life and joked around until the video subject arrived. Once the video shoot was underway, Casey got down to business. He was filming a testimonial for a client, and he asked calculated questions with a furrowed brow and a hand stroking his beard. I could see his mind turning as he tried to visualize the end product. 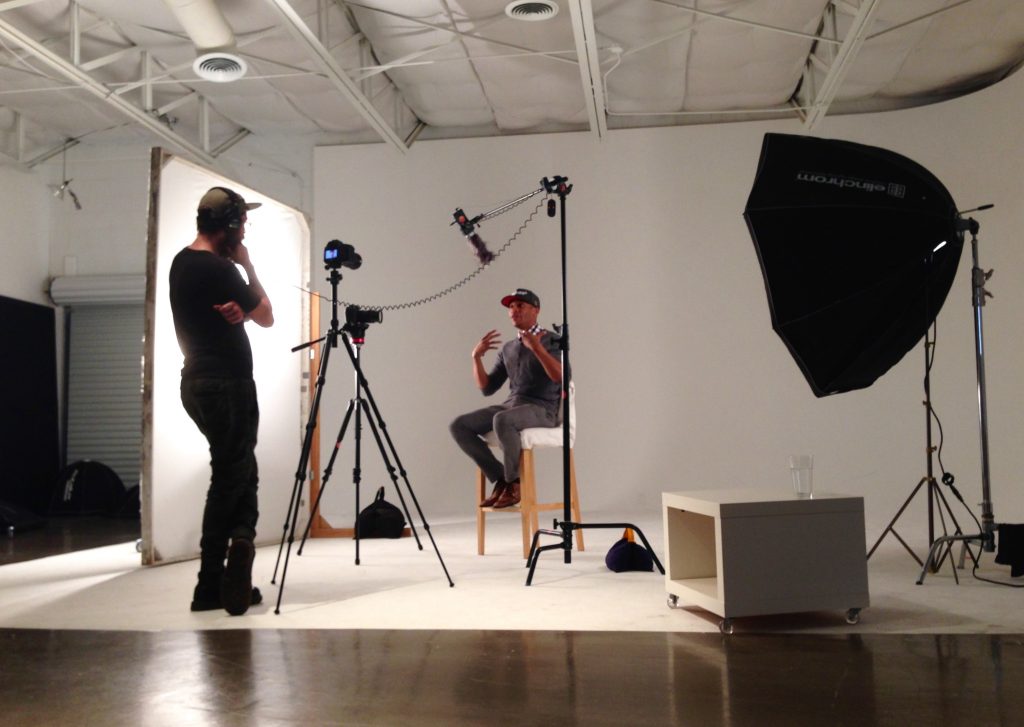 About 30 minutes later, the video shoot was a wrap. Casey got the footage that he needed, and he was feeling optimistic about his pending video. After packing up his bags and turning off the lights, the two of us headed to WELD’s outdoor patio to talk more about life as an indie artist. The term has always been such an enigma to me. What did it all really, truly consist of? And was it all as magical as it appeared on Instagram? As the clouds turned a soft rose pink from the approaching sunset, we began to really get into the nitty-gritty of my interview questions.

What do you think is the most crucial thing to possess as an indie artist?

“Perseverance. You have to want it because it’s so freaking hard to be a freelance artist. And it’s really fun – it’s very challenging – but it’s definitely not this ‘fun all the time, just get to do whatever you want’ kind of lifestyle that I think a lot of people think that it is.”

“I used to have this mentality or idea that I would just make a Myspace music page, put my music up, and people would just flock to it. Because I’m special. We’re all told growing up that we’re special, and it gave me this false idea to some extent that all I had to do was make music and put it out there and everybody was going to want it.”

There’s a big jump from the 2011 release of One Way Window to the 2015 release of Princess. What did you learn in those four years?

“I learned a lot about myself. It’s been interesting in the past few months going back to the stuff of One Way Window and just refreshing myself on that music and finding that some of the songs speak to me now. It’s almost like I was writing to myself.”

“I just don’t get all emotional and worked up about things like I used to. I used to be super emotional, and it just left me hurt and feeling empty. And I don’t want to feel that way anymore. And so a lot of it I choose not to be so extreme in everything … I don’t know if that’s a good thing. I don’t know if I’m bottling it up. I don’t feel like I am.”

What have been some standout struggles of being an indie artist?

“When I write music, I put part of myself into it. It’s me being very vulnerable about myself and my feelings, and you really want people to listen to that and connect with that. And it’s really tough sometimes whenever people don’t.”

Tell me something that you wish more people knew about you.

“I’ve tried subconsciously to be so many different things, make so many different people happy, and do what they think I should do. It just doesn’t work. It stresses me out, and I’m not happy. You can only do what you can do. And beyond that – you can’t. So there’s no use worrying about it.”

So why do you do it?

I left WELD feeling entirely different from the way I entered. Having before felt anxious and disoriented when walking through that front door, I left feeling calm and confident. Maybe it was because I was no longer afraid of what was in front of me. Maybe by walking through the doors of WELD, I found a friend who was tackling the unknowns in his life. And maybe that gave me confidence to tackle my own unknowns. As my Uber driver picked me up to take me home, Casey’s words still rung in my ears.

“You can only do what you can do. And beyond that – you can’t. So there’s no use worrying about it.”