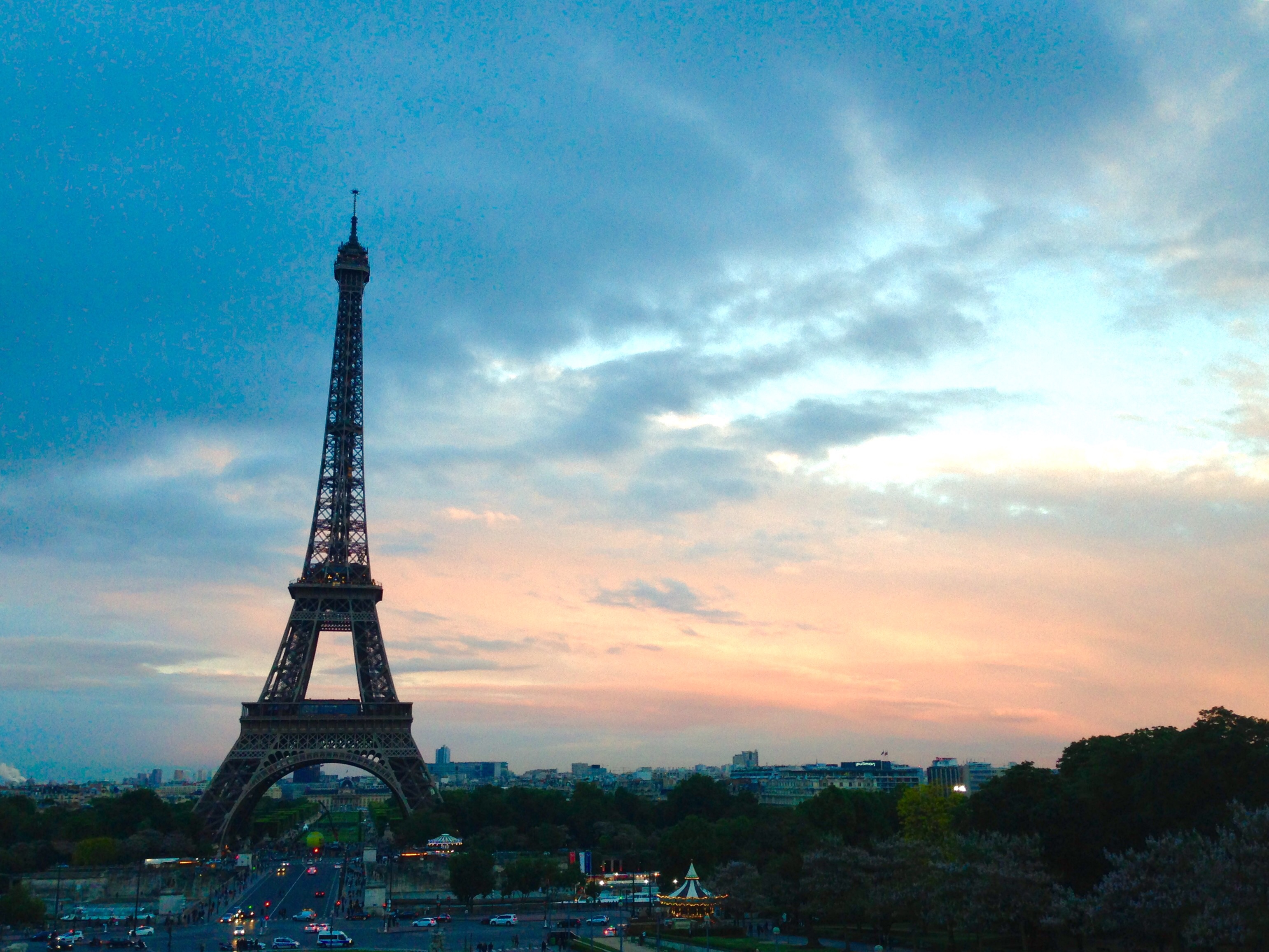 Paris was one of the leading cities during the Age of Enlightenment, which makes sense of why this city has the ability to  stir your soul’s core. As I walked down the busy boulevards of Paris and passed its incomparable architecture, I began to feel inspired and inquisitive of the life around me.

Paris was my first free day with Topdeck, and I wasn’t really sure what to expect. By the end of the day, however, I was incredibly satisfied by the end result. Topdeck gave me the main resources that I needed, but also gave me a comforting push to discover things for myself. For example, Topdeck provided accommodations for a hostel in Paris and two really lovely dinners. But as a Topdecker, I had the freedom to plan my free day any way I wanted to. My Topdeck tour leader (shout out to Stacey) was a wealth of knowledge and had all the answers I needed. I felt confident to venture out and explore Paris without feeling overwhelmed to tears. 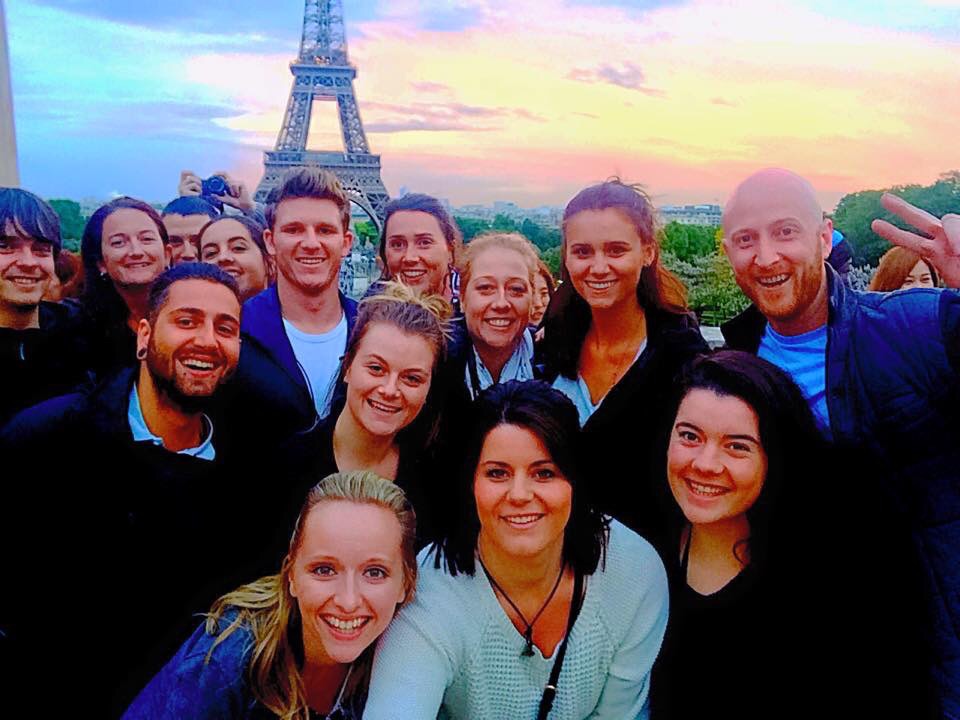 I teamed up with a fellow Topdecker named Phoebe who’s from New Zealand. We decided that our first stop in Paris would be the Palais Garnier which was the setting backdrop to the musical Phantom of the Opera. Never have I ever seen such exquisite details in a theater – or any building for that matter. I’m pretty sure my mouth was hanging open for the majority of our self-guided tour.

Traveler Note – It was about 6 Euros for a self-guided tour for those under 26. Absolutely worth the money.

Next we continued on towards La Madeleine Church right up the boulevard. As you walk past the locals eating their lunch on the church’s grand steps (think Gossip Girl and the Met) and enter through the church doors, you leave the sirens and shouts behind. The reverence inside that church is almost tangible. 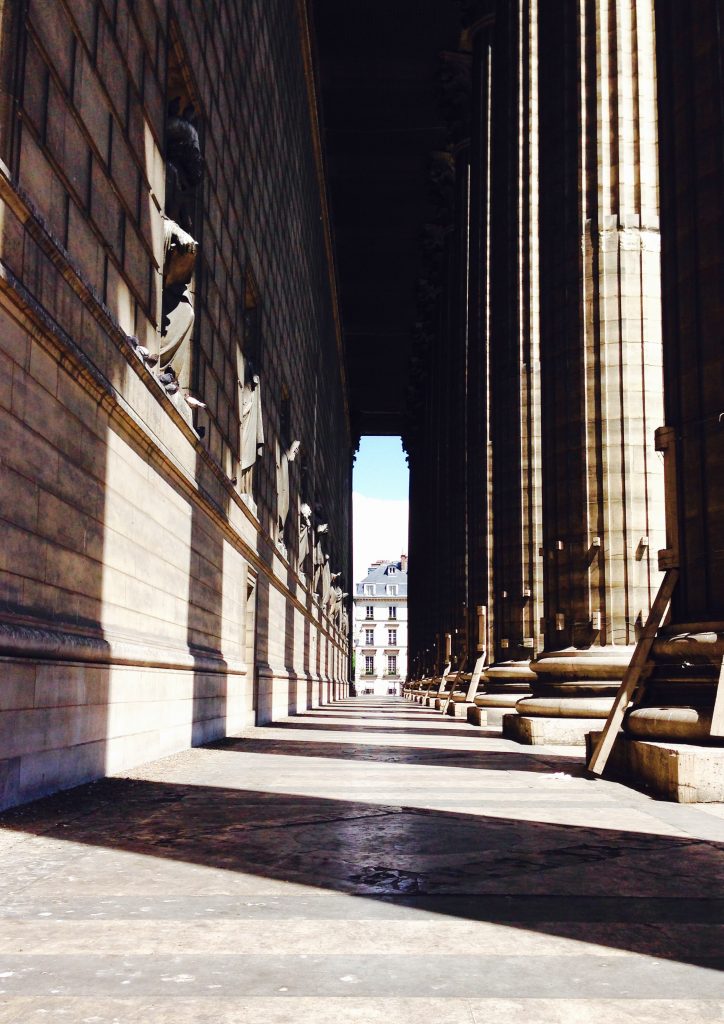 Traveler Note – Free admission. Remember to be respectful as it is a church and to have your attire cover your shoulders and knees.

As we left the church, it started raining on us from out of nowhere, and we sought out refuge in a beautiful Parisian café. We sat in the outdoor, heated patio, and it was perfect. Phoebe ate a Nutella crêpe, and I ate a toasted salmon sandwich with a light cream sauce. We left the café dry, full, and very satisfied with our choice.

Traveler Note – Live like the Parisians do and shamelessly people watch from a café. It’s such good fun.

The afternoon was filled with seeing the Arc de Triomphe and a bike ride tour from the Champ de Mars around to the Tuileries Garden. Though Parisians drive on the right side of the road (like the US), their driving was a whole new experience. I literally saw with my own eyes a van completely remove a bumper on a car just 30 feet away from me. Overall, the bike tour was great, and we had a very fun and festive tour guide from Ireland.

Traveler Note – If you’re looking to see some sights, but outside of a vehicle, Fat Tire Bike Tours was a really fun experience.

The Topdeck gourmet picnic was so picturesque. As the sun sank behind the Eiffel Tower, we filled our stomachs with a delightful array of Parisian themed food. It was a great time to talk to the others and see how they spent their day in Paris. Though the stories were different, they all had the same excitement in their eyes. 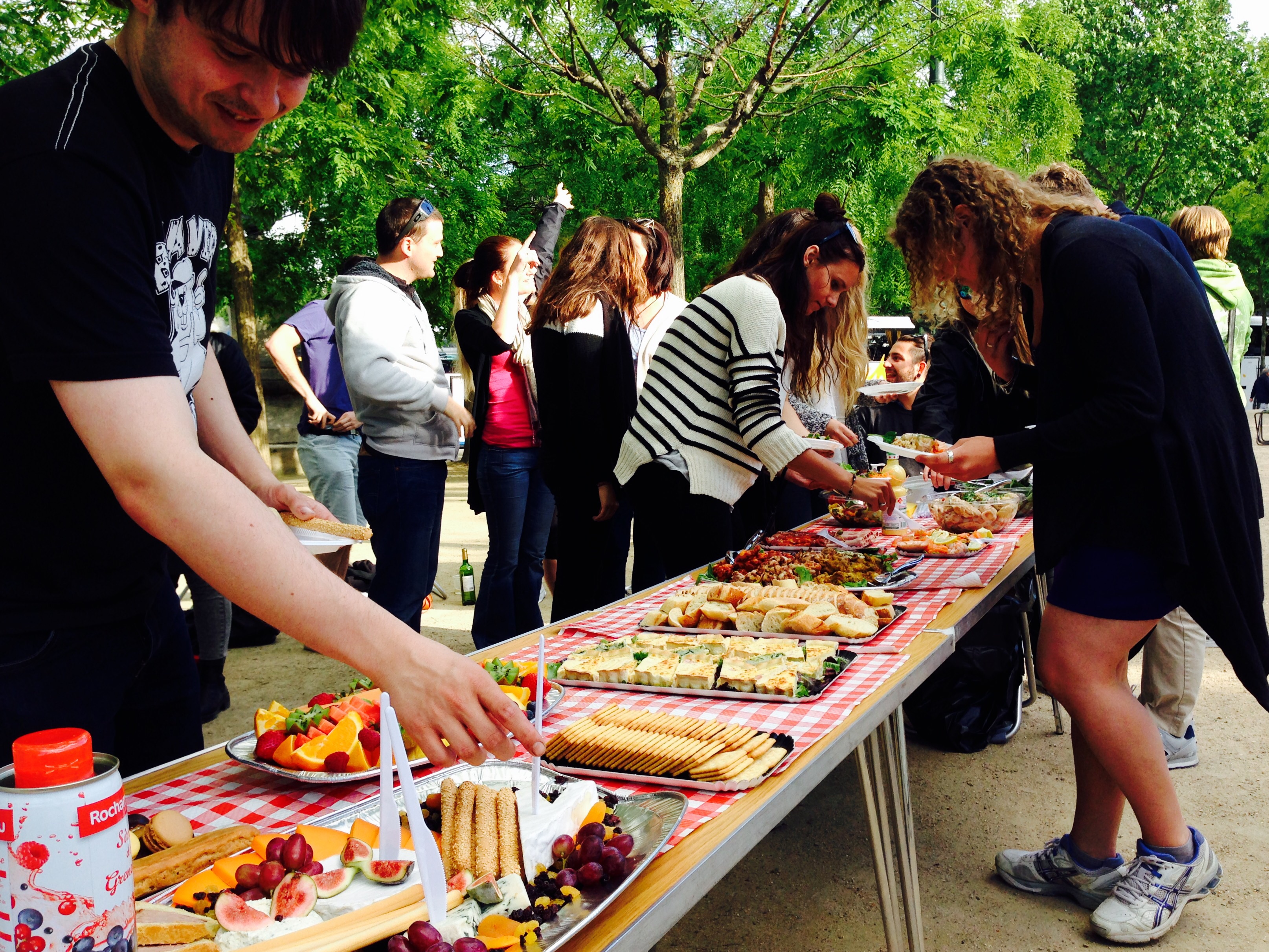 The last thing of my day in Paris was conquering The Metro (Paris subway). After the picnic, a few of us decided to call it a night and head back to the hostel. After trying our best to decipher French and master three rail lines, we made it to the hostel. We basically felt like taking on the world after that.

What I ate in Paris: 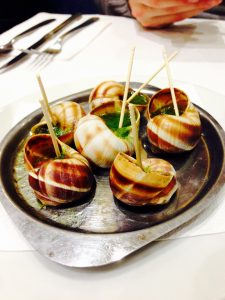 Until the next city ..  Au revoir!