I have three flights ahead of me.

Did I mention that it was going to be a long travel day?

The morning started off returning our rental car Sportage Spice. Unfortunately while driving from Twizel to Te Anau, our windshield got hit with a rock. Over the cause of two days, the crack eventually scratched halfway across the windshield. So when returning the rental car, I had to fill out a damage report. Luckily I bought insurance, so it won’t cost us the $450 USD that I was quoted.

It was then time to say goodbye to Molly. Saying goodbye actually felt silly considering I’ll see her back in Dallas very soon. Which then reminds me that this trip is coming to an end. Which is weird.

My first flight was obviously easy. When I landed in Christchurch, I was slowly making my way through border control when I heard, “Singapore Airlines is paging a Miss Meagan Tilley. Please make yourself known to our staff.” I’ve never been paged before, and I felt panicked.

I basically ran to the counter to discover that they just needed to verify my credit card. I gave an exhale and handed over my card. End of emergency.

The 11-hour flight was … longer. It was a day flight, and I didn’t feel sleepy in the slightest. So I ended up watching four movies and eating two meals. I watched Three Billboards Outside Ebbing, Missouri (it made me cry while flight attendants were clearing trays. I felt so awkward.), American Made, Battle of the Sexes, and Moneyball. All were really great, but I had that Moneyball song stuck in my head for hours and hours after. 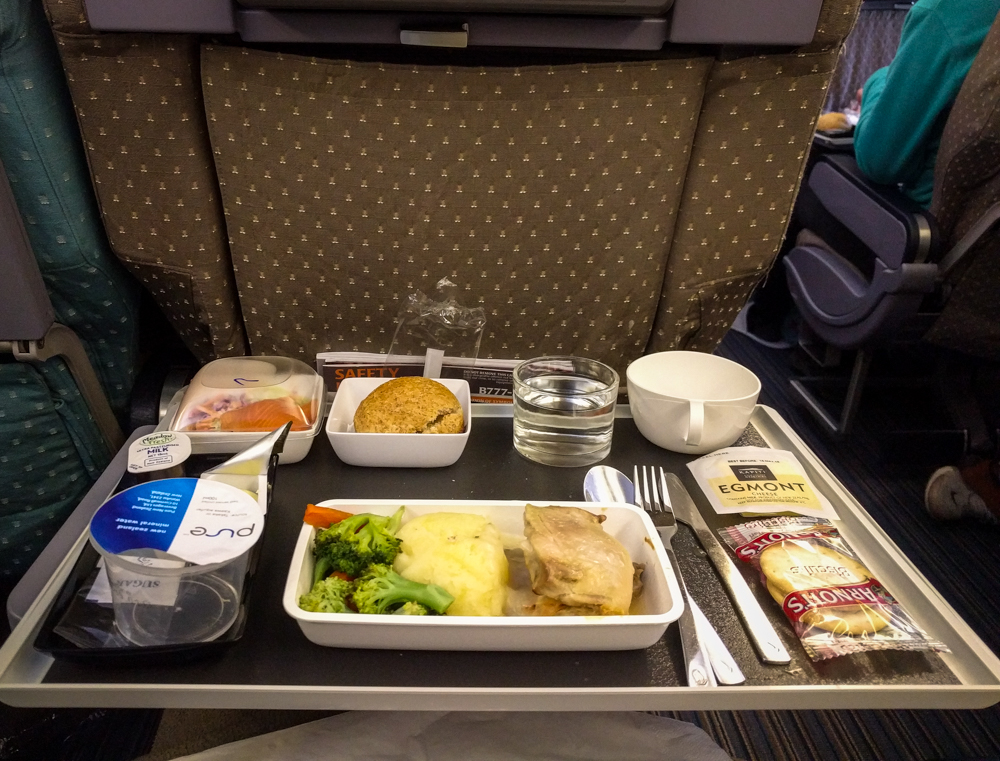 I then arrived into Singapore at 8:00pm (which felt like 1am for me). I was exhausted. I needed to change terminals which felt like a large ask for my energy level. Along the way, I found a cafe and ordered a chai latte. And like a zombie, I walked to my gate. I found foot massage stations randomly placed around the terminal, and I 100% partook in that.

Just a few more hours of waiting, and a night flight to Seoul …