First Day of Surfing in Lombok

The last time I was on a surf board, I was back in Costa Rica five months ago. Which just blows my mind because the beginning of this trip feels like a lifetime ago. A dream of a dream.

I awoke promptly at 5:20am to the sound of rosters crowing. Ok, look – I’m a city girl. I’m not used to this. However, I woke up overjoyed because I slept through the night without getting any bed bug bites!! Granted, there are plenty of other bugs everywhere, but bed bugs aren’t one of them!!

I’m bunking with four other girls in our bamboo hut that’s attached to the other dorms. There isn’t A/C anywhere in the village, but the camp has fans hanging everywhere, so that’s nice. I didn’t even bother sleeping with a blanket.

By 6am we started our back to back to back classes about surfing terms, proper paddling, and pop up drills. The staff often jokes that this camp is more boot camp than vacation, and I can believe it. But I’m ok with that if I become a better surfer.

By the afternoon I was exhausted. But instead of taking a nap like everyone else, I went into the village to find zinc sunblock and a sarong that I’ll use as a towel and coverup. 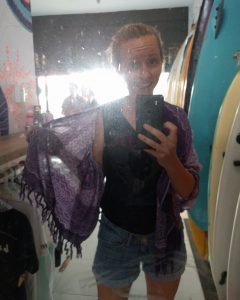 I really wanted to take tons of pictures in the village, but it felt really inappropriate. To me this is such a different kind of living. To them this is their life. It just felt disrespectful. But who knows – maybe I’ll try again in the next two weeks.

But look at these little chickies!! 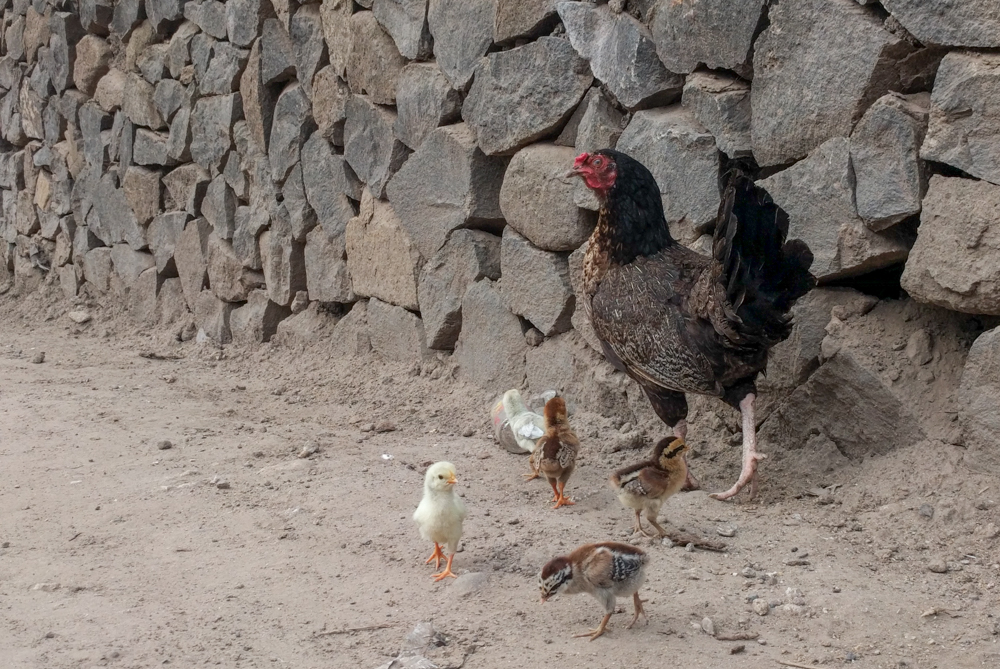 I ended up buying a really cute purple sarong in the village. I love it so much, but it makes me laugh. I feel like I’m going to be that really obnoxious person back home who’s like, “Oh yes, I bought this sarong in Lombok from a local in the Gerupuk village when I was there surfing.” 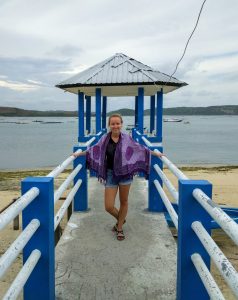 We had a late afternoon surf session where the instructors took time to assess where each of us were at, and I’m happy to report that I’ve still got it! I popped up on the first wave and rode it for quite a while. It’s nice to come back strong because there’s plenty of room in surfing to feel insecure and frustrated.

To give you an idea of what the surfing situation is like here in Gerupuk, here’s a break down: there are about four or five different areas in the bay to surf depending on the tide and winds, and we take an Indo-styled boat out to the breaks. Here’s a video I found on YouTube that helps with a visual: