I Almost Passed Out

I’ve found that all forms of transportation have its meh moments. Airports have security checks and endless lines, rental cars have tons of paperwork, trains have … ok, trains are practically perfect in every way. But buses? Buses are the bane of my existence, and I try to avoid them as much as possible. I’ve found that bus stations are disorganized and confusing. Buses are often late. Buses are cramped. Buses make me carsick. Buses take forever to reach the destination.

Ha – definitely won’t be sponsored by a bus company anytime soon with those glowing opinions.

I tried and tried to find a train that would take me from Dubrovnik to Kotor, Montenegro, but alas – they had nothing. So I was going to be busin’ it.

I boarded the bus after paying the shady bus driver 1 euro to stash my backpack underneath. When the bus departed, I quickly realized that the A/C was broken, and there were no windows to open.

I’m not much for the dramatics. Much. However, between the lack of circulation, rising temperatures, and general motion sickness of the Croatian switchbacks, I genuinely thought I was going to pass out. Luckily, the border control came at just the right time, and I got some fresh air outside.

But upon returning to the bus, somehow the A/C began to work! I almost cried out of gratitude.

When we were 30 minutes outside of Kotor, we ran into stand still traffic on the tiny highway. Our bus driver made a U-turn in the grassy RV parking lot, and we instead made our way to the ferry dock. We took a ferry across the bay, and that was a super fun surprise.

When I made it to my hostel, I felt ready to pass out into a nap. But instead, I joined a hostel group as they headed out to a small beach town to sip on coffee and socialize. I definitely don’t regret my decision. 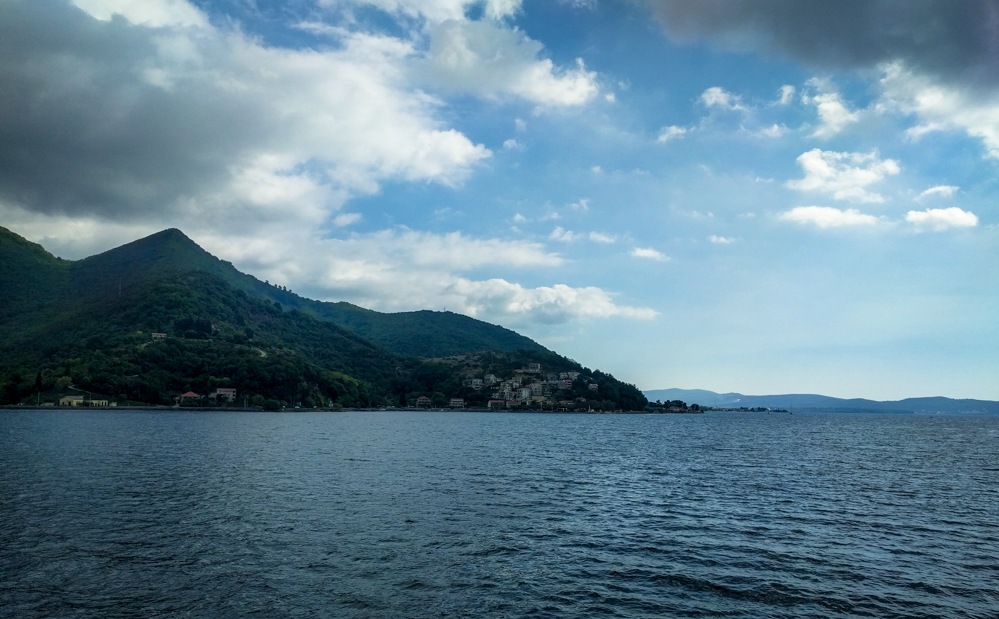 ← Previous post: A Bit of Reading and Wandering Next Post: A Boat Cruise Across Bay of Kotor →