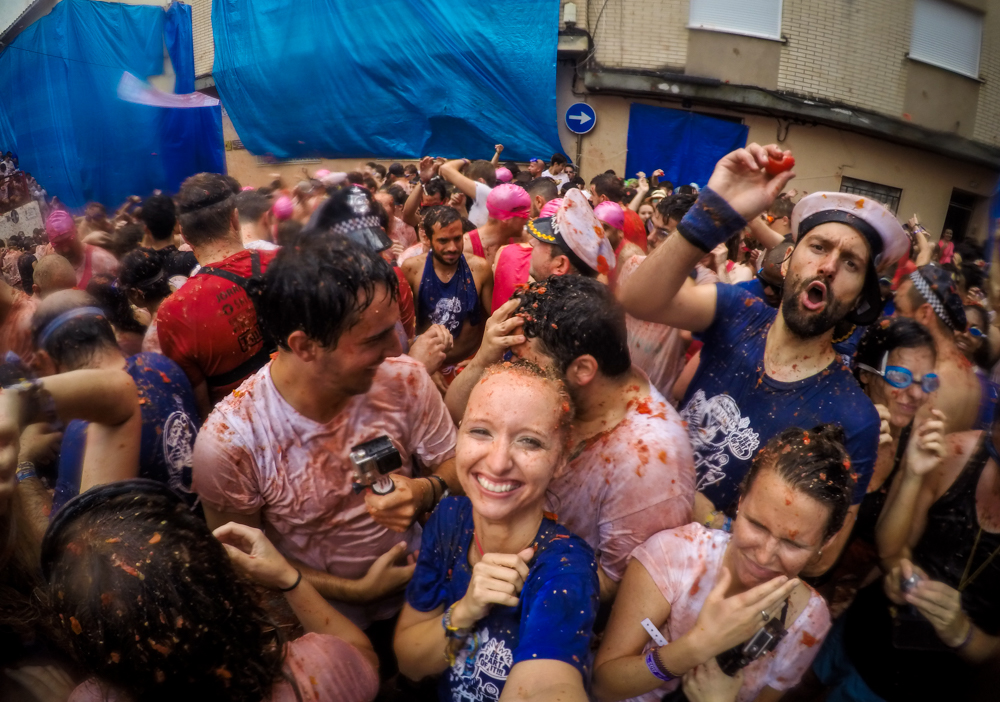 La Tomatina Festival has been on my bucket list for years. If you’re unfamiliar with this festival, it’s pretty simple. You meet in a small town called Bunol (right outside of Valencia) and have a big tomato food fight.

And yes, it’s as awesome as it sounds.

When booking my ticket for the festival, I had no idea what to expect. I read that roughly 22,000 people crowd this tiny town each year to participate, and I also read that you trash your clothes at the end of the day.

Once I was there, I met up with Bryce, Nicole, and Mike (which was a miracle that I found them in the mob). And after a bit of drama regarding tickets and bracelets, all four of us were in the streets and ready to go.

Then the mayhem began. 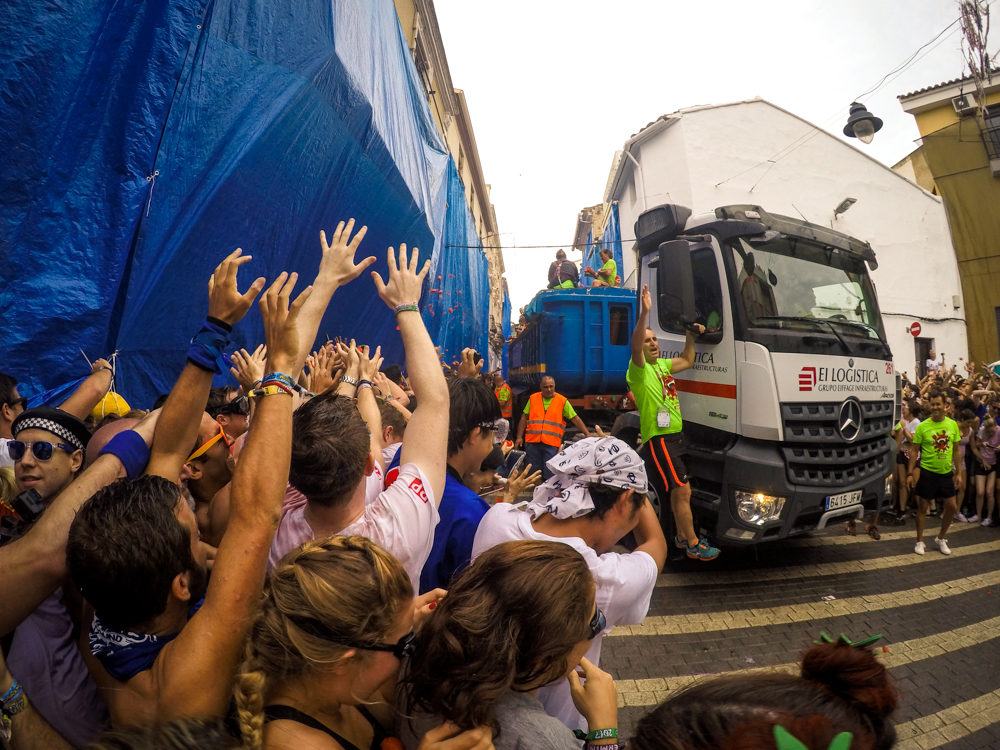 Friends turned on friends, and no one was safe from getting a tomato smashed into the side of their head. The progression of white shirts to red was pretty funny. Nothing was white by the end of it.

Once the horn blows, everyone drops their tomatoes and calls a truce. We all headed to the temporary public showers to rinse off as best we could. Granted, I would later discover that it would take a LOT of effort (and shampoo) to get all of the tomato bits out of my hair. 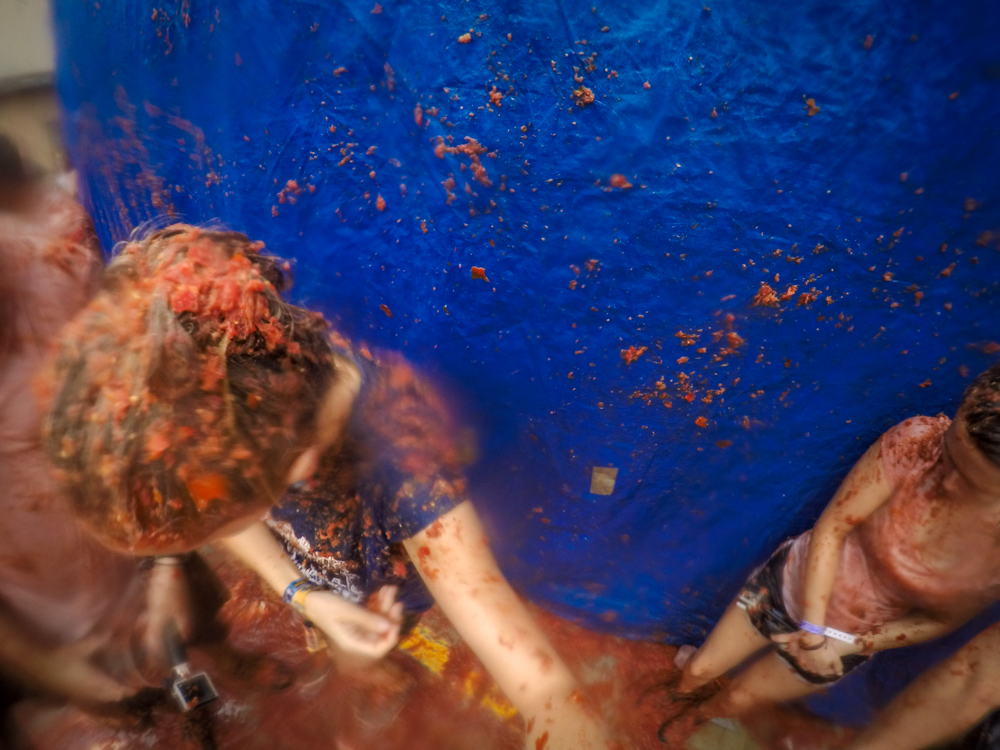 Overall, this festival was everything I hoped for. It was exciting, and messy, and festive. The people I met were so friendly, and even the locals had a great time splashing us with buckets of water from their balconies. 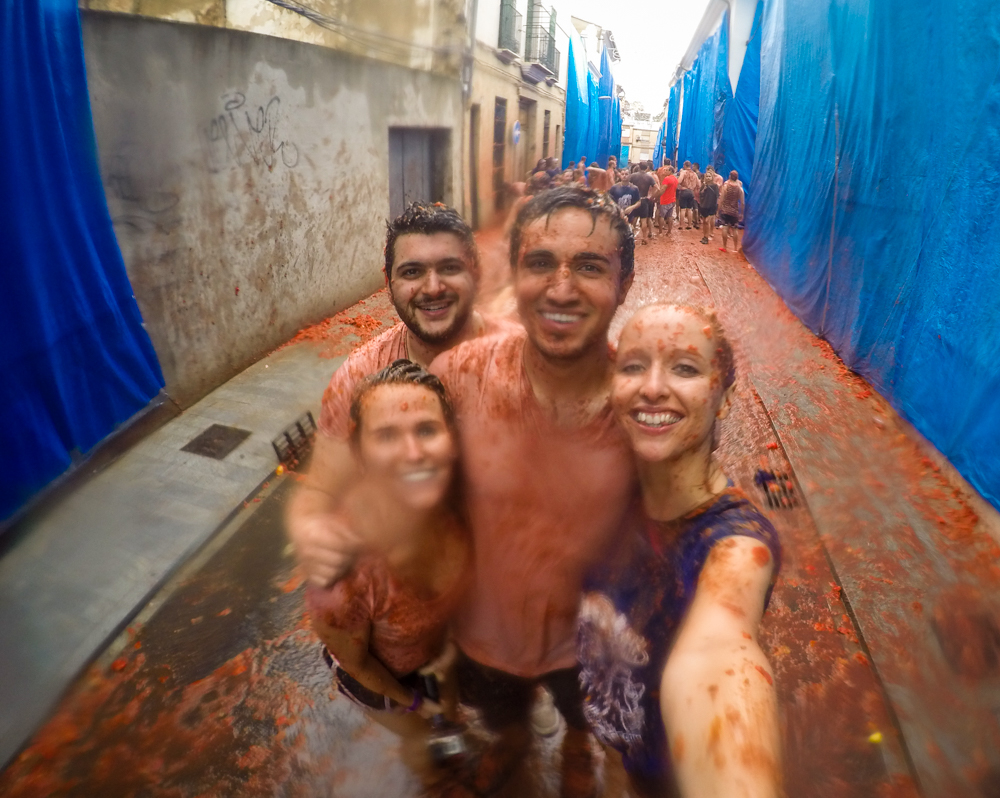 Tips and tricks I learned: