It’s Just Me and Neil Young

I really need to stop feeling guilty about lazy days.

Back home, I would often go full force in many aspects of my life. I would bike/bus to work, work 9 hours, bike/bus back home, head to the gym, and finally crash into bed. On the weekends, I was very intentional about catching up with friends and staying active.

Those days are super crucial to me. But since traveling, I often feel guilty about taking a lazy day. I often think, “C’mon Meagan! You’re in *insert cool country*! You should be out seeing it!” But then I also think, “I’m just soooo tired.”

So on this cold, rainy day in Whitby, I had a lazy day.

My Airbnb room is the attic of a charming English styled home. The windows are slightly cracked, I’m curled up in a blanket, and I’m drinking copious amounts of hot tea.

Don’t get me wrong, I have a million photos to edit and posts to write. But I’m also eating yummy food from the grocery store and making my way through the HBO series Big Little Lies (now that I’ve finished the book). 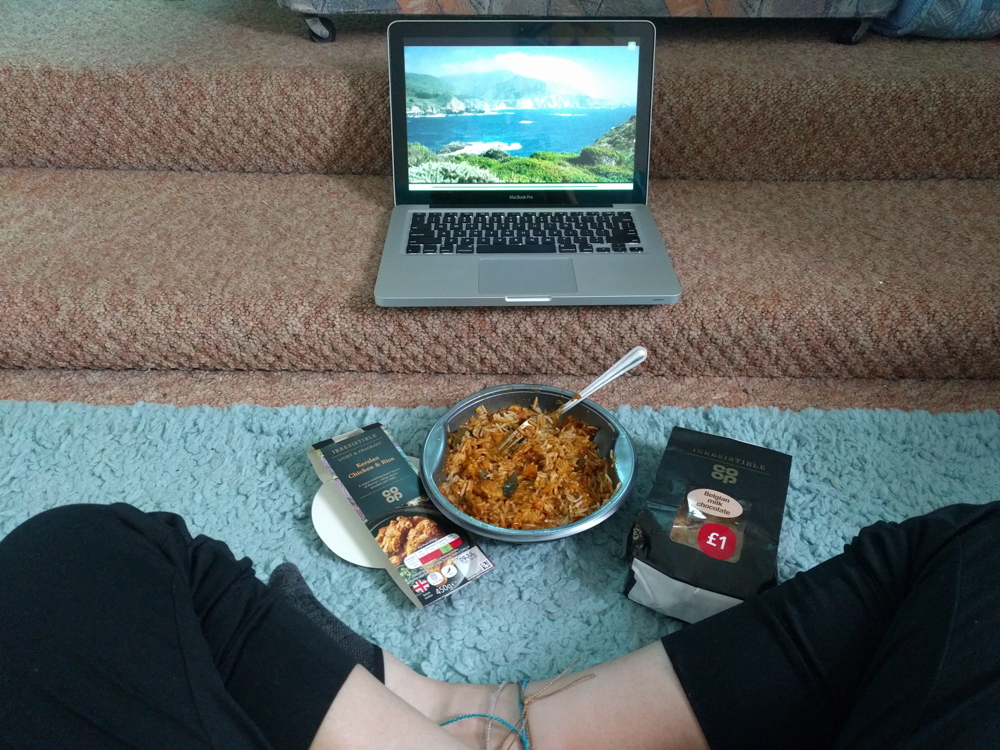 I also have some great company. Current songs on constant repeat (mostly inspired by the Big Little Lies soundtrack).