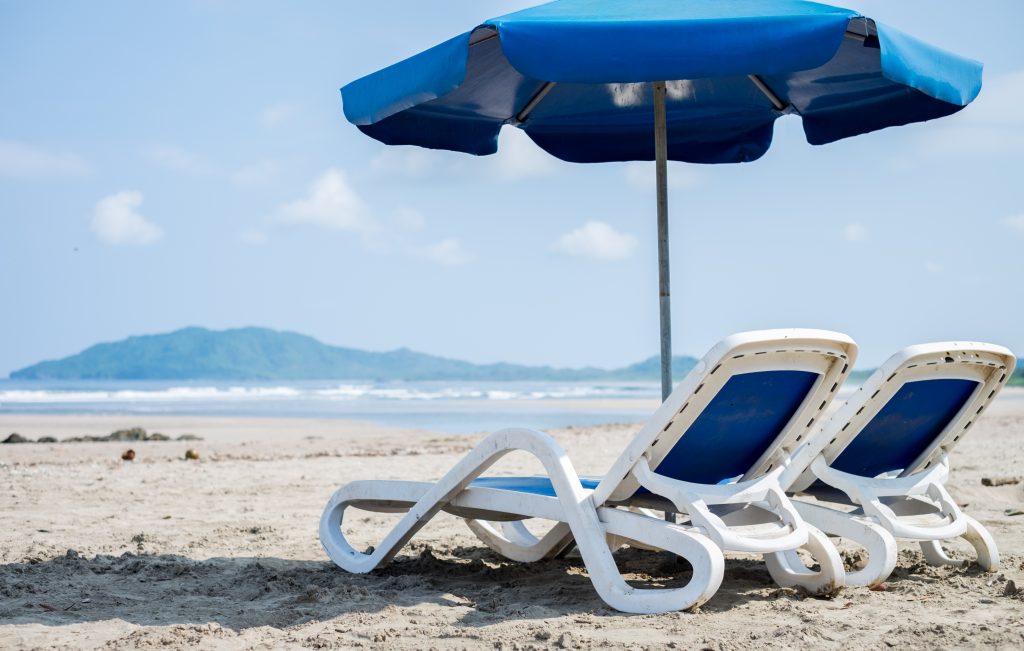 I woke up at 6:30am to begin packing with my roommates. Shout out to Jaade and Allie for being stellar roommates for the week. It was such a great experience to have girls that I could talk surf with. From carving techniques, tan lines, functional swimsuits, and bruises, they were the backbone of my week at Witch’s Rock.

By 12pm, all of my friends from the camp had left for the airport to go home. After surfing for 7 exhausting days, I’m not going to lie that I envied them a bit. The idea of sleeping in a familiar bed sounded wonderful. But instead, I went to yoga and got ready for my last surf lesson with my instructor.

The waves were few and far between. I was pretty tired, but I managed to have a few runs. My instructor told me that I had one that was “perfect.” So I mean, stop while I’m ahead, right?

After spending two hours in the water, I checked out of Witch’s Rock and lugged my backpack 1/2 a mile to my new hostel in Tamarindo. My plan is to stay in Tamarindo until Tuesday to solo surf.

The hostel was a bit on the lower end. But for $14 a night, it was a deal hard to beat. I was laying on my bed exhausted from a draining week when all of a sudden I saw something crawl across the bunk bed opposite of mine.

It was a scorpion.

About two inches wide and three inches long, a scorpion was just hanging out with me in the room. Because I was so exhausted, I didn’t even have the energy to panic. I went to the front desk to tell them about the scorpion as if I was informing them that I was out of towels.

As the hostel worker began hunting for the disappearing scorpion in the room, that was the moment I hit my limit. I was tired. Too tired for this.

Fortunately by a stroke of luck, I ran into a girl in the lobby that I met a few days before. Having had her own traumatic hostel experiences, we both decided we needed somewhere nice where we could recharge.

We both packed up our bags and checked into the Hotel Diria Resort.

They have comfy beds, wifi, and a buffet breakfast.