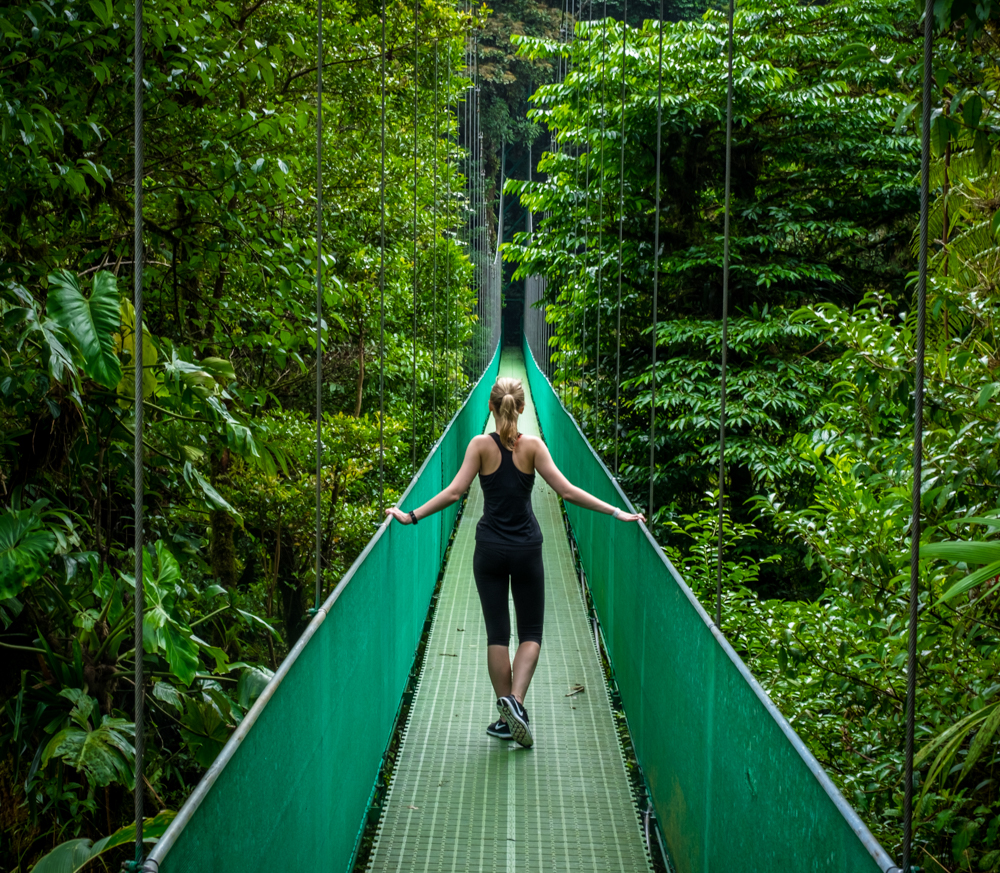 I flew into Juan Santamaría International, the airport outside of San Jose, on a rainy afternoon. Because I decided to visit Costa Rica in the low season, that also meant I would be visiting during the rainy season. A small price to pay for cheaper hotels and a bit of serenity. My shuttle arrived to pick me up from the airport shortly thereafter, and together we headed off to Monteverde.

Monteverde is a small town located in the northwestern region of Costa Rica. Because of its elevation of about 4,662 ft. above sea level, it receives an abundance of cloud coverage that helps the forest thrive through its moisture. And because of this moisture, it has produced a stunning Cloud Forest with views that will take your breath away.

With so many tours and adventures to choose from in Monteverde, one could quickly become overwhelmed. After doing extensive research on the various zip line tours, I decided to go with Sky Adventures since I had read that their Sky Trek was higher and faster than their competitors. They also offer a Sky Walk (a hike across 6 hanging bridges) and a Sky Tram (guided tram tour over the forest).

When I arrived at the Sky Adventures’ office, I was greeted by my tour guides, Jean and Fernando. Together, they produced a perfect balance of safety and entertainment during my tour. Once my helmet was strapped on and my harness secured, I set off for a 1-hour tour across 7 zip lines.

The zip lines were out of this world. Strung high above the forest, you can see across for miles. Though it was very high, I never once felt scared or unsafe; it was just pure enjoyment. Luckily for me, I didn’t have to worry about capturing a perfect selfie because a professional photographer followed along on the journey to take those candid shots. For $25 I was able to purchase roughly 45 priceless photos.

After the ziplining experience was over, I then embarked on the Sky Walk. Having drooled for months over Google photos of these hanging bridges, I was incredibly anxious to see it in person. They did not disappoint. The bridges spanned across almost impossible lengths and gave views that were amazing. The best part? I had the entire trail and all six bridges to myself. Low season definitely has its perks.

After my hike, I discovered that Sky Adventures also houses a cafe and restaurant for those who are starving after their adrenaline rush calms down. It’s quite the convenient location with a great patio overlooking the forest.

Having journeyed all the way from the United States to Monteverde, I wanted to be sure I had the best tour possible. If you feel the same way, then look no further than Sky Adventures.

I was received by Sky Adventures as a guest. My opinion, however, is my own.