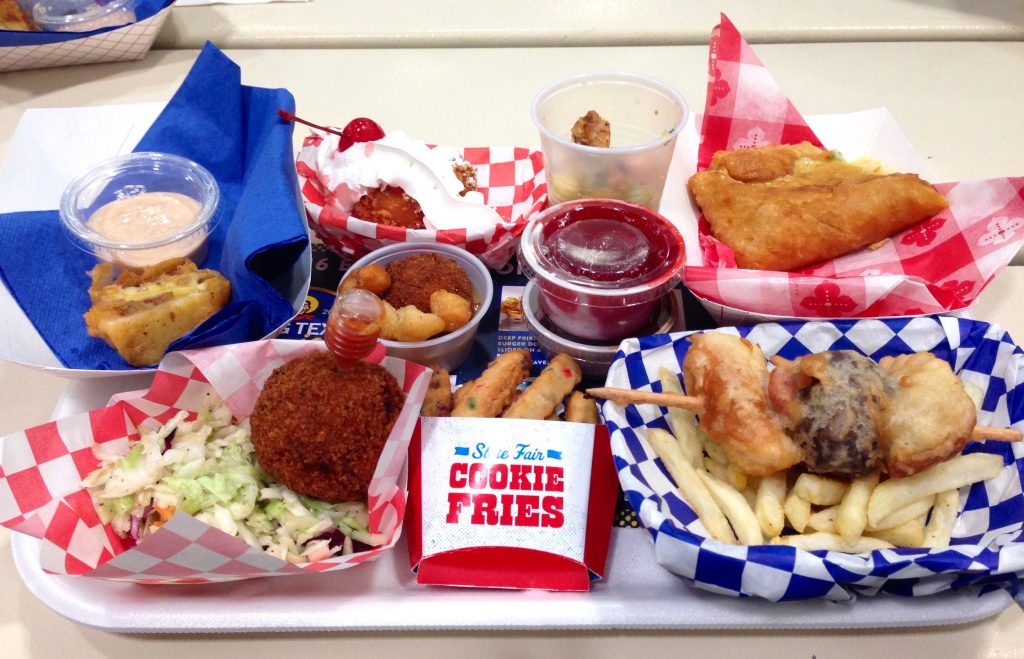 As if little Autumn Elves have sprinkled their magic dust across Dallas, fall weather has officially graced us with its presence. And this can only mean one thing.

The State Fair of Texas is almost here.

I mean, it’s completely casual, but I am the biggest State Fair of Texas fan. The smell of cotton candy and asphalt mingling in the air – sounds of barnyard animals and midway rides tickling my ears? This is heaven on earth.

The Big Tex Choice Awards, however, are next level. It’s my everything. My heart (but mostly my stomach) have withstood 6+ blissful years and 35+ deep fried concoctions. The fair and I are practically in a committed relationship. We’ve seen our ups (Fried Bacon Cinnamon Roll and Cowboy Corn Crunch), and we’ve seen our downs (Fried Bubblegum and Deep-Fried Milk and Cookies on a Stick). So when I was invited to sample the food finalists at the 12th Annual Big Tex Choice Awards, I almost passed out from sheer excitement. 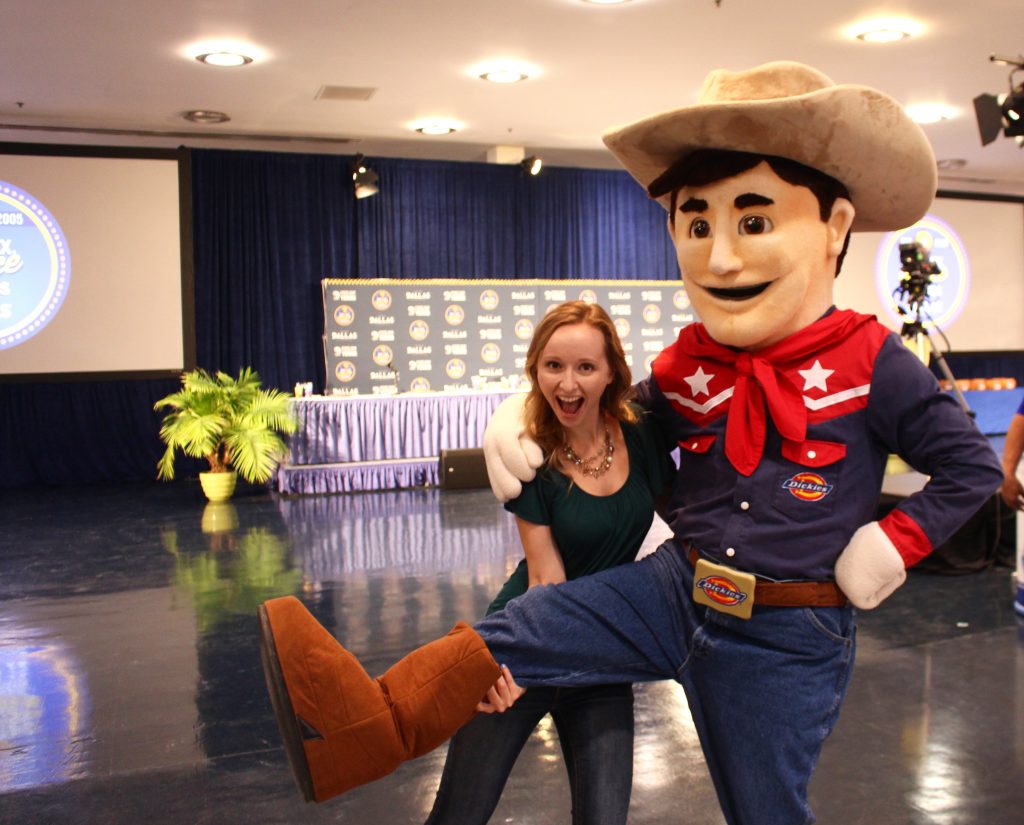 Having skipped breakfast to really prepare for the task ahead of me, I eagerly, yet thoughtfully, tried all eight food finalists. And let me tell you, it was a lot of food. Bull Rider and 2016 Big Tex Choice judge Don Gay said it best: “Let me take my hat off and loosen my belt.”

So listed below are my thoughts and opinions of each State Fair of Texas finalist. There were some clear winners, some clear stomach aches, and a few random surprises along the way. 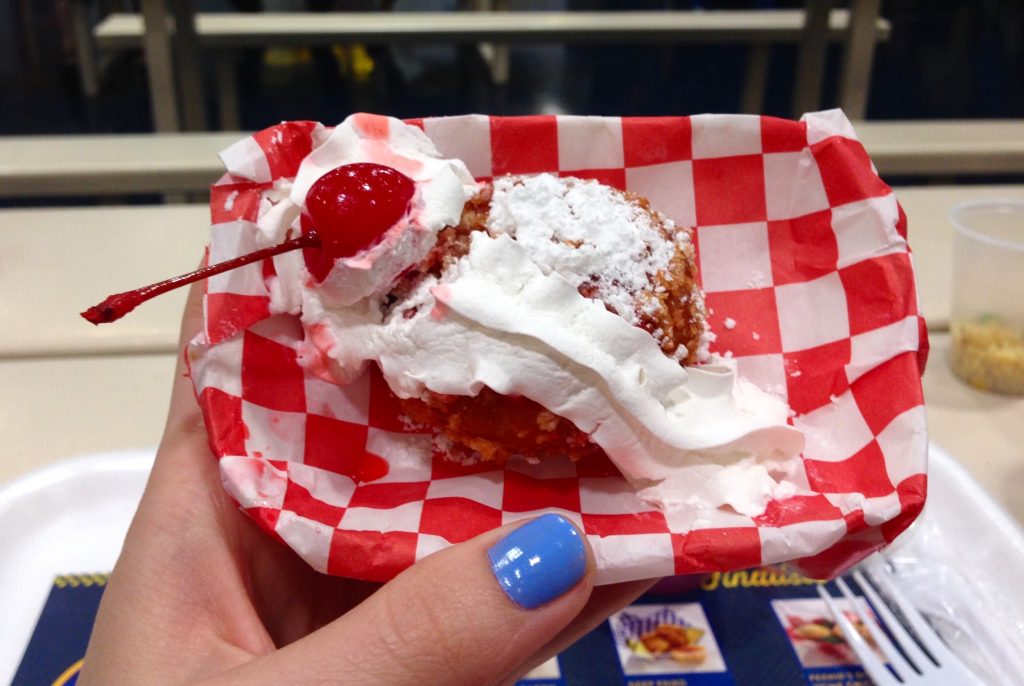 Starting off with my favorite – fried Jello-O. The batter is a sweet panko-crusted breading with a gooey cherry middle. It’s surprisingly light and crispy. I don’t think I’ll ever understand the science behind frying liquid. Luckily, however, I don’t have to understand it. I just eat it. 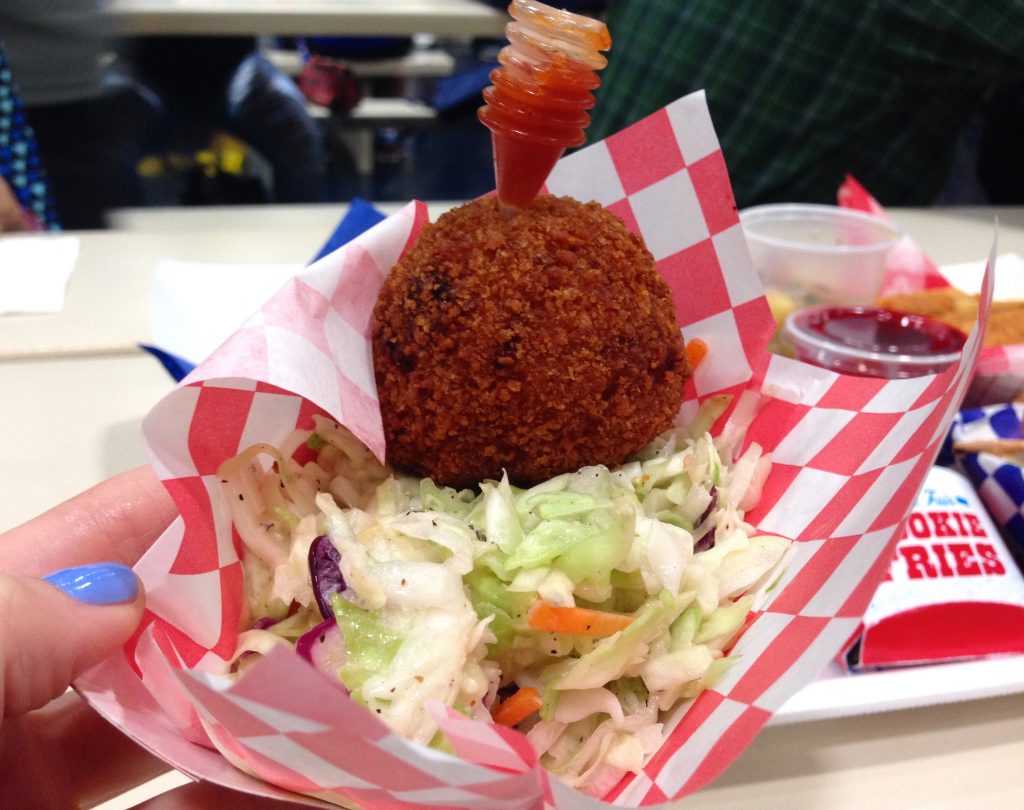 This is fried fair food that you can depend on. It’s wonderfully predictable – and I mean that in the best way. It has a crunchy exterior with a packed meat interior. The meat was moist and good quality. The sauce is a bit sweet with a kick. If you’re from the South, you’ll approve of this solid BBQ. And there’s a mini pipette involved! Too cute. 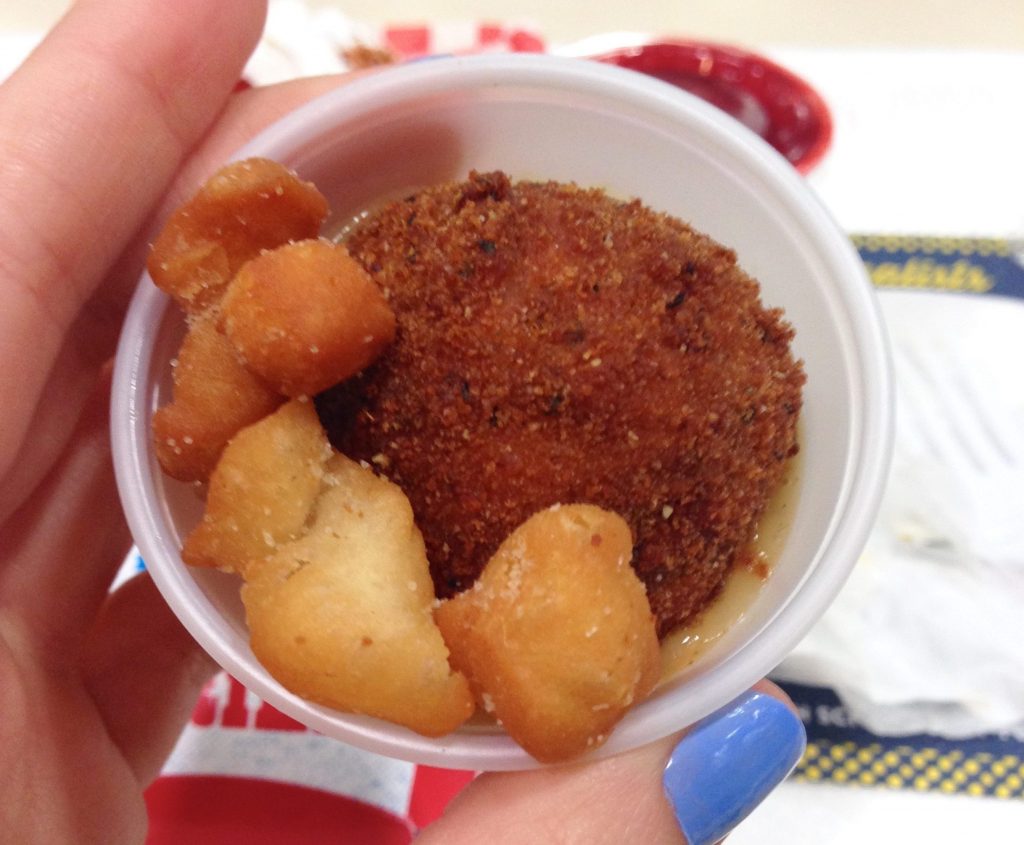 This was just good. The gravy had a nice, savory flavor to it, and the chicken balanced the breading well. It also came with little biscuit bites. Simple, to the point, and good. 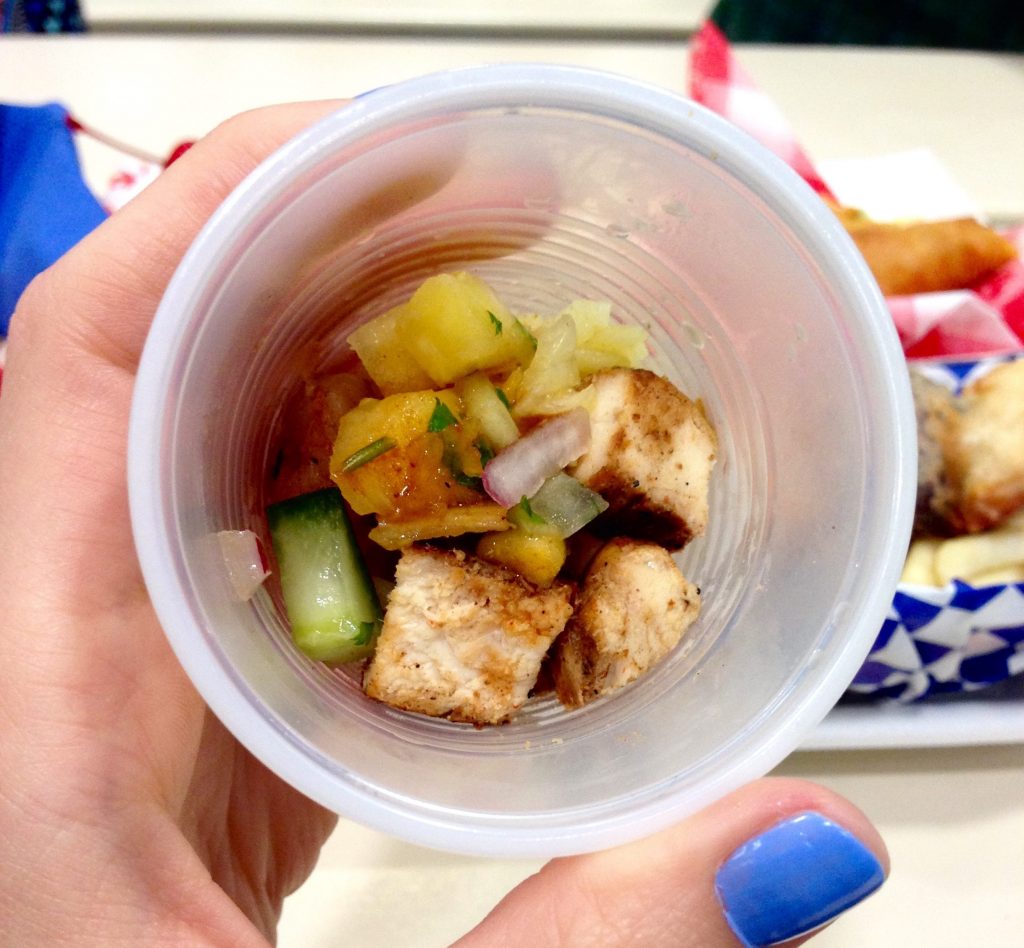 Forget about making a scene while walking around the fair with a big turkey leg. Upgrade to half a pineapple. Because I only had a sample size, I wasn’t able to capture the full presentation. But let me tell you – it’s intense. If you’re not feeling up for fried food, then this is your perfect alternative. The flavors are wonderful. Little kick, little crunch, and your stomach will thank you. 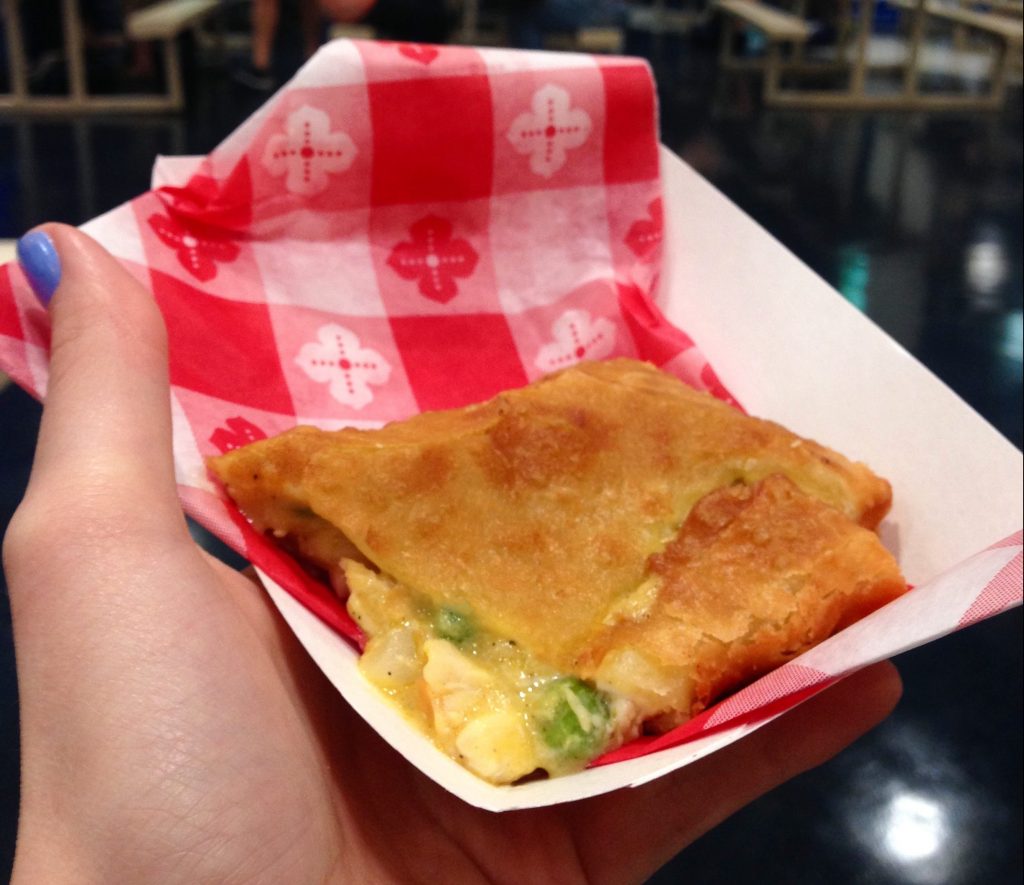 I don’t feel like I’m the most qualified person to judge this simply because I’ve been scarred from chicken pot pies since they served them in my college cafeteria. However, I actually kind of enjoyed this one. It seemed to be exactly what grandma would make, and it’s incredibly hearty (like you might need to walk this one off before you think about getting more fair food). It’s also served with a side of mac ‘n cheese dip. C’mon now! 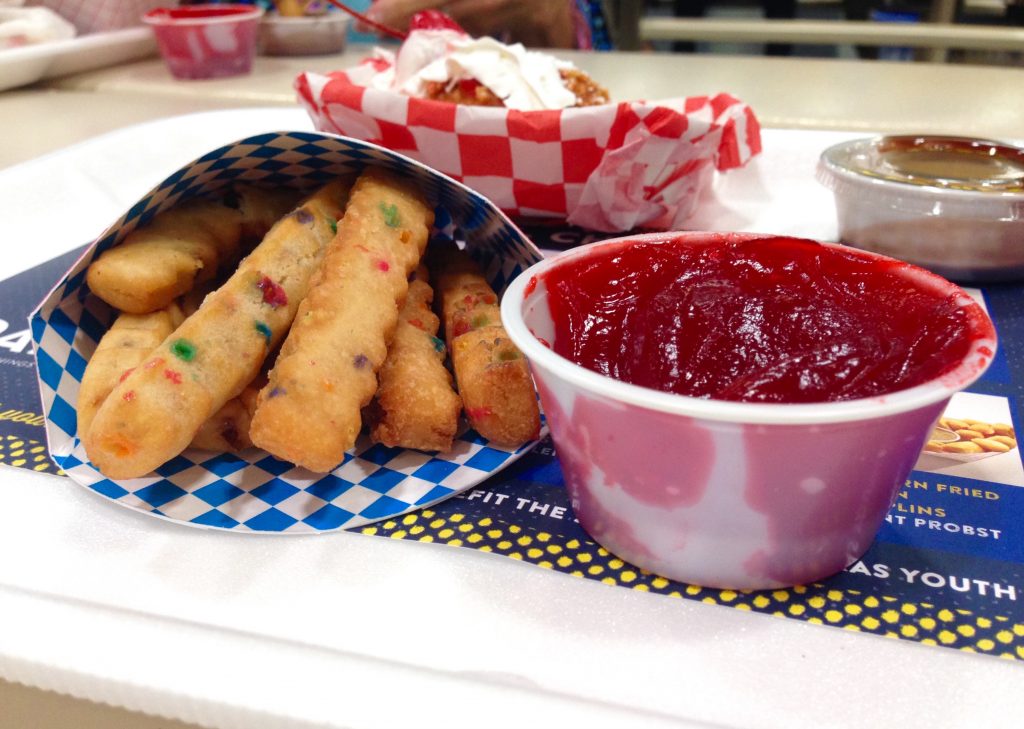 I appreciate what they’re trying to do with these cookies, I really do. But at the end of the day – they’re just crinkle cut cookies. When you’re competing against fried Twinkies and fried Oreos, you really have to impress me. Coupons aren’t cheap, ya know? Save the coupons, and buy a bag of cookies at the grocery store. 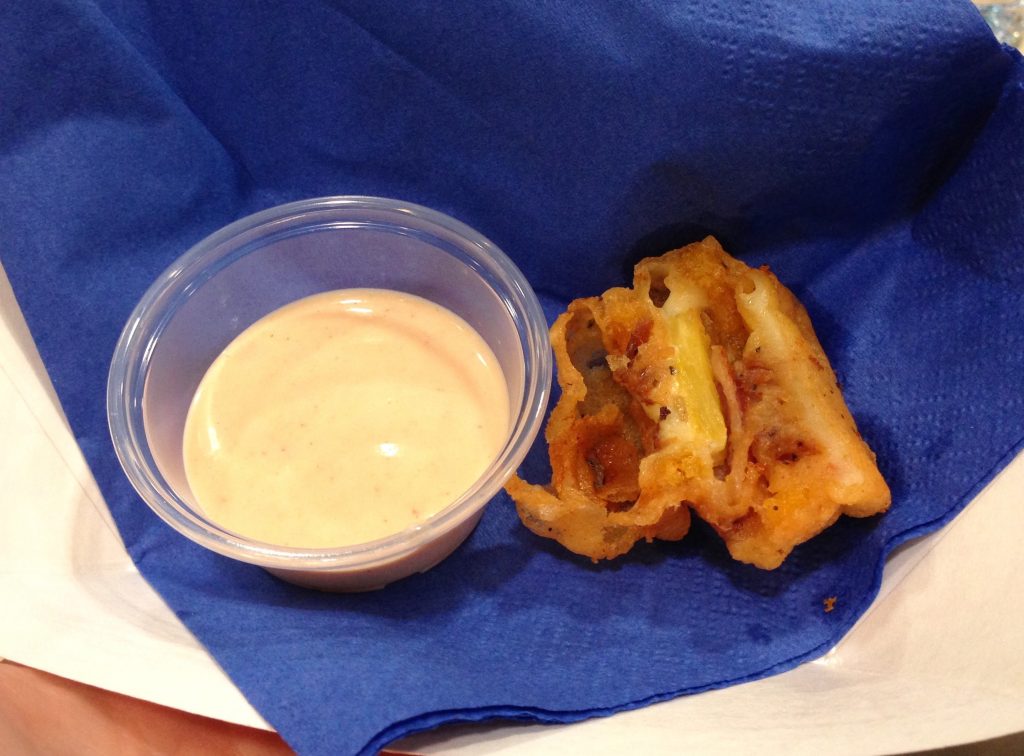 This dish was neither here nor there for me. I couldn’t find the Funyon, it was a bit chewy, and it ultimately failed to leave an impression on me. I give it a “meh.” 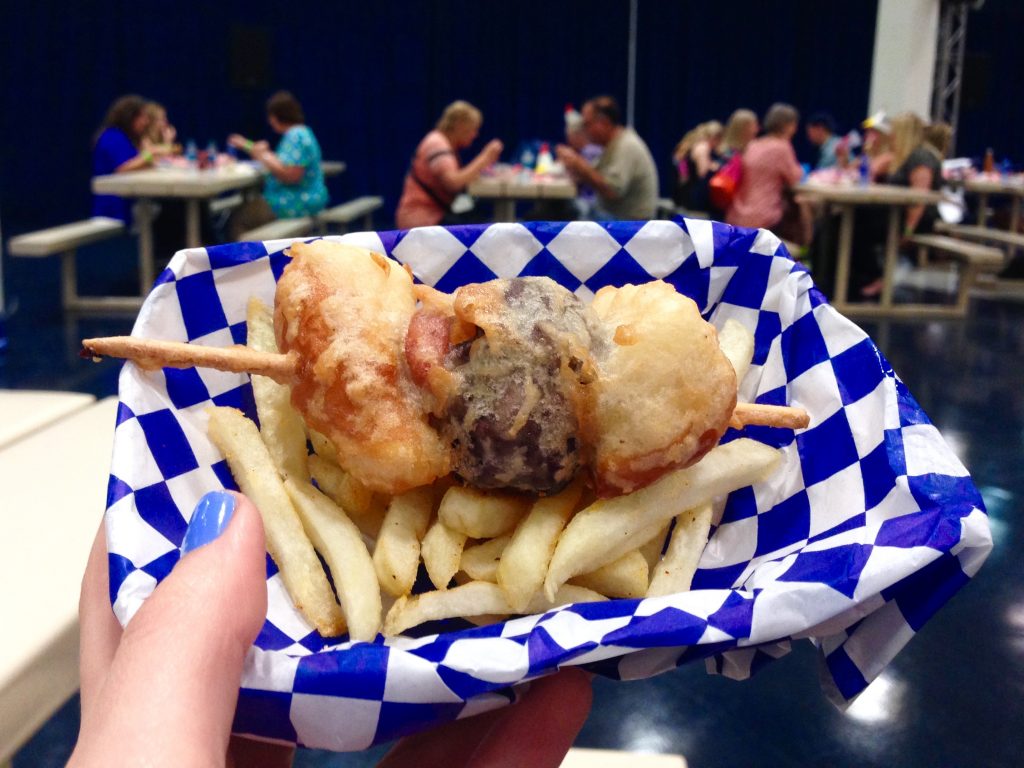 No, no, no. All kinds of no. One bite of this oil-dripping madness, and my stomach began to hurt. Or maybe it was the chunk of hot dog. Unless you’re down for that sort of thing and have a stomach of steel, just don’t.

And that’s my State Fair of Texas 2016 food list! Do you consider yourself a Fair Food Connoisseur? I would love to hear about some of your favorites in the comments! Anyone tried Fried Coke?

Also, give the State Fair of Texas | 2015 Tilley Taste Test a read! I highly recommend hunting down some of the previous year winners.

The State Fair of Texas opens September 30th and goes until October 23rd!