On a beautiful, bluebird morning, I headed off with my best friend @AbbeyDaugherty to hike the hills of Dinosaur Valley State Park in Glen Rose, TX. Our spirits were high, and we were ready for some adventure. This state park definitely delivered.

Quick summary behind the history of the park:

One fateful day in 1909, a boy by the name of George Adams stumbled upon theropod footprints while playing in the Paluxy River. Since that day, it has drawn crowds of people far and wide to find the dinosaur tracks for themselves. Through the years that followed, more dinosaur tracks were discovered, and in 1972, this 1,587-acre piece of land became a state park.

For more information about the Dinosaur Valley tracks, pictures, and its history, click here.

As we drove into Dinosaur Valley with windows down and hair flying free, we rounded a turn to  find the gargantuan dinosaur models standing proud. Fun fact – these exact dinosaur models were on display at the 1964-65 New York World’s Fair and were donated to the park in 1970.

Obviously, I got out of the car as fast as I could to take the cliché “I’m about to be eaten by a dinosaur” picture. I regret nothing.

Our first mission that we set out on was finding the dinosaur tracks. I mean, how could you possibly come to this park and not see them??

You don’t have to be Sherlock to find the tracks in the Paluxy River, that’s for sure. Just search for the people all standing around in a circle taking pictures. And oh yeah, they’re big dinosaur prints. They’re pretty easy to spot.

Though we didn’t search every square inch of the state park, I can state with almost 100% certainty that the Paluxy River Scenic Overlook is the best part of Dinosaur Valley (see picture above). I highly recommend hiking your way up the Overlook Trail to take in this stunning view. The river is beautiful, but actually small and subtle compared to the vast plains of Texas. 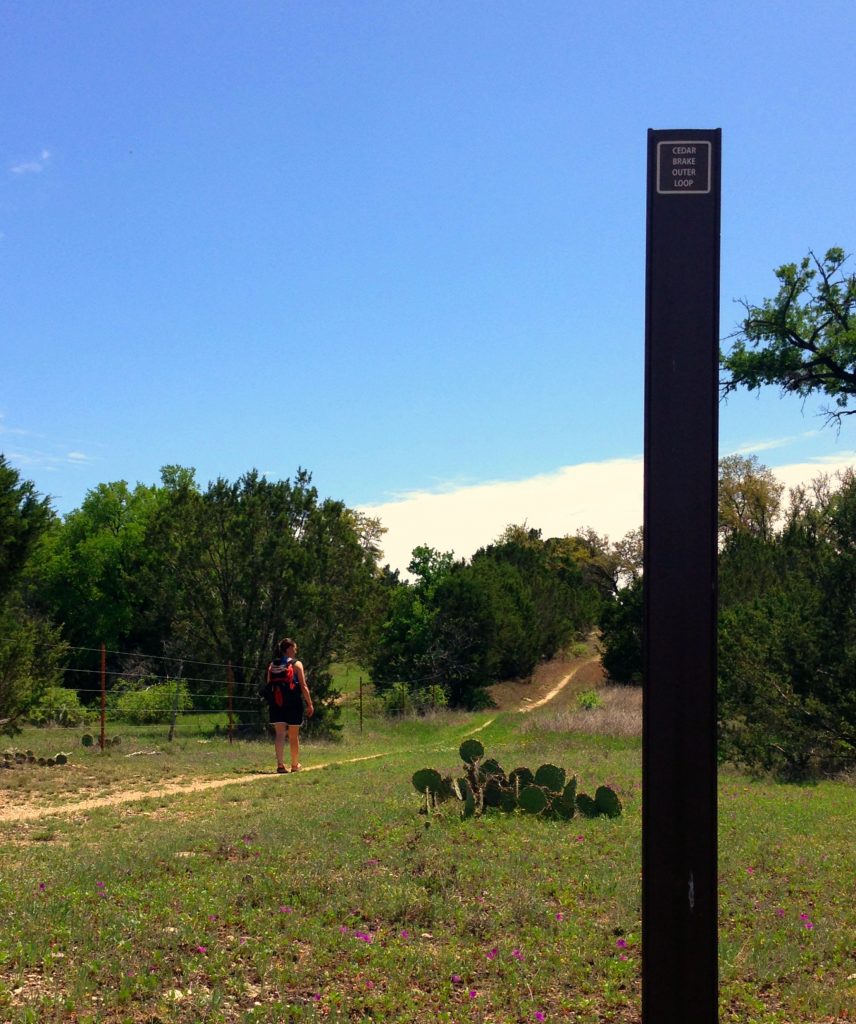 After finding the tracks and taking in the view of the Overlook, we decided to head out on the longest trail of the park – the Cedar Brake Outer Loop. It’s 7.52 miles and about 3 1/2 hours to hike. One downside to this trail: because you’re on the far edges of the park, the park fence was our close neighbor for about a third of the hike. We did appreciate, however, the quiet solitude that we found on it. 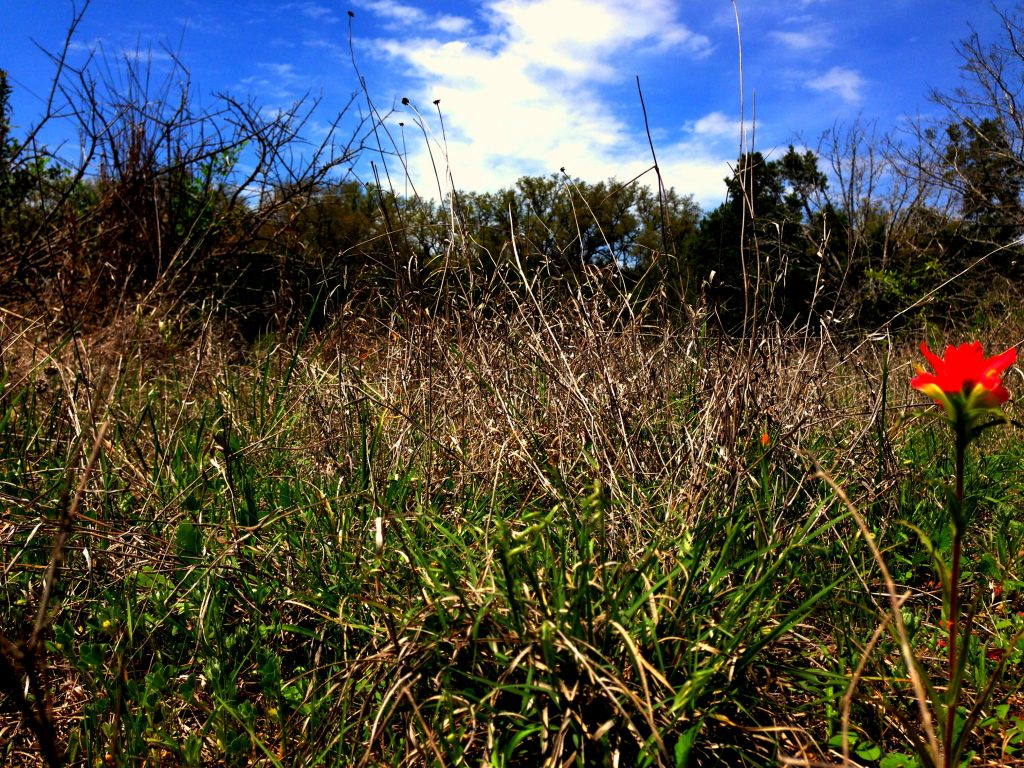 I only found one thing about Dinosaur Valley that was rather confusing – the trail’s color coding.

Abbey and I spent so much time backtracking because of the trail’s inconsistency of color coding. We would look at the map – then the position of the sun – then the compass. The colors were just not matching up. After much perplexity in the warm sun, it turned out that some of the trails were just marked wrong. A lot.

Whether the red trail was actually green or the purple trail was actually blue, the world will never know. But it did spark conversations of “do people see colors differently” and “was the dress white/gold or blue/black??” (read a semi-scientific article about the dress here). All that to say, we felt very profound as we hiked in the woods.

After seeing dozens upon dozens of blue markers on the purple trail, we couldn’t stop laughing. Granted, by this point of our day we had hiked close to 7 miles and were getting pretty tired. Naturally we started singing Taylor Swift’s “Are We Out of the Woods Yet.”

Dinosaur Valley State Park was everything we hoped for and more. Beautiful views, life-size dinosaur statues, friendly hikers, and long trails that helped you forget about the hustle and bustle of life. Next time we visit, we’re hoping to do a bit of mountain biking or kayaking.

Have a favorite place to hike? Let me know in the comments!