Prep for a Special Trip to Seoul

So over the past couple of days, I’ve been a bit emotional — as you can tell from my previous posts. Haha! Partly I was just being a little tired, but I think mostly I’ve just been stressed about an upcoming photography project.

Over the past couple of weeks … maybe even months, I’ve been coordinating with a company to do a photoshoot for them while in South Korea. They have an office in Seoul, and they wanted me to update a few profile photos and office stock photos.

Now to be honest – I’ve been out of the commercial / corporate arena for some time (9 months give or take). So though I knew I had the photography expertise, I was still a little nervous getting back into the swing of things. I mean, I’ve never seen what this office looks like, who they’re wanting me to take pictures of, what the lighting is like, what kind of space I’ll have to work with, etc.

So I was a little stressed. There are lots of variables for things to go tragically wrong.

So the entirety of today was dedicated to this upcoming trip to Seoul. I plotted out each and every angle and shot I wanted, and I made sure I knew each detail for the photo. Basically, I made sure I was on my A-game in case things went awry.

Eventually I needed to make my way to the grocery store to pick up a few items. And as lame as it sounds, this would be the first time I ventured out of the apartment without Emily.

I made my way to Homeplus which is basically like a Target or Walmart.

I needed things like a notepad, pen, green tea, stuff for lunch, and maybe even a green smoothie …

I would just like to take a moment and thank the marketing team of every brand I’ve bought things from. Because without their clever graphics letting me know exactly what something is regardless of language, I would be completely lost and starving. You da rurl MVP.

And then I found this aisle … the American aisle: 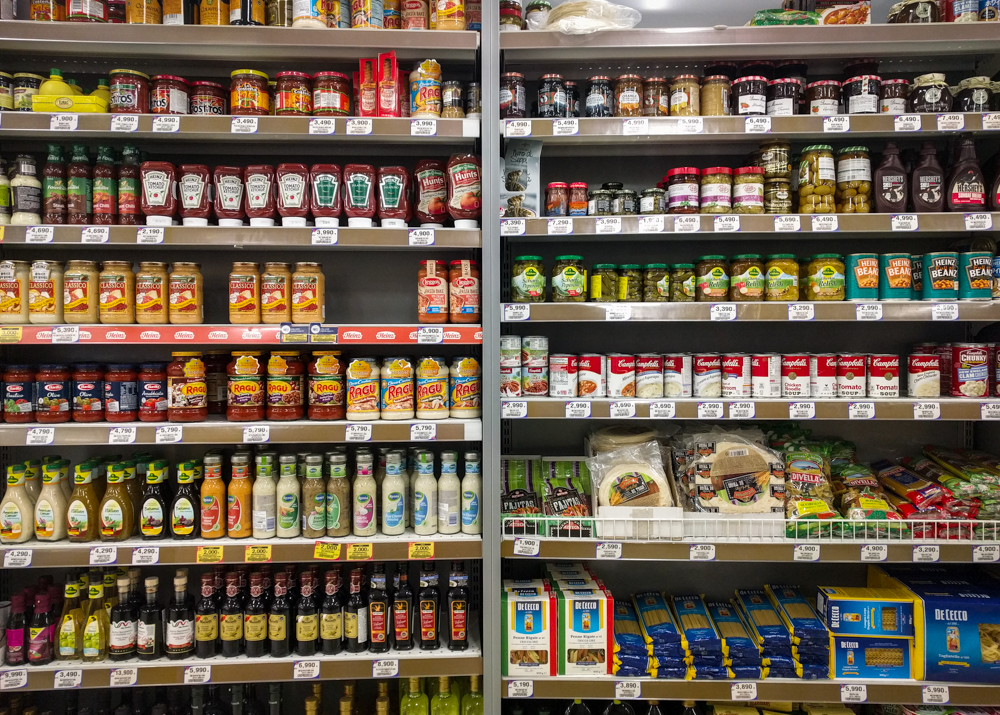 Who knew that such a little corner of a grocery store could bring me such great happiness?

I’ve started making a list of places I want to eat when I get back home. So far I have:

A random collection of favorites. If you think I should add anything else to the list, tell me in the comments!

← Previous post: Spoiler Alert: I Didn't Do Anything Today Next Post: I Got to Seoul by Myself →