Hop, Skip, and a Flight to Christchurch

I absolutely love traveling with a familiar face. There’s just something so comforting and relaxing about having Molly join me for the south island. When you find those people who are so easy to travel with, you hold on to them.

I’d just like to say that Molly is handling jet lag like a champ. She flew into Auckland yesterday, and we immediately went to Hobbiton. We had an early night last night, and now we’re up and ready to fly down to Christchurch. Molly doesn’t mess around.

It’s truly weird being in an airport with someone I know. It’s such a foreign concept to me. But it’s kinda nice to talk to a friend instead of avoiding awkward conversations with your seat neighbor stranger.

Side note: we needed to charge some things at the airport and this is what we did. Is this even safe?? 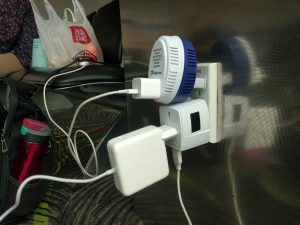 When Molly and I arrived at Christchurch airport, we picked up our rental car. It’s a silver Kia Sportage, and we named her Sportage Spice. You’re welcome world.

When we got out of the airport, we were both starving. We began our hunt for food and found Lone Star. Cracks me up that we’re halfway around the world, and we’re still reminded of Texas. 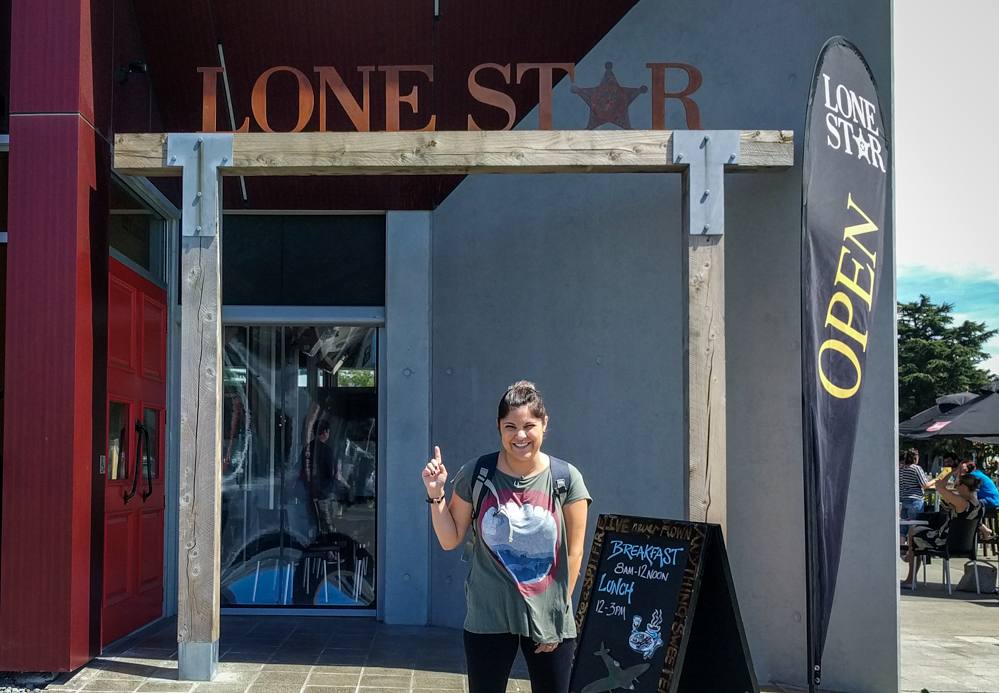 Eventually we settled on Mexican food because duh. Also, can we discuss how sad it is that they need a sign to explain what things are?? These poor, deprived people…

I drove us out of Christchurch, and then handed the keys over to Molly so that she could learn how to drive on the left. We were driving down straight, farm highways, so it’s the easiest way to learn. She picked it up quickly! Though I was relieved to know that I’m not the only one that has a hard time with the windshield wipers / blinker changes.

After what felt like an eternal travel day, we finally arrived to our destination: Twizel.

I am quickly falling in love with the small towns of New Zealand. Quant is an understatement.

← Previous post: We’re Going on an Adventure to Hobbiton! Next Post: Learning to Stay Flexible in Tekapo →