Back in Indonesia, Tama and I had our routine. I would go lay out by the pool, he would sleep in until about 11am, and then we’d both meet up and grab brunch. We did this for weeks.

Though we’re not in Indonesia anymore but instead in Auckland, part of that routine is still the same. We still enjoy our lazy mornings. I was staying at Tama’s family’s home, and we didn’t get up and moving until about noon. In all fairness though, I peeked in on Tama at 11, and he was still sleeping like a baby on the couch. So. Just saying.

Tama has some surprises up his sleeve for my trip to the North Island, and today I learned that he has a good friend who has a few jet skies. So around mid-afternoon (and high tide) we met up with his friend, loaded the jet skies up, and took them to the nearest water point. To be honest, I’m not sure if it was considered a bay or a sea or what. But it was water, it was a great temperature, and we had a lot of fun. 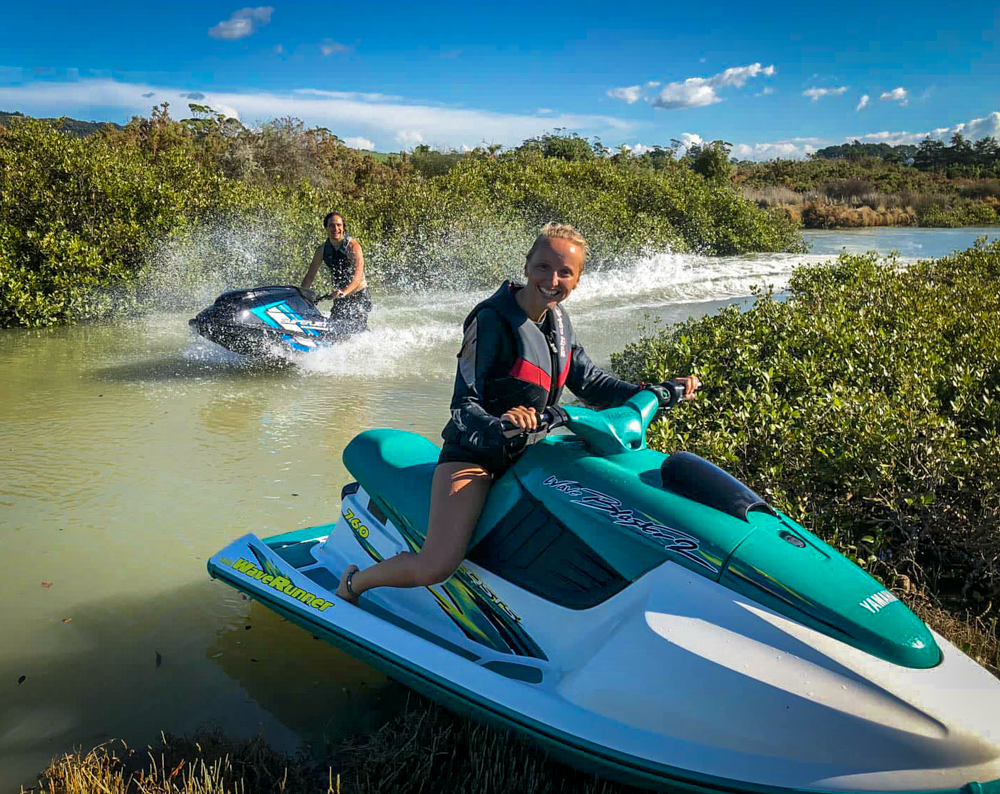 His friend Logan led us to this really cool spot where there were basically lanes of water with bushes surrounding you. The guys would race through them trying to get quicker laps each time. They definitely hit some bushes a few times.

Eventually we decided to head back, and we were going through some open water. I was flying on the water when all of a sudden – BAM – I hit a sandbar. The jet ski just dies right under me, and I get thrown into the handle. So not only did we have to rapidly drag the jet ski out of the sandbar as the tide lowered, but I had to do it with blood dripping down my leg. Kinda killed the fun vibe there for a bit.

But then I got back on (terrified that it would happen again), but following Logan. He would be the guinea pig for water depth, and I was ok with that.

We then headed back, cleaned up the jet skies, and drove into downtown Auckland. Because of Tama’s work, he was able to get a penthouse two-bedroom hotel suite for free. So we lived it up for a bit. Look at this beautiful king-sized bed that I get all to myself. 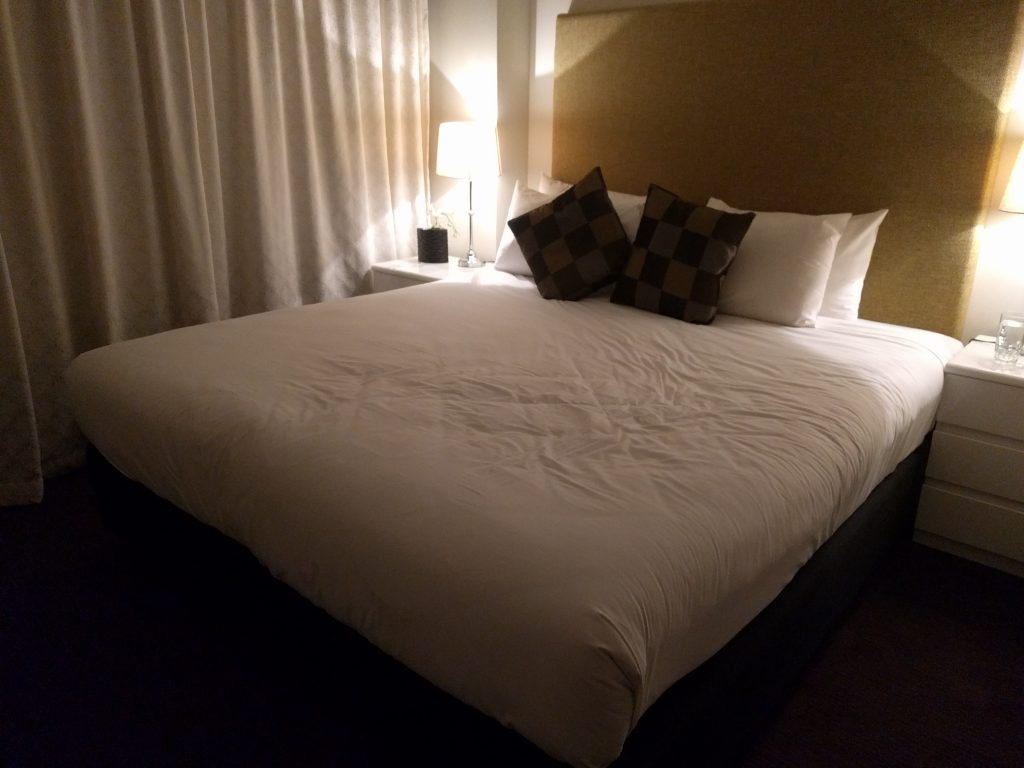 ← Previous post: Goodbye Melbourne. Or Should I Say See You Later ... Next Post: A Bit of Brunch →