An Iconic Day at Bondi Beach

You know what’s crazy? When you’ve seen something on Instagram for years, and then you see it in real life. It’s happened on this trip time and time again, but it never gets old. Seeing something beautiful and iconic with your own eyes — to be honest, it feels very bizarre! Like your body isn’t there, and your eyes aren’t actually seeing it in person.

Today was going to be another iconic day: Pasq, Arna, and I were headed out to Bondi beach – one of the most famous beaches in Sydney. 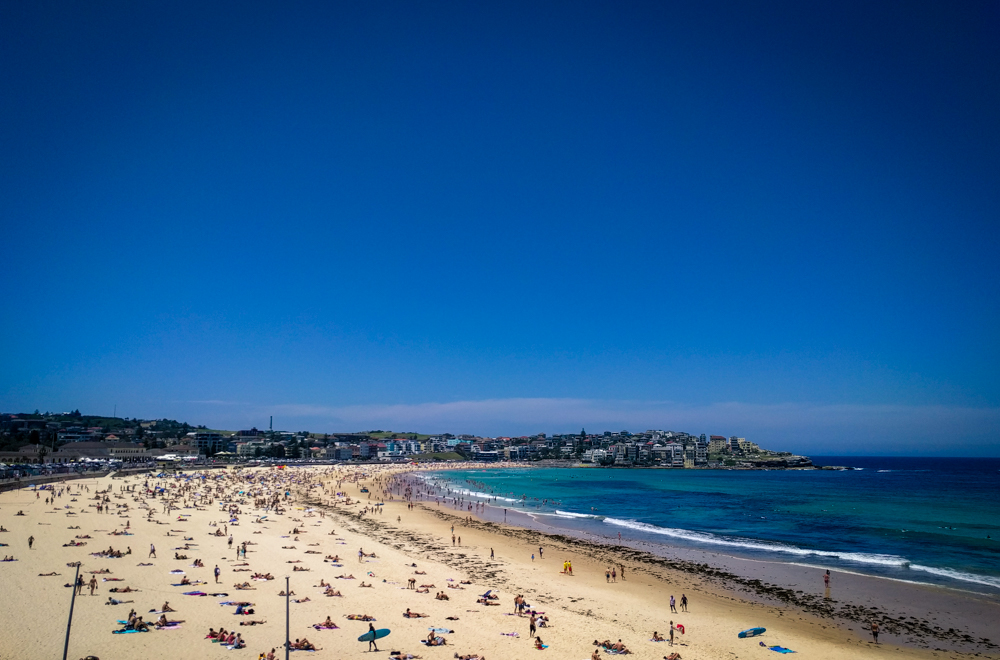 The sun was out and shining – the wind was lightly blowing. It was a perfect beach day. Unfortunately, the water was freezing. Nonetheless, we slowly got acclimated to the shivering temperatures and warmed up by diving into the barreling waves.

Tangent – Growing up in Dallas, my family often went to swimming pools or lakes during the summer. With the ocean being about five hours away, it wasn’t something we did until I was older. I can still remember seeing the ocean for the first time when I was about 9 or 10. It sprawled out as far as I could see – waves gently crashing onto shore. In that moment, I knew the ocean was magical.

Since then, I’ve been obsessed with the beach and any activity that goes with it.

While Pasq, Arna, and I jumped over wave after wave, I noticed how clear and clean the water was. Growing up on the beautiful (sarcasm) brown water of Galveston, I’m always surprised when I can see my toes through the water.

Then we lounged on the sand at Bondi. All three silent with our heads facing the sun, we listened to the conversations surrounding us.

Aussie accents will endlessly amuse me.

We then headed over to the Bondi Icebergs Club where we ate french fries and watched the surfers out in the distance. We also hung our legs over the side of the pool and watched old, balding men attempt the butterfly stroke.

Later, after gorging ourselves in gelato, we headed back to the apartment to make dinner. On the way, we spotted a friendly park game of cricket. I was then explained, in great detail, the rules of the game. 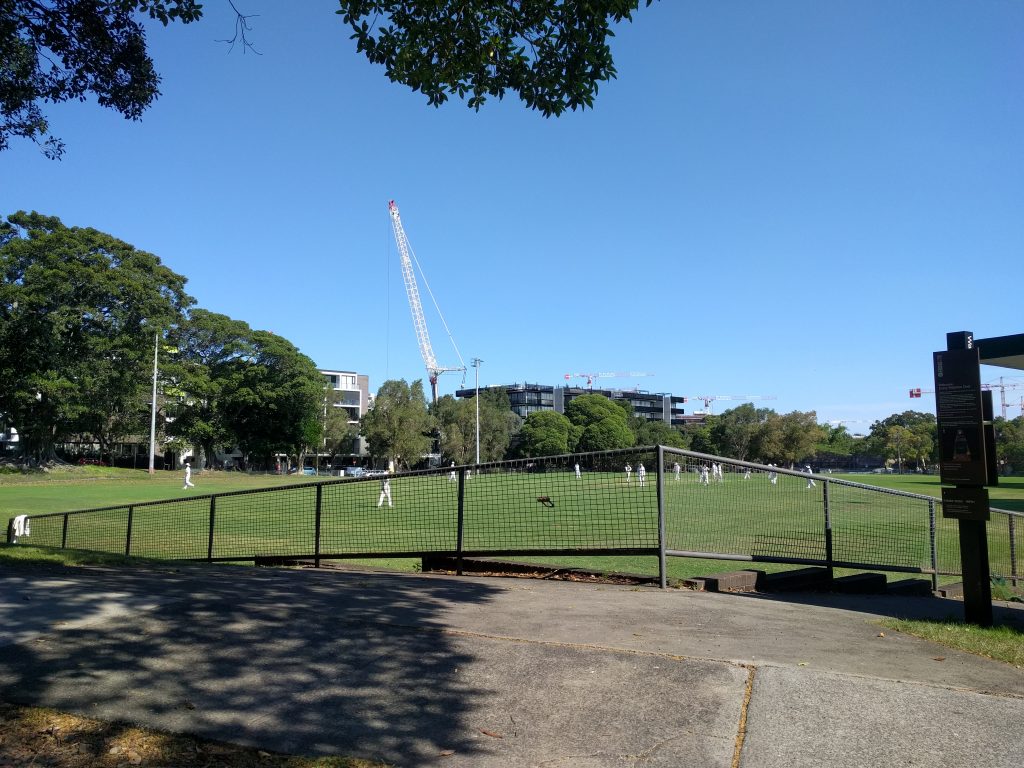