Braving the streets of Bali by scooter is basically a right of passage for every foreigner. The roads are organized chaos; you haven’t fully lived until you approach a four-way intersection that lacks a stop sign or stop light.

And today I took my scooter (that costs me $4.50 a day to rent) out of the hostel parking lot and into these roads.

Learning to ride a scooter isn’t the hard part. Learning to drive on the left side of the road where road rules are simply suggestions? Now that’s a different story.

I decided to just explore the area and get comfortable on the roads, and after driving for about 20 minutes, I pulled over to check my map. But as I turned the key to start my scooter again, it wouldn’t start.

So I mean, that’s awesome. Don’t mind me – just stranded in Canggu. 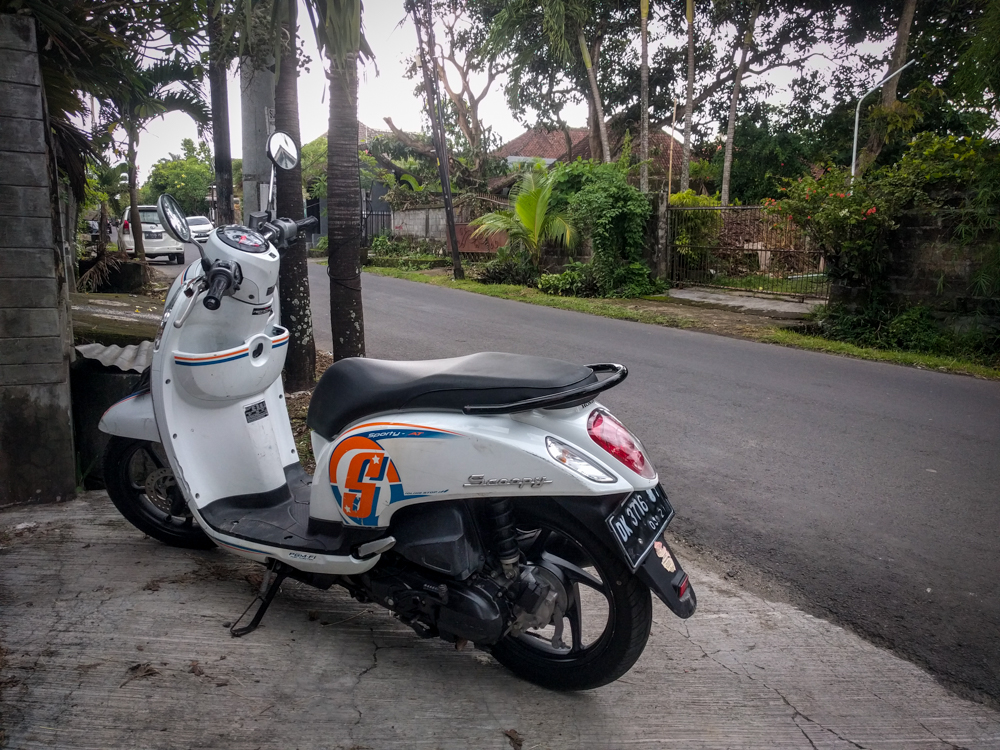 At first I thought I was out of gas, but that seemed absurd since I just got the scooter. Then I saw the check engine light flash when I tried to turn the key.

So one of my friends rode out to take a look, but our efforts were inconclusive. I caught a ride back to the hostel to talk about the scooter with the staff, and we discussed the possibilities. One guy said, “was your kickstand up?”

Well dang it. Apparently there’s a locking mechanism that hinders the scooter from starting when it’s down.

My friend and I rode back to my abandoned scooter, lifted the kickstand up, and tried again. Immediately worked. I felt really embarrassed to be honest. Such a rookie mistake.

Since we were already on our scooters, we decided to just keep on exploring and following roads that looked interesting. We ended up running into a Hindu temple that was having a holiday celebration with special costumes and music. It was so festive! Unfortunately, we both weren’t allowed to enter because of our clothes. Whomp whomp.

Eventually the afternoon rain began, and we arrived back at the hostel pretty soaked. But it’s always nice turning something negative into something positive. A good day for sure.

← Previous post: Learning to Ride a Motorcycle in Canggu Next Post: Thanksgiving at a Texas-Style BBQ Restaurant →