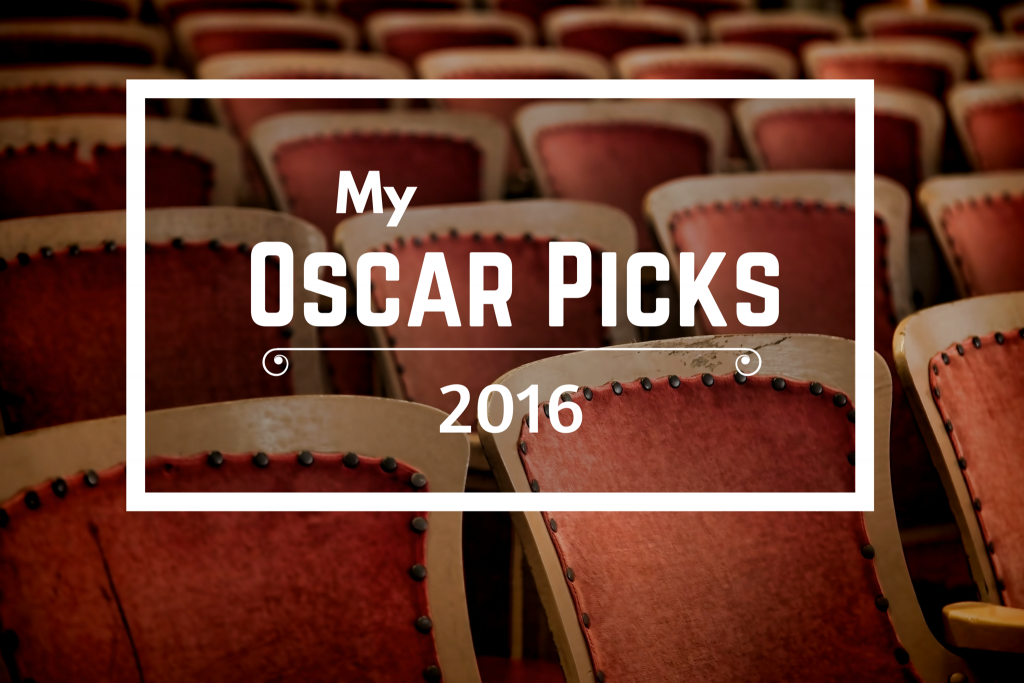 As January draws closer each year, I eagerly await to hear which movies will be nominated for an Academy Award like a child on Christmas Eve. Once the announcements have been made, I generally have a brief moment of sheer panic. After all, I have about 4 weeks to watch 30+ movies. But after breathing a bit, I hunker down to watch as many of the nominated movies as quickly as possible.

I have a pretty strong grasp on what was good this year and who I think should win.

“When I was small, I only knew small things. But now I’m five, I know everything!”

This movie is OUT-standing. My personal favorite of the season, hands down. Brie Larson’s performance was so raw that I quickly became absorbed into the storyline. Jacob Tremblay’s performance, however, really takes this movie to the next level. He acts just like a normal, 5-year-old boy. And because of that, the movie goes from great to feeling real. Together Brie and Jacob deliver an incredibly gut-wrenching movie about cruel injustices, but also about love.

“As long as you can still grab a breath, you fight. You breathe… keep breathing.”

This movie is breathtakingly beautiful. It was filmed using natural lighting, and it adds such a powerful dynamic to the already intense plotline. I’m going to say it, though – the movie is a little long. I felt cold, exhausted, and tense the entire time I watched it. My heart felt like a traitor thinking of Tom Hardy as an unfathomably grotesque human being. Leo doesn’t talk much in it, but I would give him the Oscar just for his heavy breathing alone.

My Oscar Pick: Cinematography, Best Actor in a Leading Role (Leonardo DiCaprio), and Actor in a Supporting Role (Tom Hardy)

“How have I ever deserved such love?”

This movie really challenged me to evaluate my definition of love. Throughout the whole story, Alicia Vikander’s performance had me sobbing. I watched, in agony, as she loved her husband through all of his life choices. I watched as she adjusted her love to whoever her husband became, and that spoke volumes to me.

My Oscar Pick: Actress in a Supporting Role (Alicia Vikander)

This. This movie. I must admit, I’ve been on hashtag TeamCinderella since I was five. I saw the midnight premiere of this 2015 version on my 23rd birthday. This is the level of dedication we’re working with. So obviously I was pumped to see it. Not to be dramatic – but this movie was everything I hoped and dreamed it would be. The ball gowns made my head swirl in a tizzy of taffeta and satin. If it doesn’t win best costume design, I might riot in the streets. Totally casual.

“Where must we go, we who wander the wasteland, in search of our better selves.”

This movie definitely lives up to its name – it’s completely mad. But would you believe it, I actually really liked it. Don’t misunderstand me, it’s like 70% car chases so do not expect much dialogue. But for some very strange and odd reason, I found myself totally getting into it. And CRIED at one point. That’s how invested I got. So my advice – mentally prepare yourself for crazy, but definitely watch it.

“We live in an era of fraud in America. Not just in banking, but in government, education, religion, food. Even baseball…”

Let’s be honest – I only understood about 40% of this movie. It has such complex, financial jargon, that the movie incorporates people like Anthony Bourdain and Selena Gomez to explain these fancy terms for us normal folks. Regardless of my lack of financial background, I still found it to be highly entertaining. Overall, you’ll definitely walk away from the movie with a sense of moral obligation to your fellow American. And that’s a win in my book.

This movie contains my favorite Hollywood duo: Tom and Steven. Tom Hanks and Steven Spielberg are pure movie magic, and this movie is no different. Should it win Best Picture? I mean, probably not. But will you want to hang an American flag and eat cherry pie after watching it? Most definitely. Plus Thomas Newman is a genius composer. The trumpets will make you want to cry and cheer – all the feels. Honorary award to Tom Hanks because his performances always deserve an honorary award.

Oscar Nominated Movies You Should Watch:

“Homesickness is like most sicknesses. It’ll make you feel wretched, and then move onto somebody else.”

If you loved the American Girl movies growing up, then you’ll love this movie. It’s the sophisticated, grown-up version of those cherished memories. The movie includes strong themes of independence, bravery, and heart… I’m pretty sure I just described the stories of Samantha, Felicity, or Kirsten…

I found this movie to be incredibly gripping, but also sickening. The movie definitely has a long list of standout actors that deliver pretty great performances. My only reserve? Sometimes new names and characters would get thrown into the plot way too fast to catch. So just a heads up on that. Bonus: Stanley Tucci is in it. Major selling point.

“The musicians play their instruments, I play the orchestra.”

To be honest, I was expecting this movie to be Jobs 2.0. You know, the Ashton Kutcher movie that came out 3 years ago? But the movie Steve Jobs was completely different from what I was expecting. The plot and timeline were so unique and fresh that I thoroughly enjoyed watching it. I really felt a tangle of emotions from hating someone I wanted to love, and hating that I loved someone so much.

It’s Jennifer Lawrence. That should sell you right there. It also has Bradley Cooper. And Brad and Jen (as I casually call them) are my current movie OTP. But this movie goes far deeper than cheap feel goods. It discusses themes of emotional suppression and standing up through failure. I mean *whistle* it’s a rollercoaster. Fun fact – I wanted to slap the stepsister through the entire movie.

“You will not survive here. You’re not a wolf. And this is a land of wolves now.”

Can we just discuss how I’ve never watched a movie with Emily Blunt that I didn’t like? The movie centers around the idea of Law vs. Justice, and it constantly made me question which one was right. As Emily’s character uncovers more of the underbelly of her mission, she becomes torn between what she knows is right and what she feels is right. Some very brief parts were a little too SOCOM III circa 2005, but overall it was pretty stellar.

This movie will make you realize how absolutely ludicrous the Hollywood Blacklist was – not to mention unconstitutional. Though the movie at times felt like a political piece, it also delved deeper than that. There was such heart and trial within those tough years of the Trumbo family. It definitely made me want to watch all of the movies Trumbo won Oscars for, that’s for sure. Diane Lane and Bryan Cranston deliver phenomenal performances (like that was ever going to be a question). If anyone could take the Oscar away from Leo, it would be Bryan.

I’m going to be honest with you – I’ve never seen the Rocky movies. *gasp* I know, how un-American of me. But even though I’ve never seen the movies leading up to Creed, I was able to still follow along and enjoy the movie. As I was watching, I was seriously getting exhausted while Adonis worked out. I felt like I was gettin’ dem gainz too, ya know? I actually punched the air at one point. I mean, seriously Meagan. Calm down.

And those are my 2016 Oscar Picks! Did I miss a really stellar movie this year? Tell me about your favorites in the comments!