Togs, Queues, and Other Nonsense

Traveling with Topdeck had some major perks. For starters, I didn’t have to worry about the hassle of finding accommodations every single night. I also didn’t need to book endless amounts of train tickets or stress about daily details. But my favorite perk? Getting to travel for four weeks with a bunch of Aussies and Kiwis, no question. 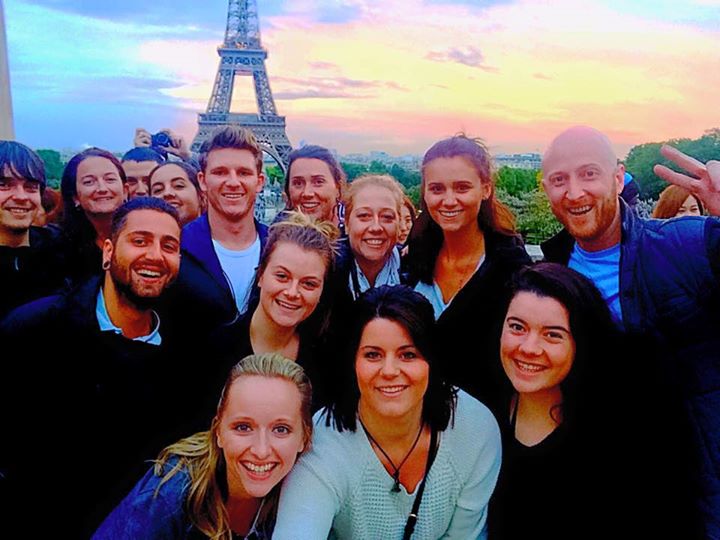 Though Topdeck is an internationally recognized tour company with trips spanning across the globe, many of their travelers hail from either Australia or New Zealand. And since I knew next to nothing about the Southeastern Hemisphere, I took this opportunity to immerse myself in their culture. I mean, it’s not like they’re an indigenous people group riding to work on kangaroos, but they do eat vegemite/marmite. So I mean, that tells you all you need to know.

Over the course of my four-week trip, I learned all kinds of new words and phrases that differed from my American vocabulary. Some words were pretty close, and I knew the gist of what it meant. Other words? Not a clue. So I wrote them down in my phone like a mad woman, and now I get to share them with you!

Let’s start off with the most common word. What the heck is a Kiwi? Apparently, a kiwi is a small, flightless bird native to New Zealand. It’s actually quite cute. So because of the bird’s origin, people from New Zealand are often called Kiwis as well.

Used in a sentence: There were a lot of Aussies and Kiwis on the tour.

This word was used all the time. I probably heard it at least once every three or so hours. It’s basically the substitute word for “tons.”

Used in a sentence: “were there a lot of people at the pool?” “Oh, heaps.”

Such a common Aussie / Kiwi phrase, and it means exactly how you read it. They asked me what Americans would say in the same situation, and I really couldn’t find a substitute. All I had was, “I don’t want to.” We’re a bit more harsh, I suppose.

Used in a sentence: I thought about doing some work today, but I couldn’t be bothered.

This refers to a line. Apparently they also use the word “line” if it literally looks like a line of people. But for the most part? Just queue.

Used in a sentence: Be sure to buy your ticket online to avoid the queue.

It means you like/want to. I’ve actually heard this word thrown around in the US once or twice since being back.

Used in a sentence: I’m really keen on seeing the Pantheon today.

It’s what Kiwis call their swimsuits, and it’s a personal favorite of mine.

Used in a sentence: Grab your togs, and let’s go to the beach.

This was probably the most confusing word I learned. Tea refers to dinner. It just doesn’t make sense, but I can roll with it.

Used in a sentence: I’m going to take a nap before tea.

It means french fries, which a majority of Americans already knew thanks to BBC cluing us in. Fun fact – if you ask a grocery store worker in Barcelona for tortilla chips, they’ll lead you to frozen french fries. So that didn’t work the way I was hoping it would.

This was quite a conversation piece between me and the Aussies / Kiwis. We both agreed that little cocktail shrimps were indeed called shrimps. But when they’re bigger, they call them prawns. They asked me what we call them in America, and I had to think for a second. I replied, “jumbo shrimp, I guess” to which they laughed in my face and made Super Size jokes. Yeah, I get it. America has huge portions. Let’s all laugh at the fat country.

This is what they call their Bachelor and Bachelorette parties. I thought it sounded more festive!

Used in a sentence: A bunch of girls in Avignon were having a Hens Night.

What Kiwis call band-aids. I think it makes it sound more medically advanced. See what I mean below.

Used in a sentence: There was blood everywhere until I put a plaster on it.

I tried really hard to get the actual, pure definition of what a jumper was. It’s still up for interpretation. Basically, from what I gathered, a jumper can be a sweater, a pullover, or a sweatshirt.

Another personal favorite of mine. I would hear this phrase daily. Basically it means to add it or to discard it. You really have to be paying attention to the context.

Used in a sentence: Just chuck it in the rubbish bin / Just chuck a jumper over your dress.

It means you’re really upset or disappointed about something.

Used in a sentence: I was gutted when I found out that the Trevi Fountain was under construction.

Used in a sentence: You really need a torch to find your way back from Paradise Beach to the hostel while in Mykonos.

Aussie / Kiwi slang for McDonald’s. So kind of like our Mickey Dee’s.

Used in a sentence: I bet you can get good wifi at Macca’s.

Bell peppers. I have no idea where capsicum even comes from. At least bell peppers actually sort of look like bells.

Used in a sentence: I’m going to put some capsicums on my fajitas.

This was my favorite thing, hands down. After everyone sings happy birthday, Aussies and Kiwis literally all go into, “hip hip….HOORAY – hip hip… HOORAY – hip hip…. HOORAY!” I got really into this. So much enthusiasm. 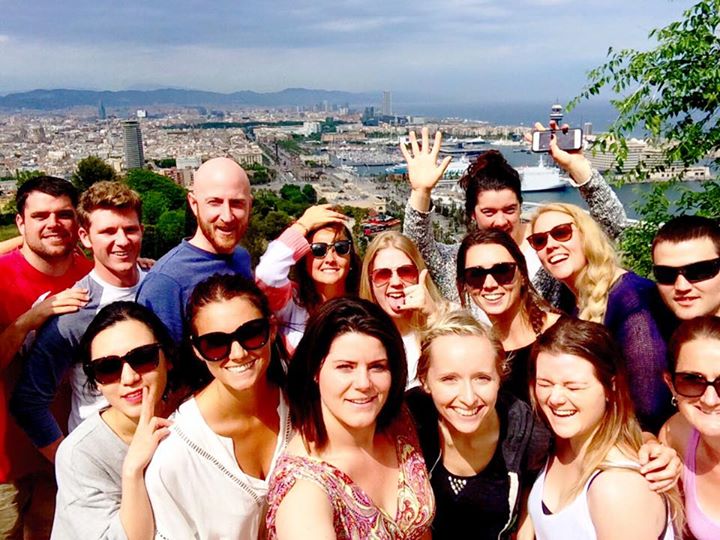 I actually found myself using quite a few of these new words by the end of the trip, and I still use a few of them since returning to the US. After spending weeks with my Topdeck family, I’m pretty sure I left my heart with the Aussies and Kiwis. Hopefully, I can make my way to the other side of the world and use my new, nifty words soon.